Is the outspoken musical genius destroying or helping his personal brand?
Next Article

After a long hiatus, Kanye West returned to Twitter a few weeks ago -- and he did not do it quietly. Recently, he’s tweeted his admiration for controversial conservative commentator Candace Owens and professed brotherly love for Donald Trump. Yesterday, he sent his 28 million followers a link to an interview with TMZ where he made extremely contentious remarks about the history of slavery in America.

It’s fair to say that West has captured the world’s attention, but to what end, we can’t be sure. Is he truly embracing “freedom of thought” as he calls it or is this all a publicity stunt? Or maybe it is a little bit of both? It remains to be seen what kind of impact his recent social media posts will have on record and clothing sales, but fans of Ye know that controversy is kind of his thing.

West has built an incredible career from genius-level music and headline-generating stunts. Here is a look at some of the most eye-popping Kanye West moments.

Calls slavery 'a choice' on TMZ. 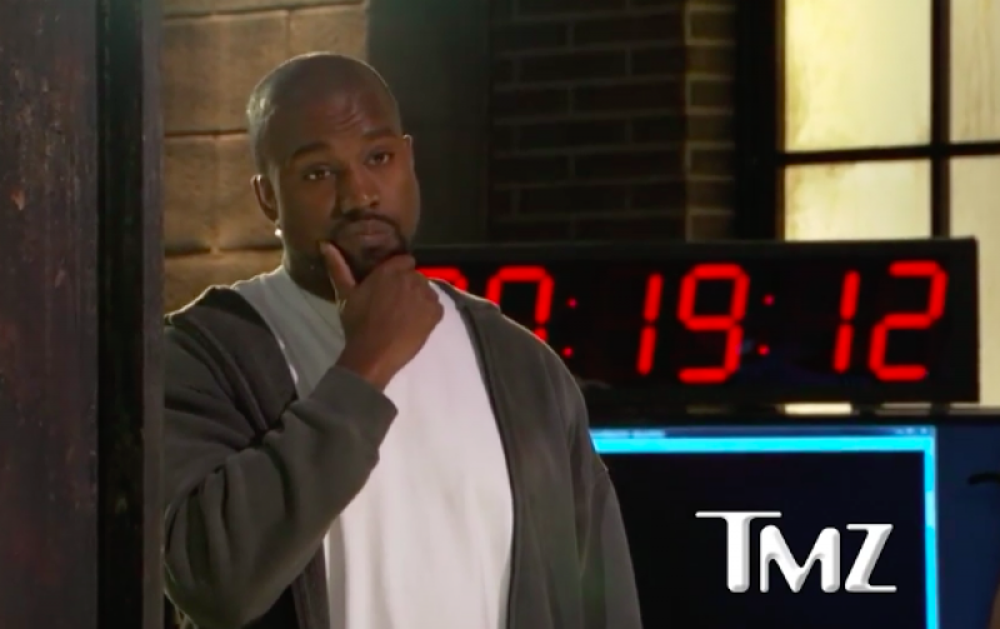 During an appearance on TMZ Live, West spoke at length about an assortment of subjects, but it was his take on slavery in America that caused an uproar.

"When you hear about slavery for 400 years. For 400 years? That sound like a choice,” he said. TMZ reporter Van Lathan took issue, telling West that there are "real-life consequences behind everything that you just said." Lathan continued, "While you are making music and being an artist and living the life that you earned by being a genius, the rest of us in society have to deal with these threats to our lives." 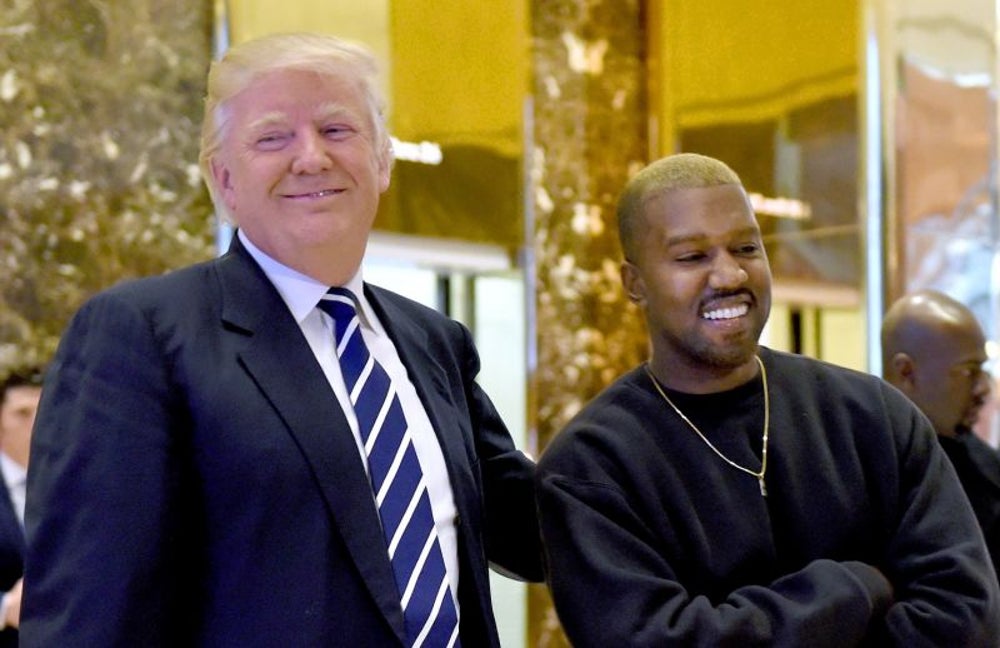 President Donald Trump has not had a lot of supporters in the hip-hop world, but Kanye took to Twitter on April 25, writing, "You don't have to agree with trump but the mob can't make me not love him. We are both dragon energy. He is my brother. I love everyone. I don't agree with everything anyone does. That's what makes us individuals. And we have the right to independent thought." 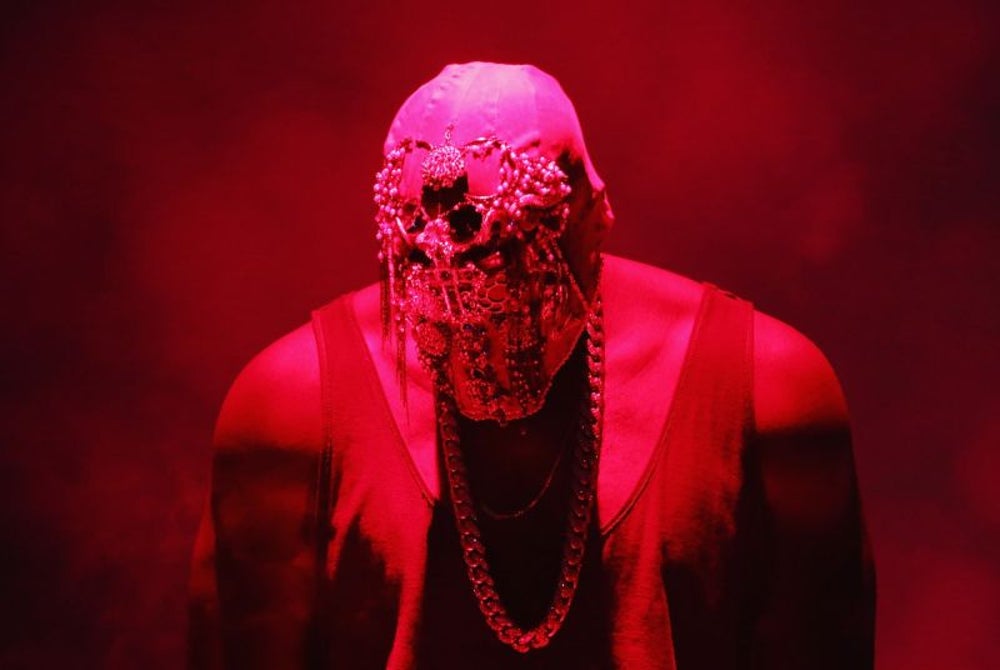 While performing in Sydney, Australia, in support of his 2014 Yeezus tour, West stopped the show, explaining, “I can’t do this show until everybody stand up.” According to Time, he singled out two fans who stayed seated and were booed by the crowd. “This is the longest I’ve had to wait to do a song, it’s unbelievable,” West said. After some back and forth, West learned that the reason they weren’t standing was that they couldn’t -- one was wheelchair bound and one waived their prosthetic leg at him.

Can be a sore loser. 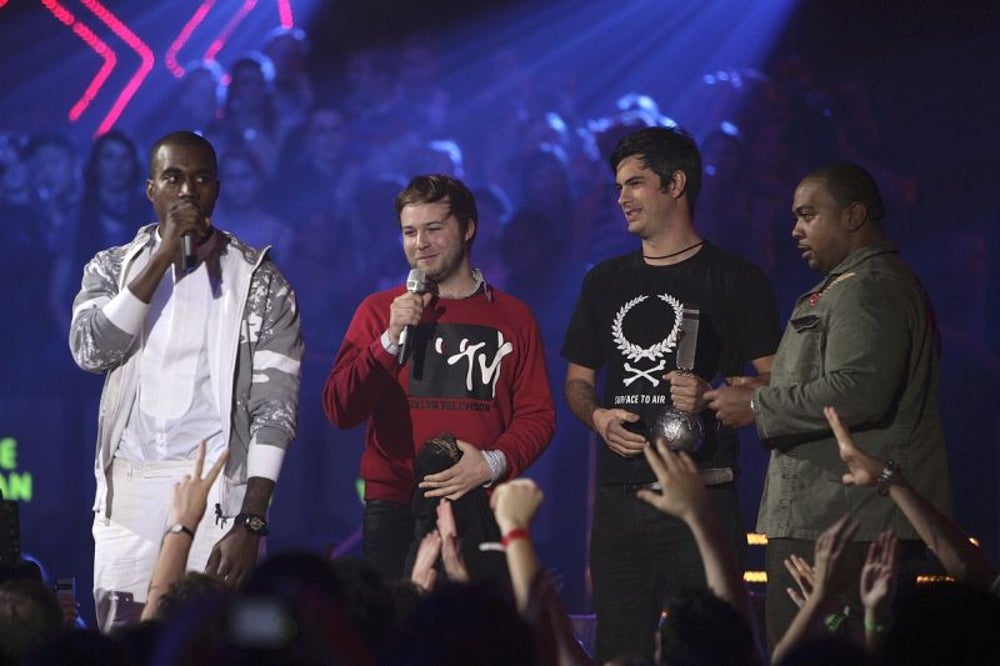 At the 2006 MTV Europe Music Awards, West stormed the stage after his “Touch the Sky” lost to Justice Vs Simian for Best Video. “It cost a million dollars,” he ranted. "Pamela Anderson was in it. I was jumping across canyons.” To be fair, he did have a point.

Swiffers Taylor Swift to the side. 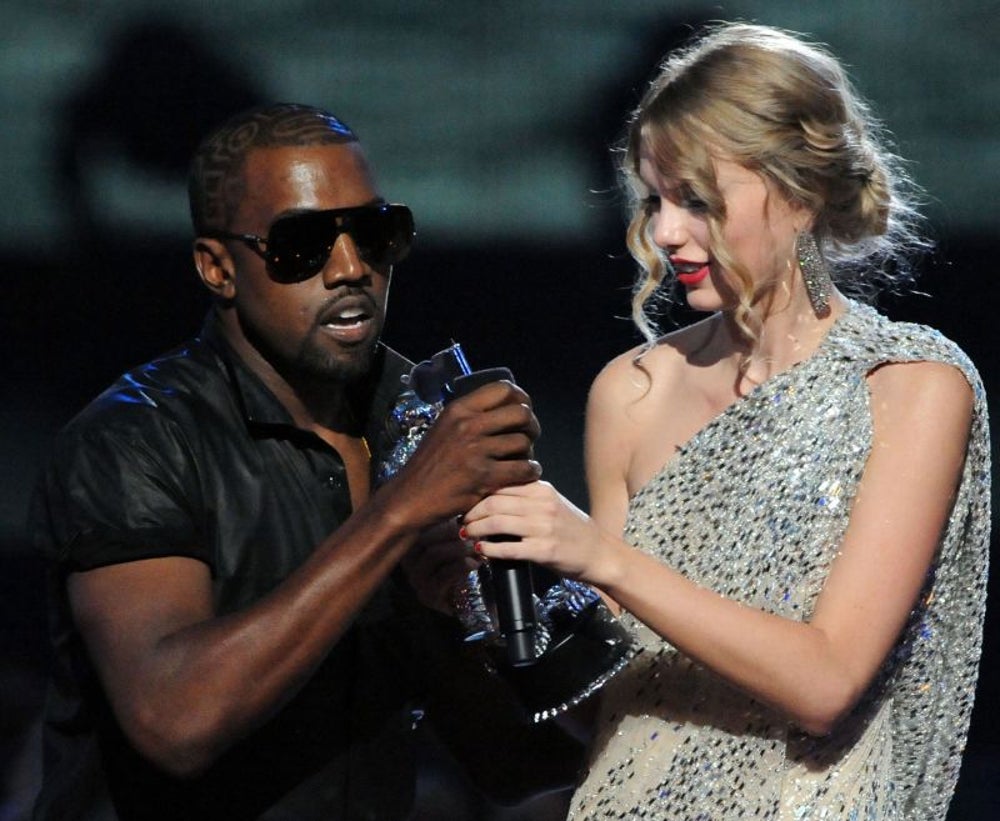 In probably one of his most widely-known flip-outs, West interrupted Taylor Swift’s acceptance speech at the 2009 MTV Video Awards, saying, “Yo Taylor, I’m really happy for you, Imma let you finish but Beyoncé had one of the best videos of all time.” Again, he kinda did have a point. 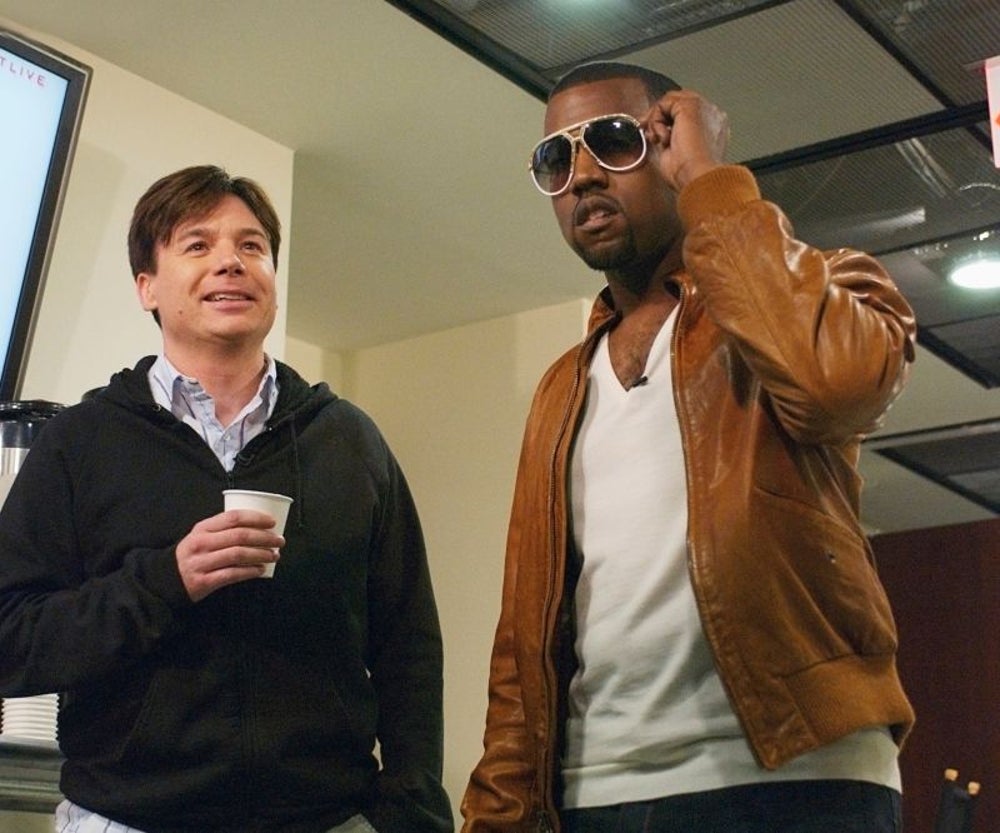 During a telethon for disaster relief for victims of Hurricane Katrina, West went off script during a segment with Mike Myers, saying, “George Bush doesn’t care about black people.”

Related: A Hurricane Hit My Business and Knocked Out the Power. Here's How I Responded. 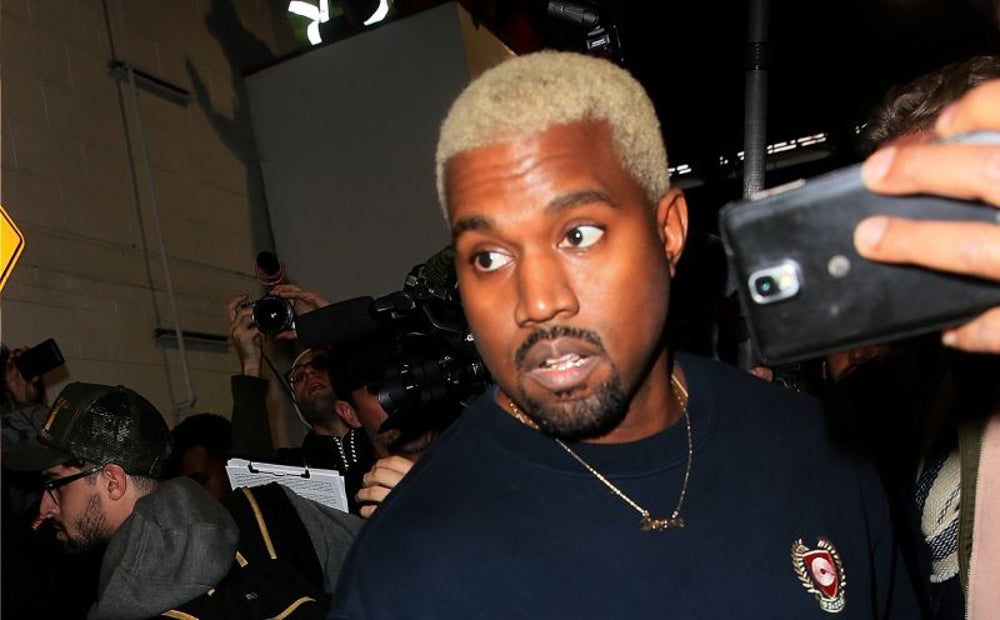 While touring to promote awareness of global poverty, West claimed that AIDS is a “man-made disease” and was “placed in Africa just like crack was placed in the black community to break up the Black Panthers.” 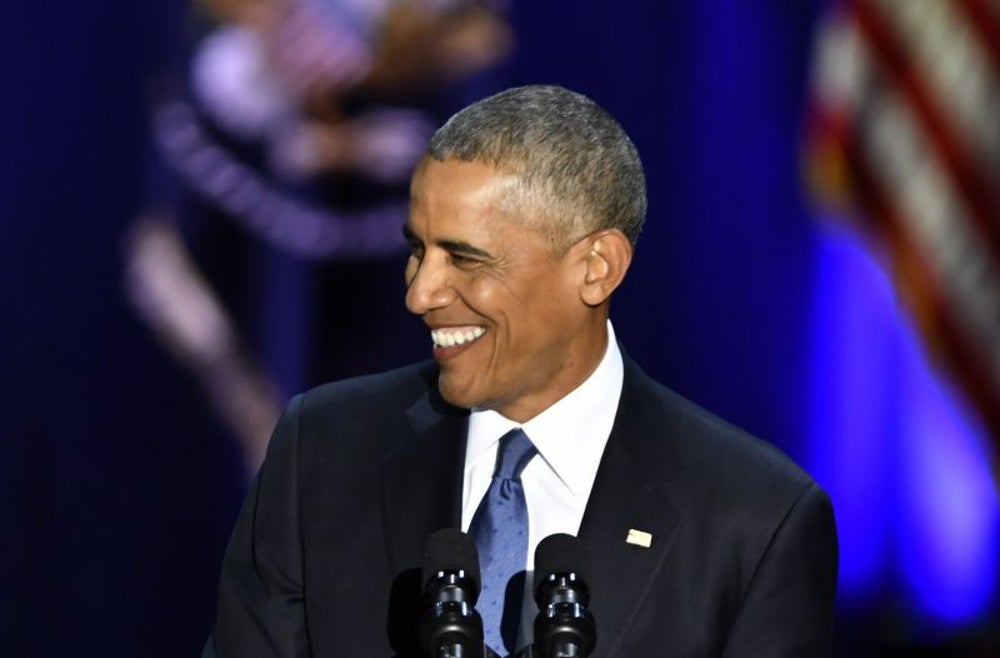 During an epic interview with rapper Charlamagne Tha God, West said he still wants an apology from Barack Obama, who called West a "jackass" after the Taylor Swift incident in 2009. "Sometimes a conversation can help show respect for a situation," West explained.