While Snapchat might have lost its mojo, Evan Spiegel sure didn't.
Next Article

Snap Inc. co-founder and one of the youngest billionaires of the decade Evan Spiegel has plenty of wisdom to share with the rest of the world.

While studying at Stanford in 2011, Spiegel developed Snapchat with his co-founders Bobby Murphy and Reggie Brown. The groundbreaking tech shook up the social media world, offering a fun, new way for people to send and receive disappearing photos and videos. While the platform has since gone public and its technology mimicked by other major social media channels like Facebook and Instagram, it still remains a popular social sharing app with Spiegel as its co-founder and CEO.

And thanks to this success, Spiegel has topped the list for some of today's most successful and wealthiest under-30-year-olds, recently being the named youngest member of Forbe's 2017 Forbes 400 list. There's much to learn from Spiegel and his work at Snap Inc. To learn more, here are nine quotes from the billionaire millennial. 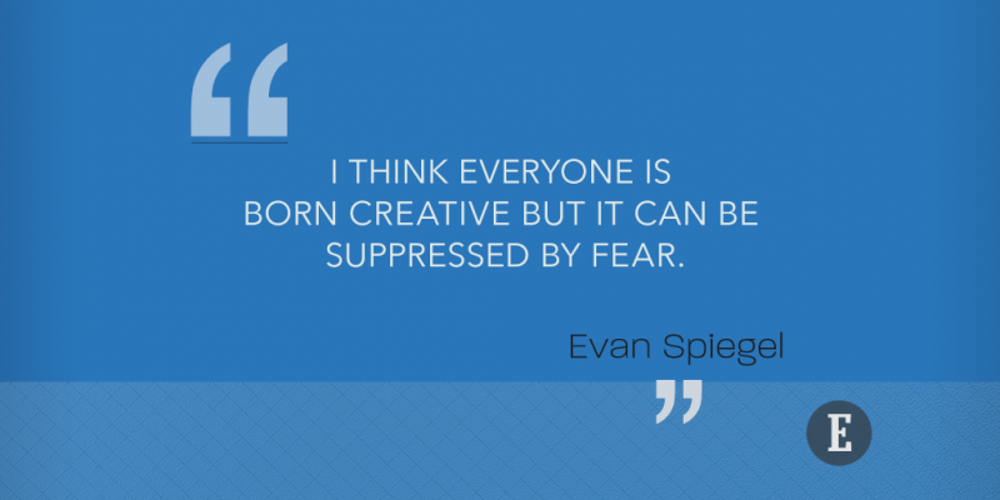 Image credit: Entrepreneur
"I think everyone is born creative but it can be suppressed by fear." -- Evan Spiegel 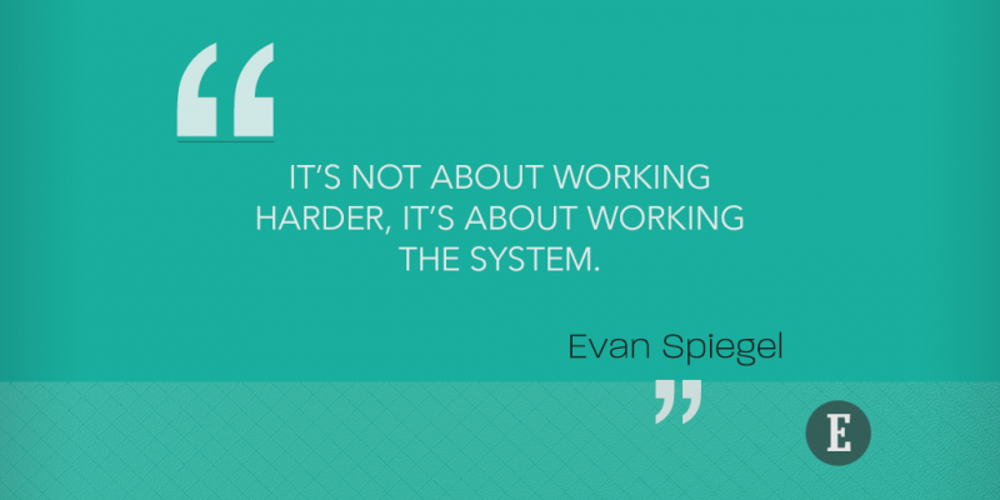 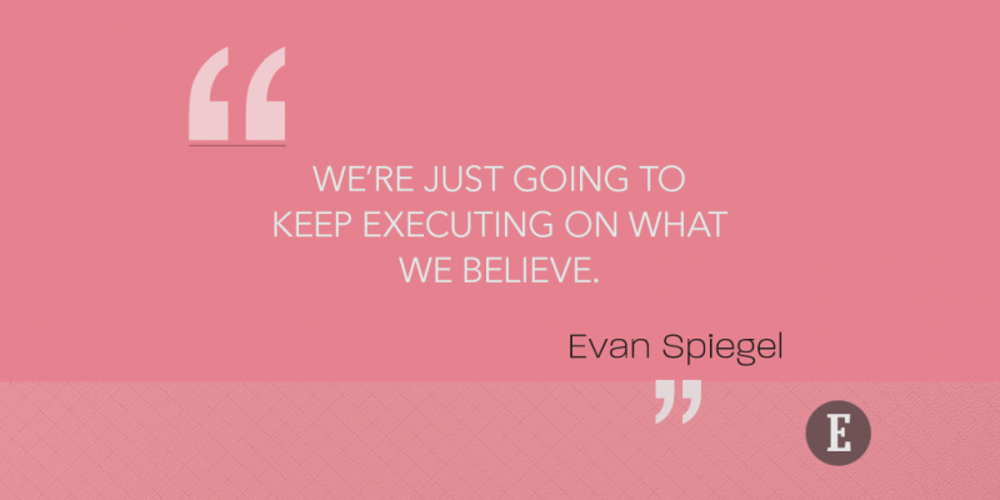 "We're just going to keep executing on what we believe." -- Evan Spiegel 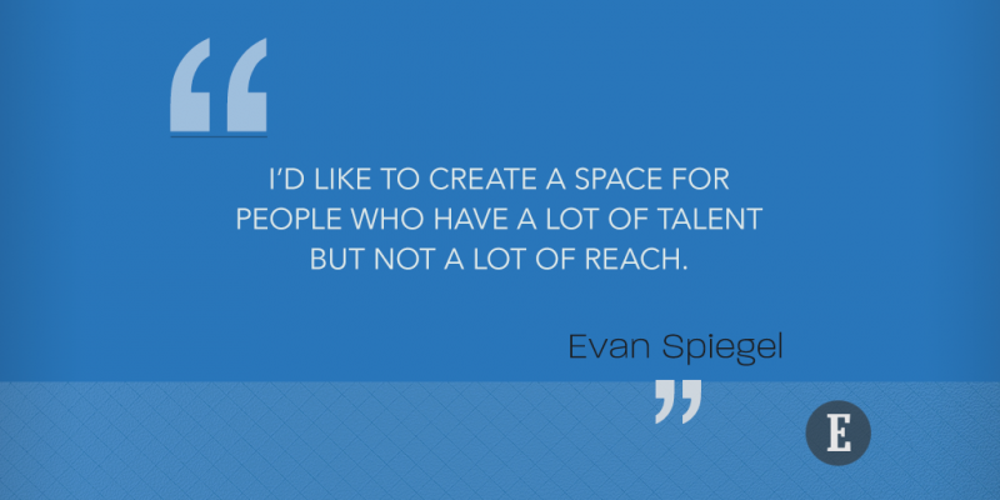 Image credit: Entrepreneur
"I'd like to create a space for people who have a lot of talent but not a lot of reach." -- Evan Spiegel 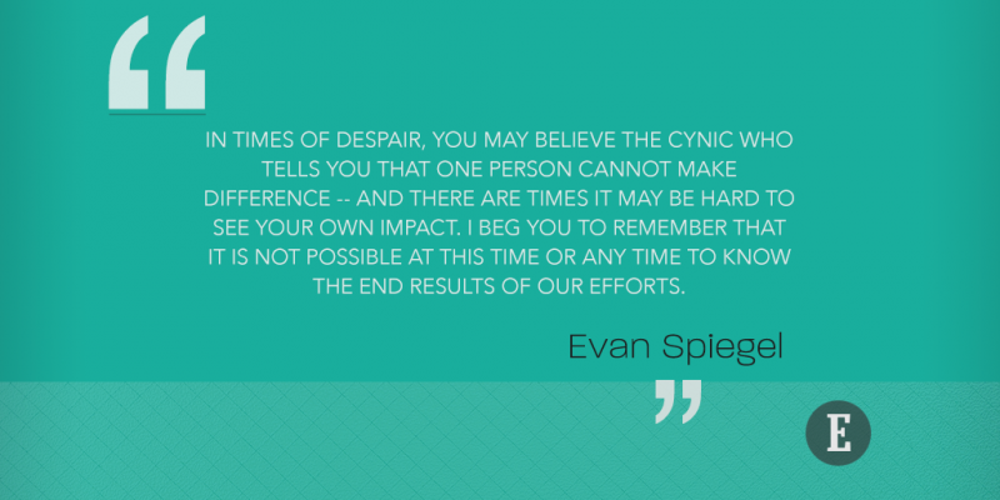 Image credit: Entrepreneur
"In times of despair, you may believe the cynic who tells you that one person cannot make difference -- and there are times it may be hard to see your own impact. I beg you to remember that it is not possible at this time or any time to know the end results of our efforts." -- Evan Spiegel 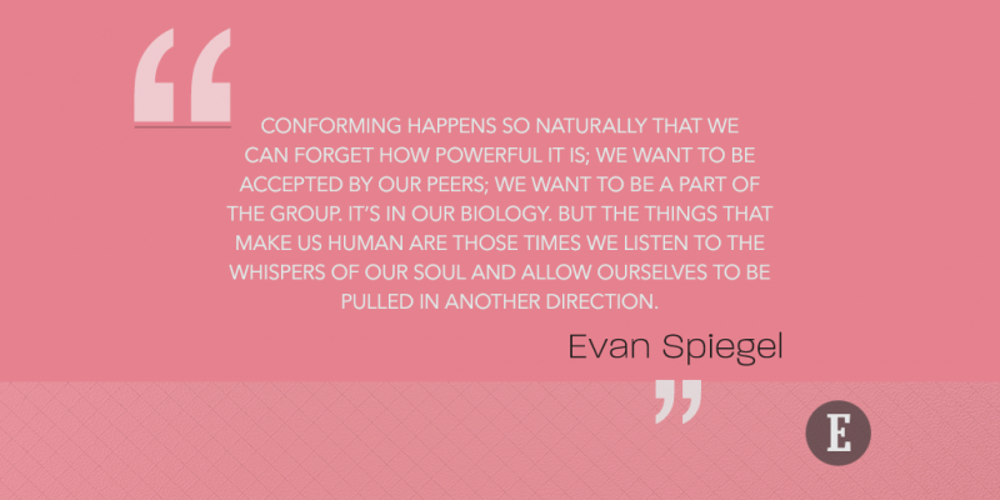 Image credit: Entrepreneur
"Conforming happens so naturally that we can forget how powerful it is; we want to be accepted by our peers; we want to be a part of the group. It's in our biology. But the things that make us human are those times we listen to the whispers of our soul and allow ourselves to be pulled in another direction." -- Evan Spiegel 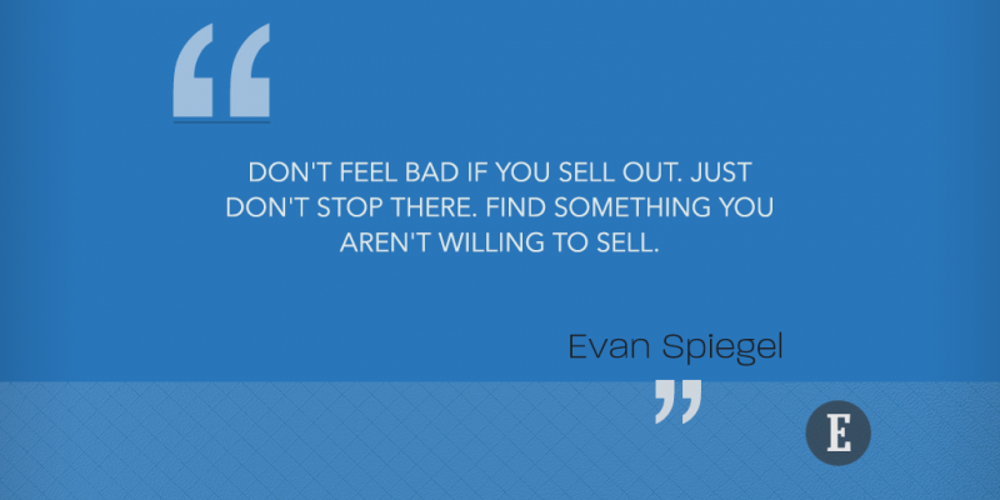 "Don't feel bad if you sell out. Just don't stop there. Find something you aren't willing to sell." -- Evan Spiegel 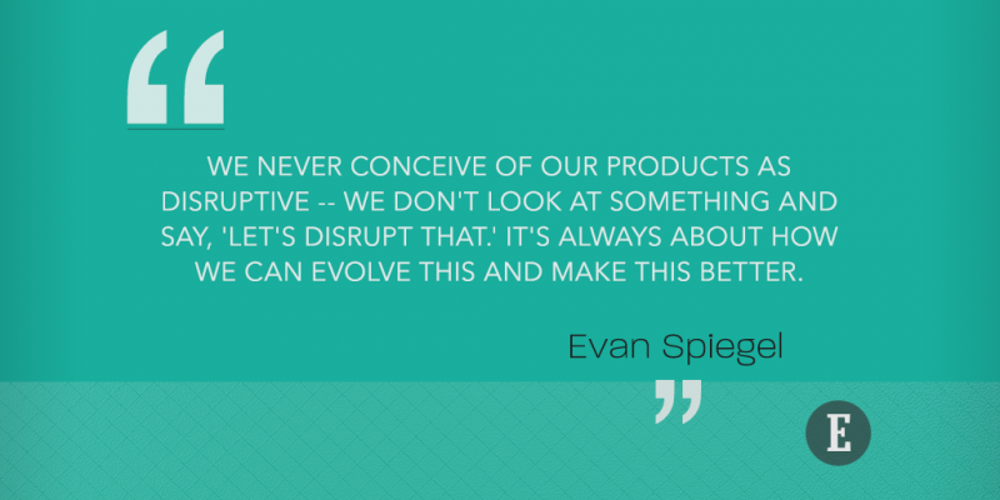 "We never conceive of our products as disruptive -- we don't look at something and say, 'Let's disrupt that.' It's always about how we can evolve this and make this better." -- Evan Spiegel 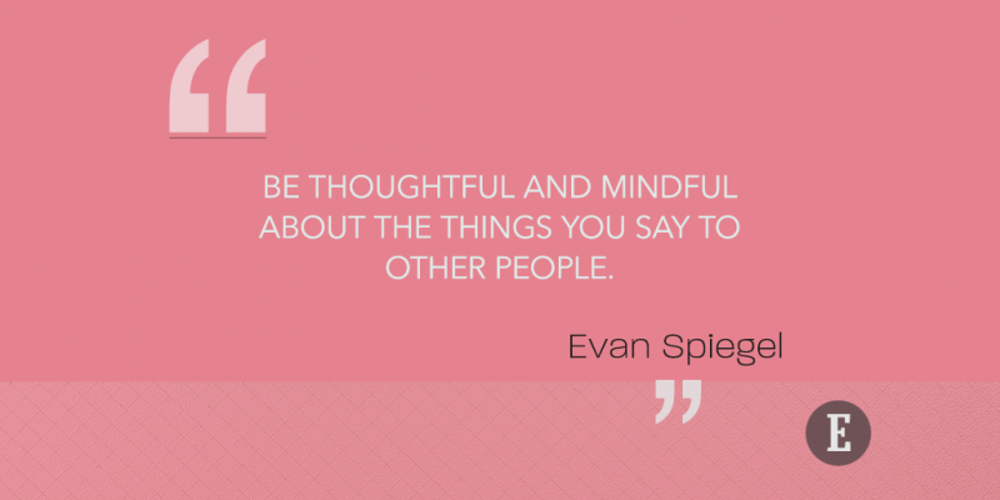 Image credit: Entrepreneur
"Be thoughtful and mindful about the things you say to other people." -- Evan Spiegel
More from Entrepreneur