Burch's story can teach you the importance of hard work, growth and knowing the right moment to make your entrepreneurial leap.
Next Article Add to Queue

Before becoming the successful entrepreneur she is today, fashion designer Tory Burch climbed the ranks of New York City’s elite fashion industry. After graduating from school, Burch became the assistant to fashion designer Zoran, doing coffee runs and picking up dry cleaning. After some time, Burch was hired by Harper’s Bazaar, and later Ralph Lauren, Vera Wang and Loewe, where she quickly climbed the corporate ladder.

It was during her time at Loewe that Burch came up with her concept for an affordable yet chic fashion brand. Pregnant with her third child, Burch made the entrepreneurial leap and launched Tory Burch with the help of a small team working out of her New York City apartment. It wasn’t before long that Burch was opening up stores around the country, and selling her products in major department stores.

Burch has won several awards and recognitions for her accomplishments, including 2008 Accessory Designer of the Year by CFDA and placement on both Forbes’ Most Powerful Women list and its America’s Self-Made Women list.

Here are nine inspiring quotes from Burch on dreaming big, being a leader and handling criticism. 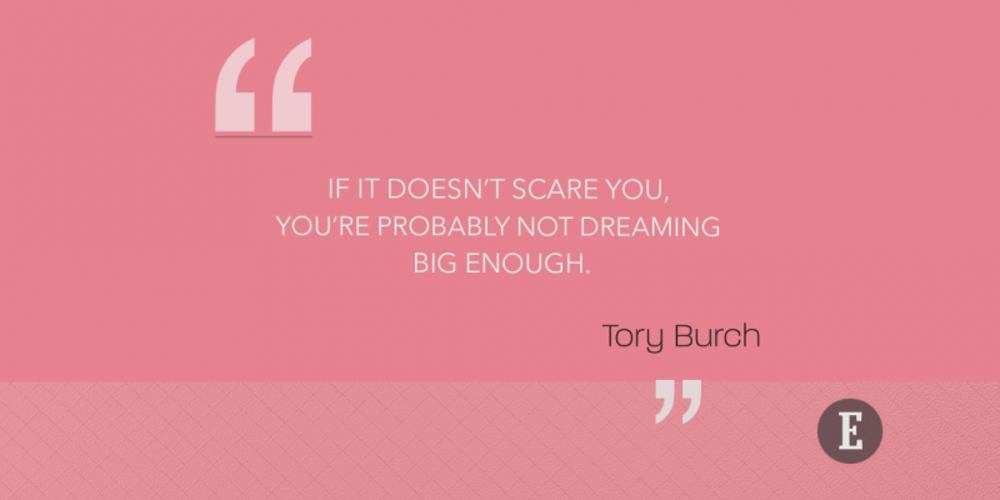 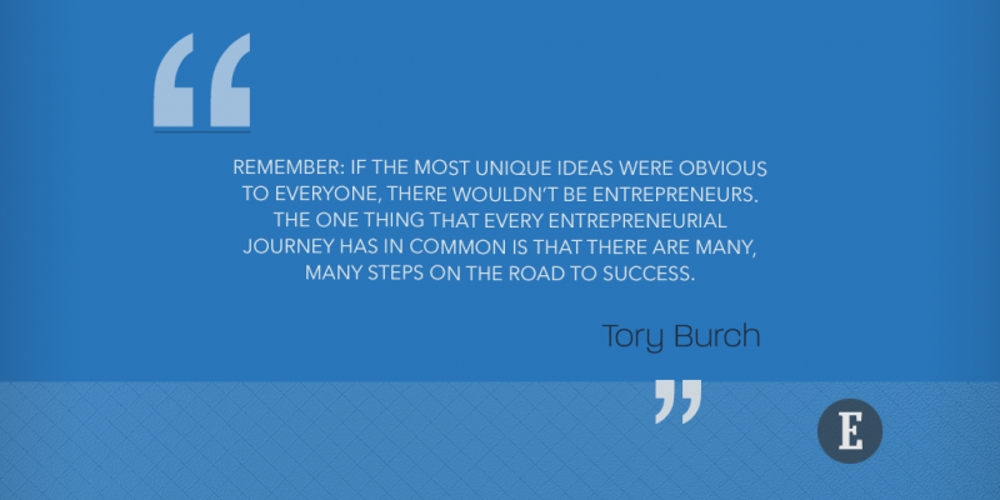 Image credit: Entrepreneur
“Remember: if the most unique ideas were obvious to everyone, there wouldn’t be entrepreneurs. The one thing that every entrepreneurial journey has in common is that there are many, many steps on the road to success.” -- Tory Burch 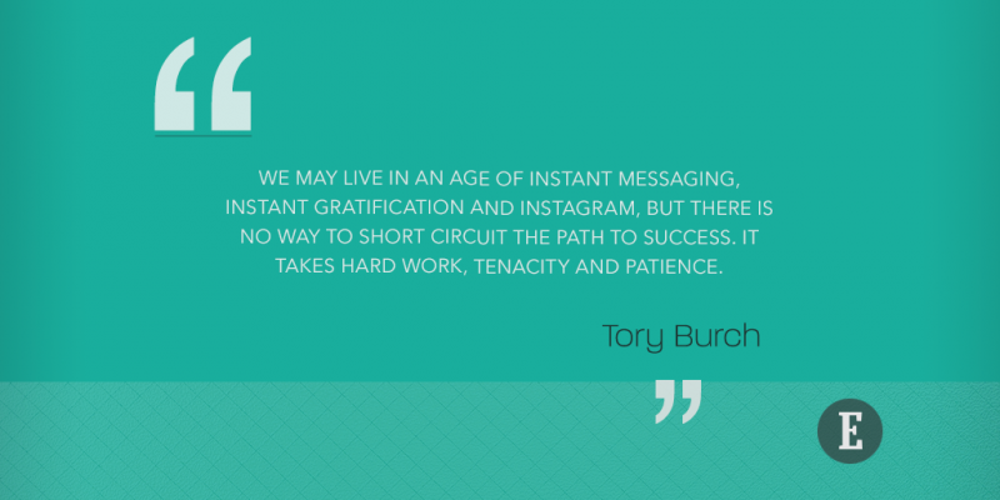 Image credit: Entrepreneur
“We may live in an age of instant messaging, instant gratification and Instagram, but there is no way to short-circuit the path to success. It takes hard work, tenacity and patience.” -- Tory Burch 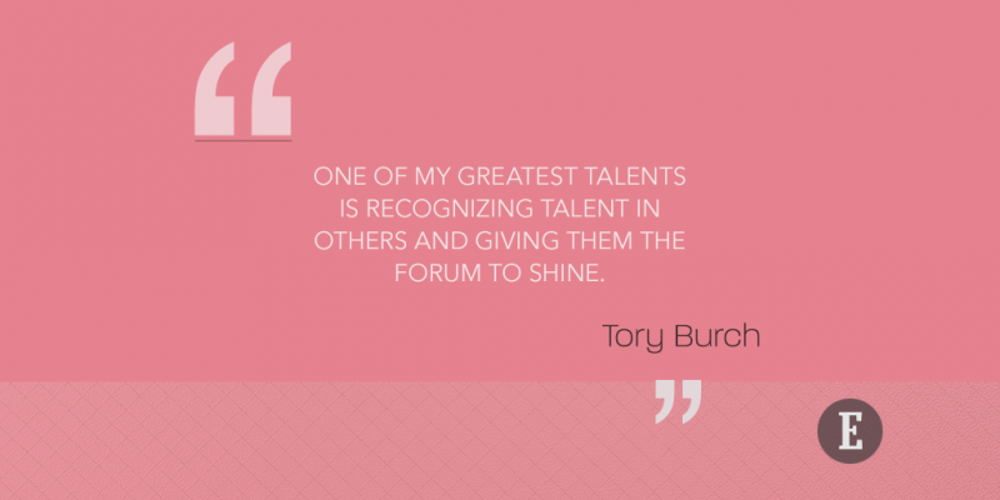 Image credit: Entrepreneur
“One of my greatest talents is recognizing talent in others and giving them the forum to shine.” -- Tory Burch 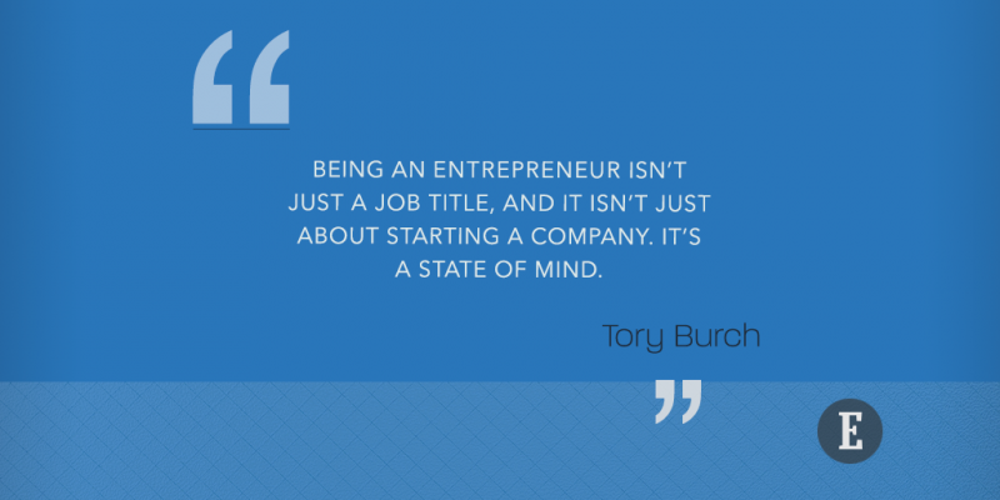 Image credit: Entrepreneur
“Being an entrepreneur isn’t just a job title, and it isn’t just about starting a company. It’s a state of mind.” -- Tory Burch 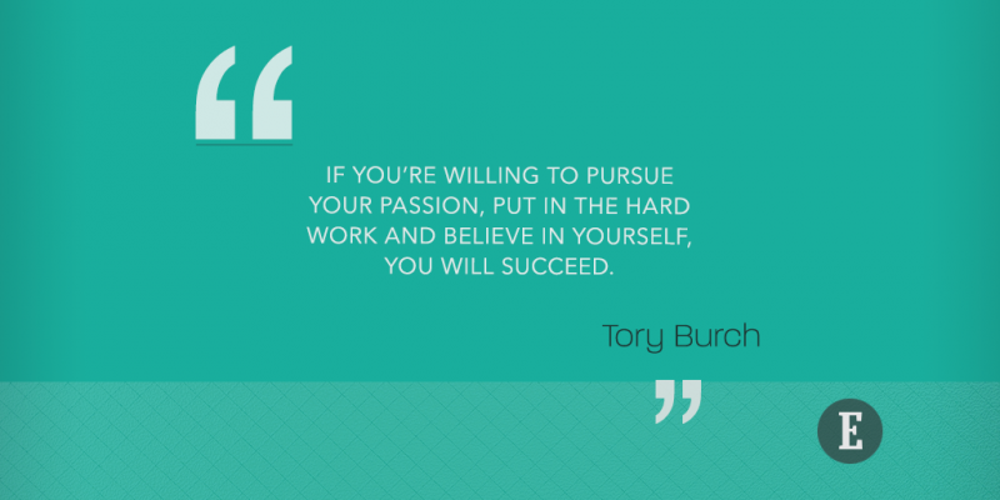 Image credit: Entrepreneur
“If you’re willing to pursue your passion, put in the hard work and believe in yourself, you will succeed.” -- Tory Burch 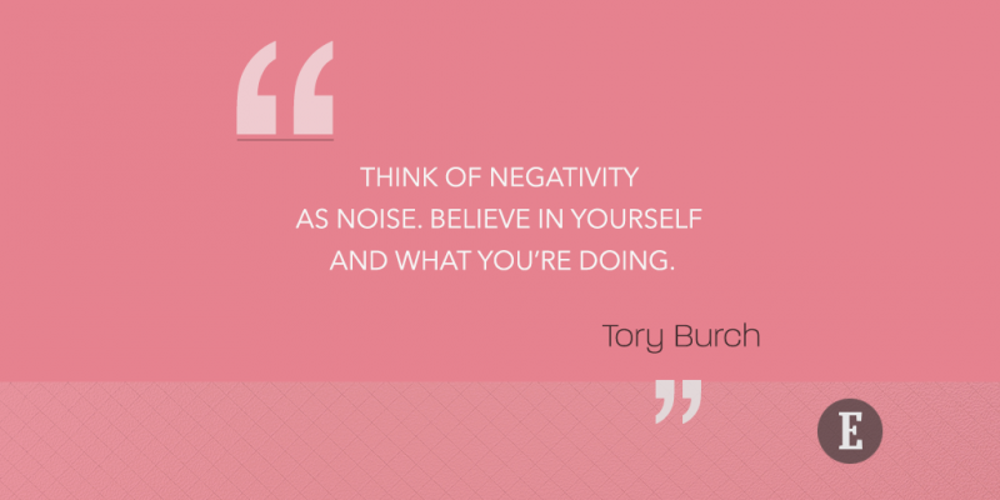 Image credit: Entrepreneur
"Think of negativity as noise. Believe in yourself and what you're doing." -- Tory Burch 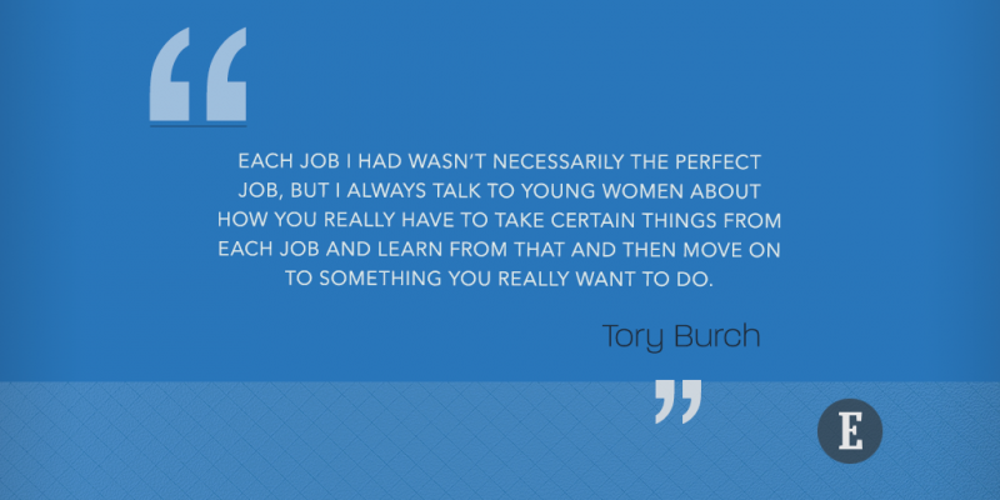 Image credit: Entrepreneur
"Each job I had wasn't necessarily the perfect job, but I always talk to young women about how you really have to take certain things from each job and learn from that and then move on to something you really want to do." -- Tory Burch 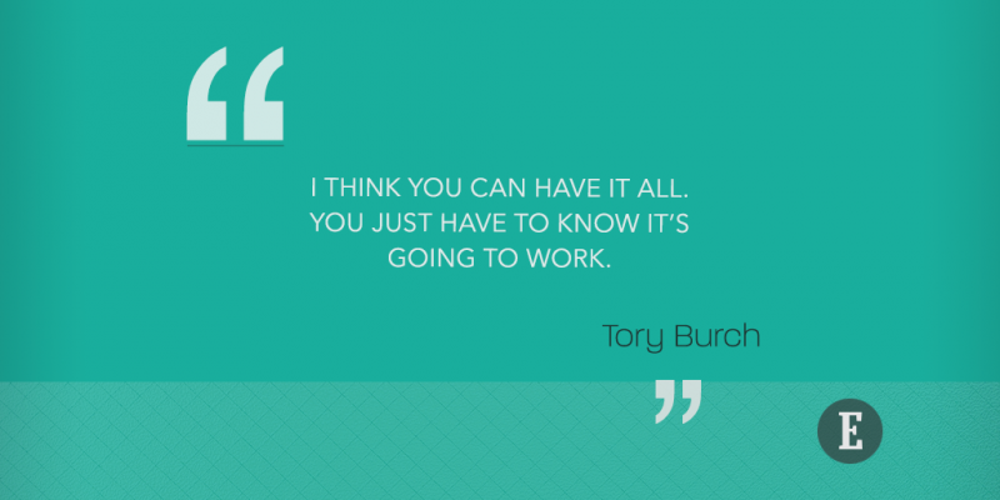 Image credit: Entrepreneur
"I think you can have it all. You just have to know it's going to work." -- Tory Burch

37 Quotes on Motivation From the World's Most Influential Leaders

17 Inspirational Quotes to Instantly Foster Teamwork When Unity Is Lost