You Can't Always Do It Alone: 6 Top Executives Who Credit Other Powerful People for Helping Them Succeed

David Zaslav, Marla Beck, and other business leaders share what they learned from their mentors.
Next Article Add to Queue

Stay informed and join our daily newsletter now!
September 18, 2019 6 min read
Opinions expressed by Entrepreneur contributors are their own.

Behind every successful entrepreneur is someone who influenced and guided them. We asked these business leaders and Advisors in The Oracles to tell us about the powerful person, or mentor, who helped them get their start. These are their stories and their advice.

1. Spend time with people you admire. 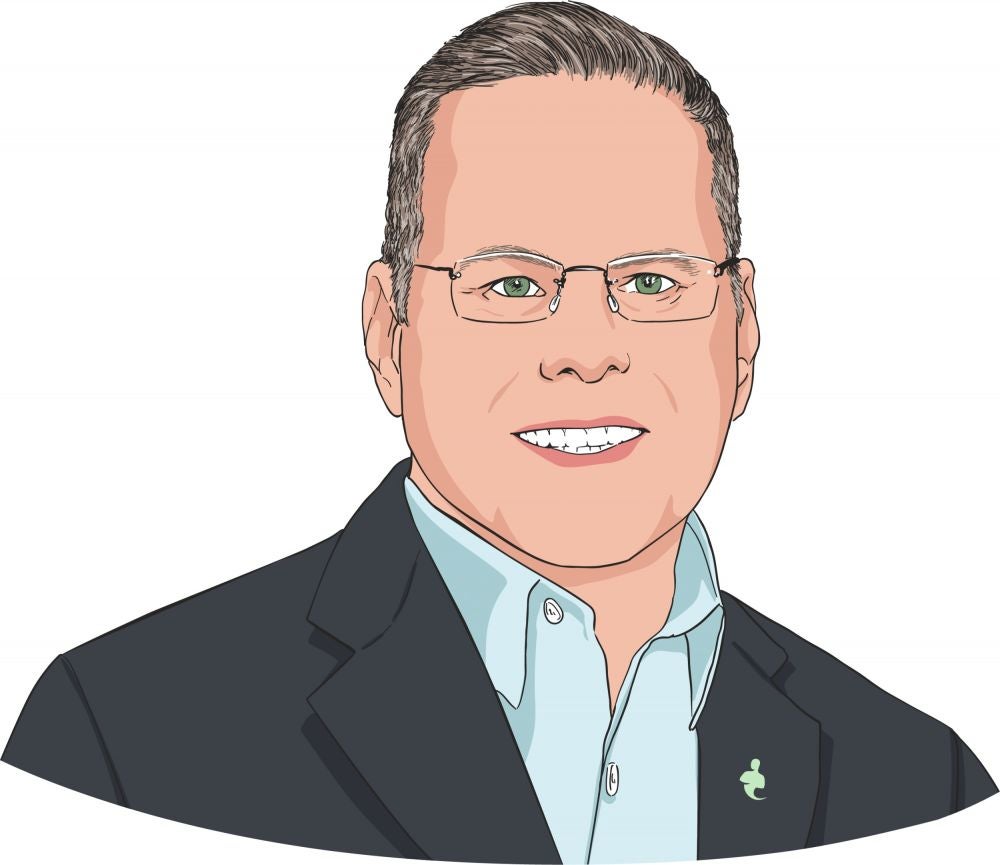 Choose to spend time around people with good values whom you admire and can learn from. Then it just comes down to working hard and trying to learn as much from them as possible. —David M. Zaslav, president and CEO of Discovery, Inc., parent company of the Discovery Channel, Animal Planet, TLC, HGTV, Travel Channel, Food Network, and more

2. Listen to those who see something in you. 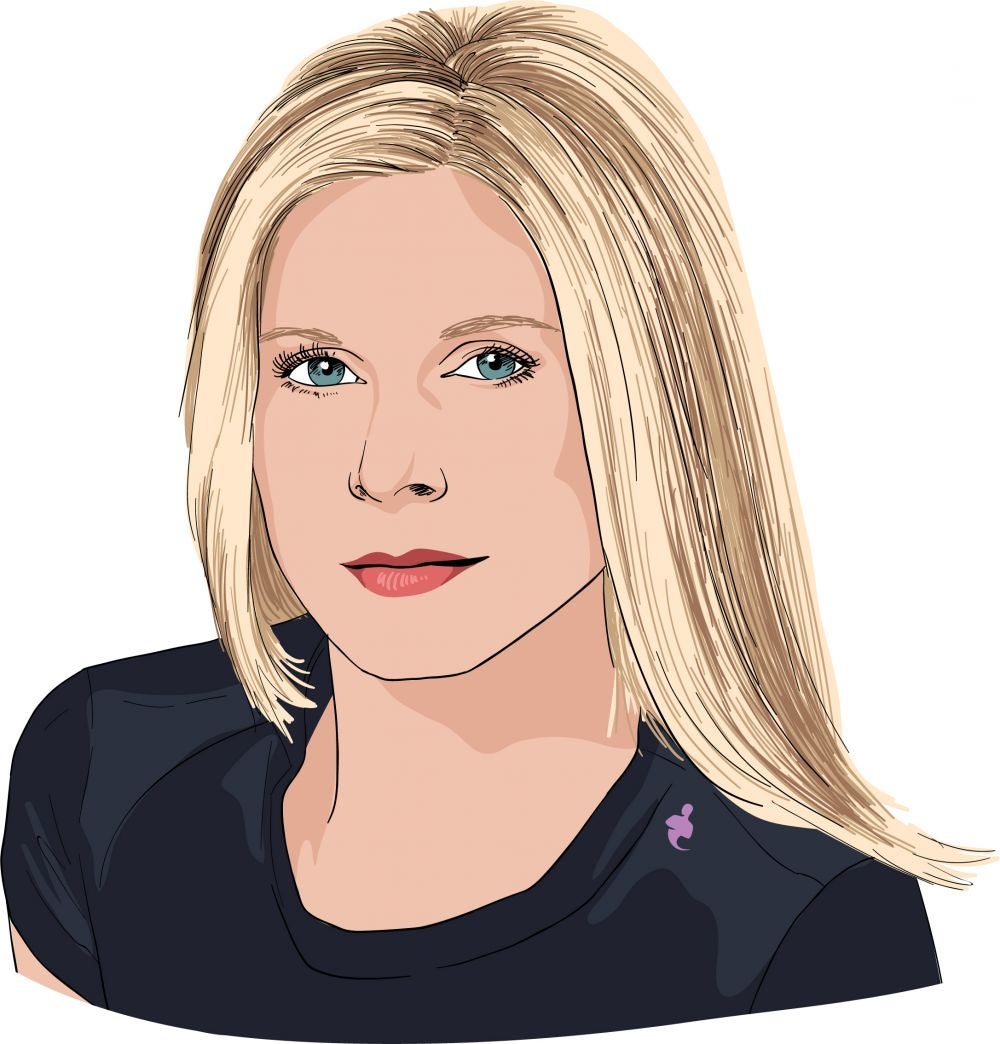 You never know where you’ll find someone who sees you for who you really are and can see the path you should be on. My professor’s words stayed at the back of my mind, and he ended up writing one of the first checks to fund Bluemercury. He was a real champion of mine from the beginning. —Marla Beck, co-founder and CEO of Bluemercury, which was acquired by Macy’s for $210 million; creator of M-61 Skincare and Lune+Aster cosmetics

3. Treat everyone with respect. 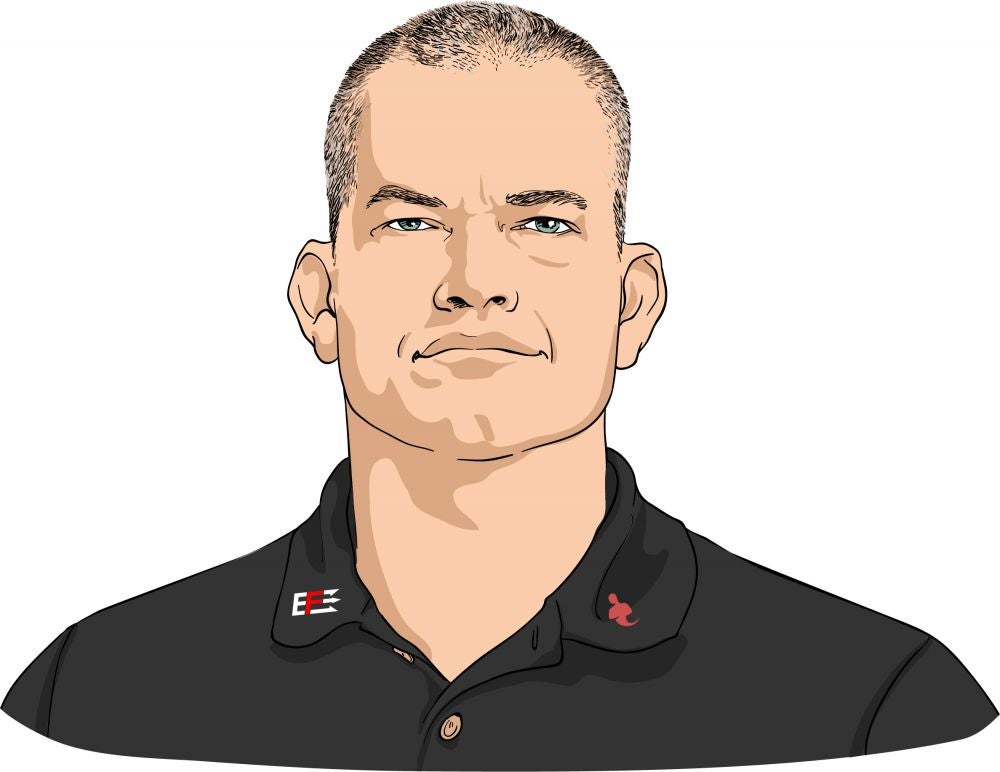 When I joined the SEAL teams, I got hazed or picked on as the “new guy.” It didn’t bother me — I just kept my mouth shut, did what I was told, and tried to build a good reputation. One day in training, I made a decision that I thought was right, but an older, more experienced SEAL disagreed. He called me out during the debrief and made me look bad in front of our platoon.

But another SEAL, who was highly respected and even more senior, called him out and defended me in front of everyone, which was pretty cool. That’s when I realized that abusing your authority is not the way to go about things. Treat people like humans, with respect, and you’ll have it better in the long run. —Jocko Willink, retired U.S. Navy SEAL officer, No. 1 New York Times bestselling author, co-founder of Echelon Front, partner in Origin USA, and host of the top-rated “Jocko Podcast” 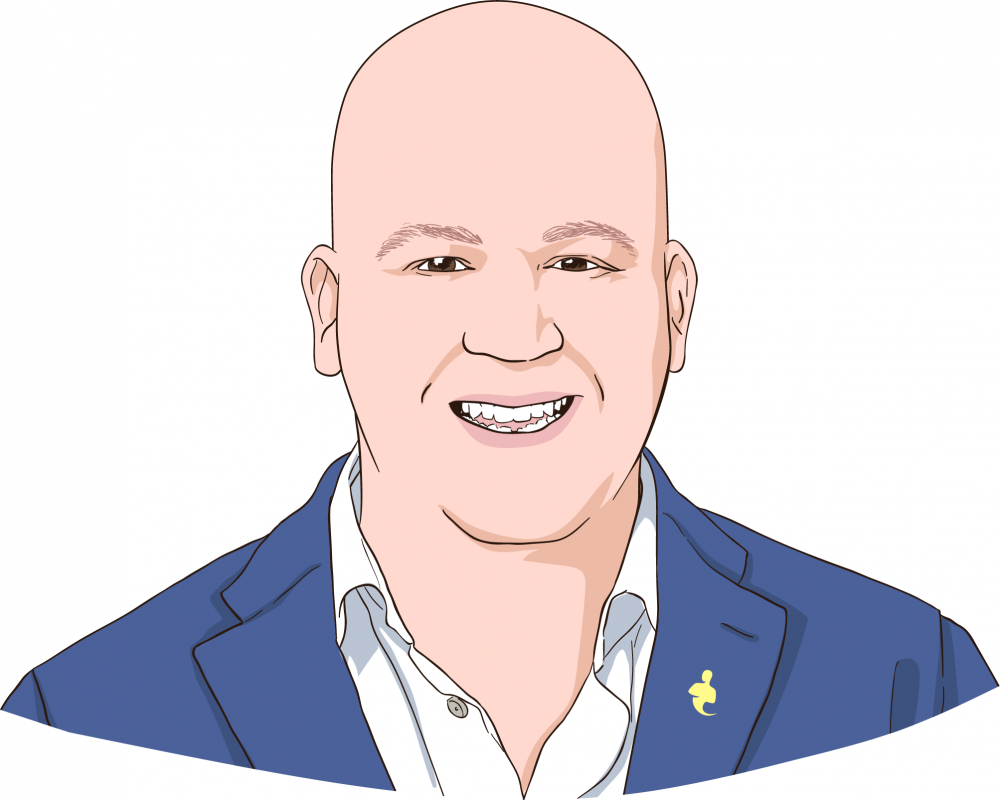 When I worked at his brokerage firm in my early 20s, Dr. Charles Smith took me under his wing and taught me how to build a successful business. I’ve always been inspired by his drive to realize his potential and his journey from growing up in poverty in South Africa to educating students at some of the best accounting programs in the United States.

I once asked Charlie why a man of his stature worked on the weekend, and his response has resonated with me for 20 years. “Young Thomas, professionals don’t keep hours,” he said. He also told me the greatest advice I’ve probably ever received: “Your ability to adapt and adjust will define your life.” This has been true in my personal and professional life. So, naturally, I pulled him out of retirement when I founded MeasuredRisk, and he has served as our CFO ever since. —Tom Albert, cybersecurity and artificial intelligence expert and founder and CEO of MeasuredRisk, a leading enterprise risk management company; connect with Tom on LinkedIn 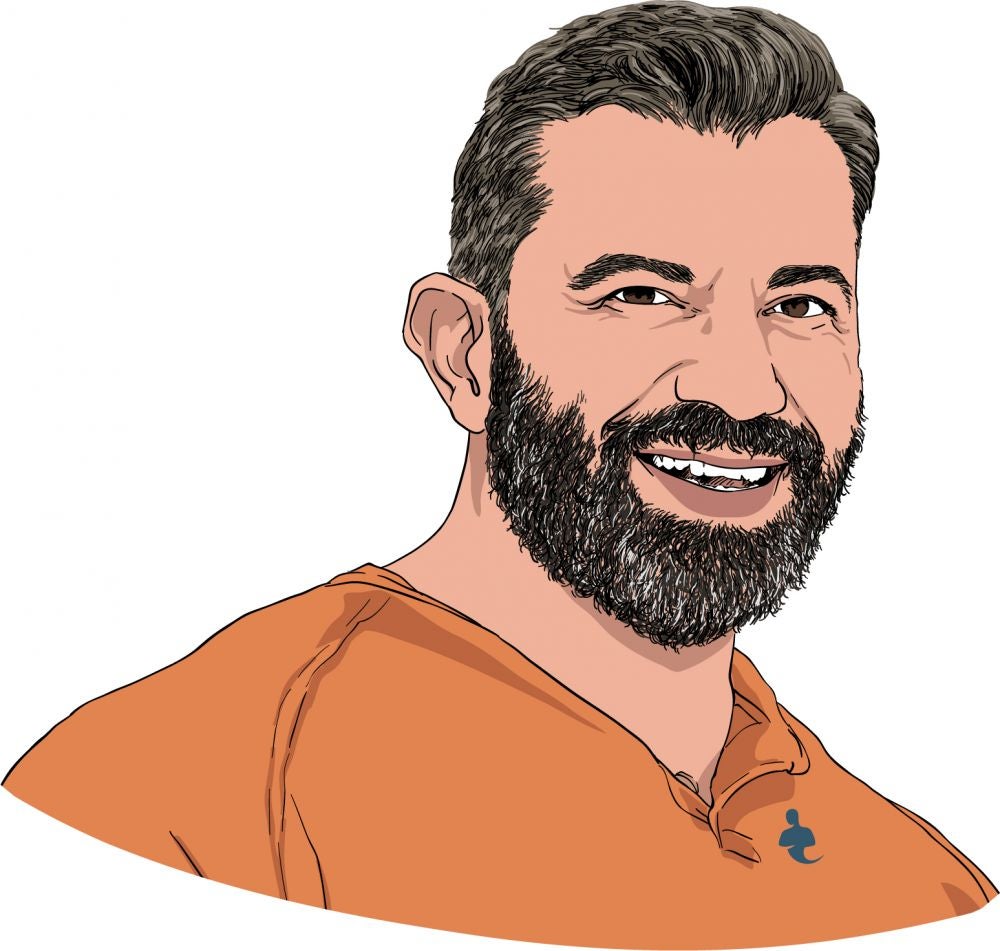 When I was in my early 20s, I had two side jobs while working as a personal trainer, which I wanted to do full time. One day I was complaining to a client, Jim Franco, who bluntly told me that I lacked the ability to sell my services and transfer my feelings about fitness to others. I replied that I was anti-sales and thought people should make their own decisions based on my knowledge, experience, and fitness. He explained that selling is nothing more than transferring feelings and that if I was really passionate about fitness, health, and helping people, I would consider it my duty to sell. That’s how you help people who otherwise might be crying themselves to sleep, wondering how to lose weight and become healthy.

Jim took me under his wing and gave me a new perspective on entrepreneurship, which boils down to one thing: If you believe in your product, you have to sell it like your life depends on it. Everything changed for me when I did that, which led to the Fit Body Boot Camp franchise we have today. —Bedros Keuilian, founder of Fit Body Boot Camp, author of “Man Up,” and host of “Empire Podcast Show”; read how Bedros built his dream life; connect with Bedros on Instagram, Facebook, and YouTube 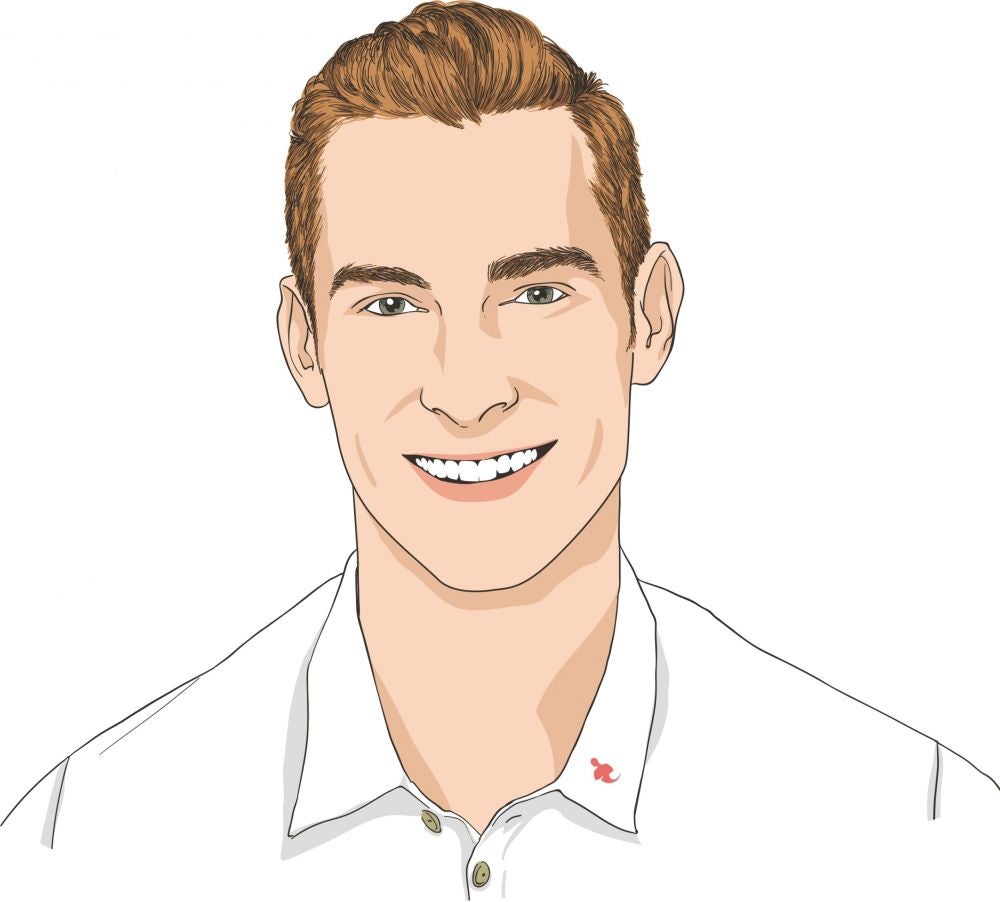 When I was attending San Diego State University as an accounting major, my professor, Will Snyder, quickly became my favorite and an extremely influential figure in my career. Although he made enough money from the sale of his successful accounting business that he never had to work again, he came out of retirement to teach because of his love for education and desire to help future professionals.

This professor taught me that I didn’t have to define myself as just an accountant and the only limits on my profession and career trajectory were self-imposed. His enthusiasm for education was infectious and inspired me to push beyond public accounting and reinvent my career as a test-preparation thought leader and entrepreneur. I’m not exaggerating when I say that I wouldn’t be the person I am today without his influence. —Bryce Welker, CEO of online education company Crush Empire and founder of Crush The CPA Exam; connect with Bryce on LinkedIn

Want to share your insights in a future article? Join The Oracles, a mastermind group of the world’s leading entrepreneurs who share their success strategies to help others grow their businesses and build better lives. Apply here.

Why Mentors Are More Important Now Than Ever

9 Qualities You Need to Look for in a Business Coach

How to Ask for Help From Important People

4 Benefits of Finding a Mentor

7 Ways to Train Your Brain to Make Better Decisions