A Rare Jewel of a Vacation in Hawaii 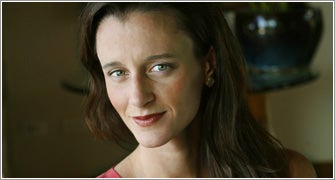 Aloha spirit: All it took was one vacation in Hawaii for Anne Pawsat-Dressler to know she wanted to move there for good. Initially, though, she had a hard time getting used to the laid-back Hawaiian lifestyle. "Everywhere you turn, it's 'Oh, sorry, that's Hawaii style,'" she says. "I could see there was a real lack of high-end services in Hawaii," especially in travel. Pawsat-Dressler sought to change that by launching Hawaii Hideaways in 2004.

Gold standard: Although Pawsat-Dressler already had a handful of clients through previous travel consulting work, she also faced skeptical homeowners who were hesitant to hand their multimillion-dollar estates over to a 24-year-old. "It was [like], 'Here's the challenge: They already think I don't have what it takes, so I've only got one hour to win them over.'" Before long she built up her inventory of rentals and grew her brand as a leading provider of luxury vacations in Hawaii.

Five stars: With five full-time employees, Hawaii Hideaways provides rental properties and 24-hour concierge services, from massages and personalized birthday cakes to luaus and yacht charters. Pawsat-Dressler says her most bizarre request came from a guest from Hong Kong who wanted to bring his own bed. It's this kind of unparalleled customer service that helped her earn Condé Nast's Villa Rental Specialist award in 2006 and 2007. With word-of-mouth as Hawaii Hideaways' main marketing method, the award is helping boost the company's reputation, which is Pawsat-Dressler's core focus right now.

Follow her lead: Pursue your passion and you can achieve your dreams.

What is your secret to success?
Pawsat-Dressler: It's so basic: Answering my phone and always being available and accountable.

What advice would you give other entrepreneurs?
Pawsat-Dressler: Never underestimate the Web. If you have an idea for a business you'd like to start, there's very little overhead related to putting it up on the Web first and seeing what response you get. Do a run-through on the Web, and then tweak your business model after the first trial.

When did you know you'd "made it"?
Pawsat-Dressler: When I got a $110,000 check for my second reservation. I knew that people trusted me with their money and knew I would deliver a good product.

Whatwas the first toy or reward you bought for yourself when you became successful?
Pawsat-Dressler: I bought myself an Audi a month into business.