A Nonprofit Gives Tampa Kids Resources to Do Their Homework

An IT company leader works to provide technology and education to Tampa kids.
Next Article Add to Queue 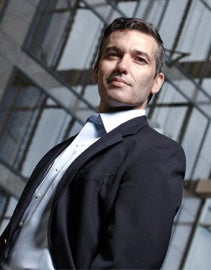 Tony DiBenedetto was two years into his charitable effort to help bridge the digital divide when evidence of its effectiveness hit home.

The defining moment occurred at a Boys & Girls Club in Tampa, Fla., where DiBenedetto's nonprofit association, the Tampa Bay Technology Forum, was unveiling a batch of computers for use by children who had none. It was an eye-opening experience for DiBenedetto's 9-year-old daughter, who heard from a few young teenagers that to finish their homework, they had to go to the library to access computers--and that, sometimes, enough computers weren't available or they had no transportation there, so they weren't able to complete their assignments.

"My daughter [said], 'What do you mean you don't have access to a computer?'" DiBenedetto says. "And these kids were just astonished and excited about the simplest thing because they wanted to do well in school."

It was exactly the kind of change DiBenedetto, chairman and CEO of Tampa-based information technology and consulting firm Tribridge, had hoped for when he helped launch the Tampa Bay Technology Forum in 2000. He and other local tech leaders formed the business group to equip disadvantaged youths in the area with the resources they need to pursue education and careers in science, technology, engineering and mathematics (STEM).

Computerific, the forum foundation's first program, was a partnership with the Boys & Girls Clubs of Tampa to provide hardware, software and tech support to the organization's area clubs. Since its founding, Computerific, with the support of companies such as Microsoft and IBM, has donated more than $1 million in products and services, funding an average of 10 new workstations and accompanying tech support for each of the 20 clubs in the Tampa area.

Wired by the Numbers
Computer stations provided by TBTF Foundation: 200 plus

Once the kids had better access to technology, the next step was to give them better access to education, DiBenedetto says. So the TBTF Foundation launched scholarships for students interested in pursuing careers in STEM. The goal is to identify prospective scholarship candidates in middle school and early high school and nurture them to follow their dreams, he says. The scholarships are for students interested in two-year technical schools and state universities.

The foundation's biggest fundraiser--its annual Tech Jam, a party that attracts more than 1,000 attendees--has raised as much as $120,000 for the organization in a single night.

"Today, getting a college degree isn't enough. You have to be tech savvy and, in some cases, you have to really understand a lot about business," DiBenedetto says. "Bringing those skills to kids is the most fun I've had while truly helping kids who need it."