Should You Pay to Pitch?

By Rosalind Resnick June 19, 2010
Opinions expressed by Entrepreneur contributors are their own. 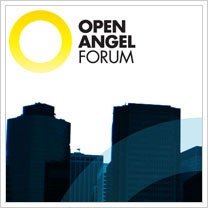 As every entrepreneur knows, the toughest part of selling your deal isn't making the pitch. It's getting in the door to meet with investors in the first place.

So it makes sense that, over the years, an entire industry has sprung up to connect cash-hungry startups and early-stage ventures with angel investors and venture capitalists who can write the checks to fund their business plans. These introductions don't come cheap. For fees ranging from several hundred dollars to $5,000 or more, entrepreneurs get to stand at the podium, flash their slides on the screen and deliver their pitch to a room full of big-name investors. While a few lucky entrepreneurs will walk away with a check, most will go home empty-handed.

Isn't there a better way to get investors' attention? Jason Calacanis seems to think so.  Calacanis, an entrepreneur and angel investor himself (and a friend of mine from the early days of the internet business), recently launched a free pitching service called Open Angel Forum, where early-stage entrepreneurs selected from a pool of applicants can pitch 20 to 30 angel investors at a clip. According to the Wall Street Journal, Open Angel's premier event in Boulder, Co., resulted in three of the six presenting companies getting funded. Another free service, AngelList, launched in February by angels Naval Ravikant and Babak Nivi, screens dozens of early-stage deals and blasts out the best ones in free e-mails that go out every week to a group of 200 investors.Of the 48 companies featured so far on AngelList, roughly half have received funding, Ravikant and Nivi told the Journal.

And what about the pay-to-play pitching services? They seem to be striking out.Last month, Chris Hurley shut down his Revolutionary Angels service that charged entrepreneurs $4,995 for advisory services and entry into a business plan competition with a $250,000 prize for the winner, the Journal reported. Apparently, Revolutionary Angels received only 20 takers, far short of its goal of 60.

Over the years, many of my clients at Axxess Business Consulting have asked me whether they should pay to pitch investors. Here's what I tell them: If you think the price is right (you can often cut a better deal with the pricier pitching forums if you call at the last minute when they're scrambling to fill their slots) and there are at least a couple of investors on the attendee list that you think might be good fits, then it may be worth spending some money to get the word out. But before you pay to pitch, understand going into it that you're unlikely to walk away with a check on the spot and that every dollar that you spend pitching is one less dollar you'll have to grow your business.

The reality, as I've said before, is that the investors most likely to give you the cash you need to start your business aren't angels or VCs who discover you at a conference. They're friends, family, co-workers and suppliers. A nice dinner and a bottle of wine--along with a compelling business plan--might be a better investment of time and money than a day spent on the pitcher's mound, where you don't have the same home field advantage.