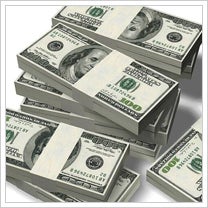 Where can you go when you need a loan and banks aren't lending? One answer is to private lenders who make you pay through the nose.

New reports are that so-called "hard money" lending is on the rise -- and small businesses' use of hard money threatens many of these business's very survival. Long a frequent lending source for real-estate speculators, hard money has been inching into more mainstream small-business life. In this arena, it's sometimes known as "merchant cash advances."

In essence, a hard-money lender is just a person or finance organization that still has money to lend. And they make you pay through the nose for it -- 36 percent interest and more is not uncommon. Unlike consumer lending, business lending isn't subject to the same interest-rate caps and consumer-protection laws that keep lending rates from soaring to the sky for shoppers. The world of hard money is relatively unregulated, and scams abound.

A recent investigation by the Washington Business Journal of what happened to small-business borrowers who all used the same hard-money lender, RapidAdvance, was not encouraging. Many of the businesses had gone bust trying to pay the steep interest rates. Surviving businesses were often sued by RapidAdvance when their payments slowed. The lender charged that many were trying to cheat them.

RapidAdvance got repaid by merchants in part through taking a percentage of credit-card charges customers made to the companies. If payments declined due to the downturn, RapidAdvance sued, accusing the businesses of secretly using an alternative credit-card terminal to get paid while circumventing RapidAdvance's automatic-deduction system for collecting its payments.

Ultimately, hard money works a lot like payday lenders do for consumers. Rates are high, and the basic idea is you will quickly repay the loan. If anything goes wrong, you end up paying so much in interest it's hard to ever get your head above water again.

Most real-estate deals fueled by hard money work on the same theory -- a quick sale will generate cash and pay off the loan before interest piles up too high. If the property doesn't sell, or a small business's sales drop off, the business owner is in deep yogurt on a hard-money loan. The additional interest costs can eat up all profits and put the business six feet under.

In an iffy economy such as the one we're in now, hard money is a big-time gamble. It's too hard to predict whether you can pay off the loan.

For most small businesses, there should be better ways of accessing capital. You can sell your receivables -- also known as factoring. These days, you can even get a purchase-order loan, which pays off as soon as goods are delivered and your customers pays the bill.

If you think banks won't lend to you, you might want to give them another try.

Just remember, hard money is a lending area that's like the Wild West. Be sure to carefully check out any company you're considering getting a hard-money loan from and talk to customers -- and your local Better Business Bureau -- before you sign anything. This month, the Federal Reserve reported banks have finally started relaxing their loan standards for small businesses, for the first time since late 2006.

Have you used a hard money lender to keep your business going? If so, what was your experience? Leave a comment and let us know.