Looking for Entrepreneurial Tips in 'The Social Network'

By Mikal E. Belicove September 30, 2010
Opinions expressed by Entrepreneur contributors are their own. 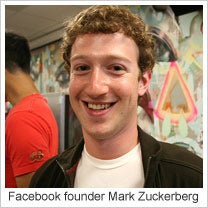 The Social Network opens in theaters nationwide on Friday amidst a deafening buzz about Facebook's co-founder, Mark Zuckerberg. If people aren't questioning the veracity of the film's storyline, they're speculating about it. Is it fact, fiction or just a dramatic, narrative account pumped up with a little extra Hollywood juice?

Controversy erupted months in advance of the release of the Aaron Sorkin and David Fincher film. Zuckerberg has publicly dismissed the film and the book it's based on as works of fiction and has said he has no plans to see the movie. That's certainly less extreme than William Randolph Hearst's alleged attempt to halt the distribution of Orson Wells' Citizen Kane -- to curtail viewing of that "biographical" film -- but it's not much of an endorsement, either.

Of course, not all the folks at Facebook are happy with the depiction of their founder as a conflicted, ambiguous, untrustworthy visionary. The film portrays a character desperately trying to fit in with his Harvard surroundings, but lacking the social skills to do so. His coping mechanism is to develop a tool that enables him to interact with others at a distance and which now encompasses more than 500 million enthusiastic members.

Whether fact, fiction or a combination of the two, this film is a "must-see" for entrepreneurs -- if for no other reason than the volatile emergence of Facebook is the story of every person with entrepreneurial ambition. This holds especially true for those of us who choose a level of personal, professional or financial risk in order to pursue an opportunity or a concept. That's just what an entrepreneur does.

The film is based on the book, The Accidental Billionaires: The Founding of Facebook A Tale of Sex, Money, Genius and Betrayal by Ben Mezrich. Your personal feelings about the protagonist aside, the story of Facebook, like any business enterprise, begins with an idea. For you, it may have been the notion of effectively distributing discount dental products or starting up a new line of butterfly hunting equipment. You might relate to the Zuckerberg character in the film when he explains his concept to a friend:

"People want to go on the internet and check out their friends, so why not build a website that offers them friends, pictures, profiles -- whatever. You can visit, browse around, maybe it's someone you just met at a party. I'm not talking about a dating site, I'm talking about taking the entire social experience of college and putting it online."

Just like you, it all started with an idea -- a concept that perhaps no one has ever come up with before, finding a niche that needs filling or a service that your customers can't do without.

So before you dismiss The Social Network as inaccurate or a work of fiction, consider what you can learn from Facebook's rags-to-riches story. And if you really don't want to see the movie, read one of the books about Facebook's rise to prominence. Check out Mezrich's book mentioned above or The Facebook Effect: The Inside Story of the Company That Is Connecting the World, written by David Kirkpatrick.

If the movie is to be believed, Zuckerberg may not prove to be the ideal model of entrepreneur spirit, but the idea of being in the right place at the right time when that spark of genius flashes is intriguing to all of us who have entrepreneurial dreams.