Laura Lorber
January 18, 2011 min read
Opinions expressed by Entrepreneur contributors are their own. 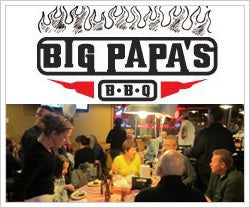 After our 30-day social media experiment, we recently pushed Big Papa's BBQ out of the nest. The two-week period at the end of December was the perfect time to see whether the company's social media wings had developed. We had a well-established rhythm for communications each day that it could follow. With fewer people engaged online over the holidays, we knew it'd be okay to slow the messaging pace. For two weeks, we watched to see what the Big Papa's BBQ management team had learned. Here's what we noticed and what we're stepping in to coach them on.

For these social media newbies, the computer and the technology we set them up to use (Facebook, Twitter, HootSuite) became a barrier to having a natural conversation. It's almost as if they were thinking and talking as though a machine were on the other side of the conversation -- not another human.

The best news of all? Hundreds of new people continue to walk into their locations every week, telling Big Papa's BBQ that they heard about the restaurant through Facebook or Twitter. In only 45 days, our social media efforts had made an impact, albeit a small one. Sales are up 7% year-over-year for Big Papa's BBQ -- an average of 725 new customers from social media per week.

What's more, you may remember the Little Ribbin' portion of our campaign, in which we commented on the Facebook pages of competing BBQ restaurants in town, inviting them and their fans into a "Baby Back Throwdown." While very few other restaurants reacted with comments about our posts, it's clear it got their attention.

Nearly every BBQ restaurant in Denver has stepped up their social media activity since we began, with many competitors creating events and promotions eerily similar to ours. That's one additional side effect you can expect by ramping up your social media game -- and one more reason you have to continually reinvent and be creative in how you deliver information. Because everything you do is publicly visible, it's easy for others to copycat and eclipse you.