Do's and Don'ts of Featuring Your Business in Wikipedia 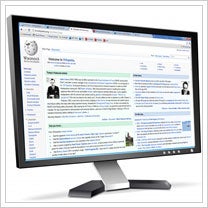 It's hard to believe that  Wikipedia celebrated its 10th birthday last week. The popular online reference site was launched back on Jan. 15, 2001, by Jimmy Wales and Larry Sanger. With 17 million articles in more than 250 different languages, Wikipedia is consistently ranked as one of the most popular sites on the net. And this leaves some business owners chomping at the bit for the opportunity to secure an entry or article about their company. But before assuming this makes sense for your brand, take the time to know Wikipedia's demographic.

Fresh data from the Pew Research Center's Internet & American Life Project reveals just who it is that frequents this most authoritative of all online encyclopedias. In a survey entitled Wikipedia, Past and Present, Pew reveals that the percentage of all American adults who use Wikipedia has increased from 25 percent in February of 2007 to 42 percent in May of 2010. That's an increase of 17 percent.

The survey also showed that 53 percent of Americans who use the Internet say they look up information on Wikipedia. That's up from the 36 percent in February of 2007. Of those internet users, 56 percent of men said they referred to Wikipedia for information compared with 50 percent of women. About 62 percent of users were adults under 30.

When it comes to wealth, around two-thirds of respondents earning $50,000 a year or more frequent the reference site, compared with 44 percent of those making less than $30,000. Not surprisingly, the most educated Internet users turn to Wikipedia for research: 69 percent are college graduates, compared with 41 percent with no college education and 30 percent with no high school diploma

So how can you secure a Wikipedia article about your business to reach readers in those demographics?

First, make sure you're confident your company can stand up to close scrutiny. Since Wikipedia is collaborative, anybody with an account can edit and add comments to your entry. While everything has to be sourced to a third-party entity, that won't stop detractors or competitors from setting the record straight about your business.

If you're still considering a Wikipedia entry, here are five do's and don'ts to consider:

Getting an article published on Wikipedia is pretty heady stuff. It can be casually brought into any conversation you're having with friends, peers and potential customers. Think of it: A slight wave of the hand at the end of a pitch and a casual aside where you say, "Yeah, actually you can find all that stuff on our Wikipedia entry."