State of the Union: Will Obama's New Grant Programs Make You Innovate?

Carol Tice
Owner of Make a Living Writing
January 26, 2011 min read
Opinions expressed by Entrepreneur contributors are their own. 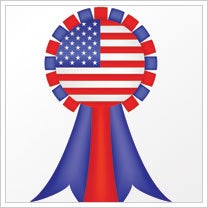 In the State of the Union address last night, President Barack Obama sent a message to small business owners: Your innovative ideas are key to recharging the American economy.

What wasn't discussed much was the way the Obama administration plans to offer much of its stimulus for innovation. Recently passed legislation will shift much of the government's funding for innovation into contests that award prizes, rather than straightforward grants.

The change came in the reauthorization of the America Competes Act, which was part of the crush of last-minute legislation passed at the end of last year. Where previously, much of the funds the federal government uses to reward innovative companies in science, technology, engineering, and related fields has been through a grant-application process, that's changed now.

Instead, the reauthorization asks federal agencies "to award prizes competitively to stimulate innovation."

In other words, they're going to hold a lot of contests, a la the X Prize.

Why? The contest format has been shown to be more cost-effective because of a basic quirk of human nature: People love to enter contests. Way more than they enjoy filling out lengthy federal grant applications.

Foundations and government agencies have taken note in recent years: A study from McKinsey & Company found the amount of prize money available to businesses has soared to $2 billion, tripling over the past decade. The X-Prize organizers report competitors collectively spent up to 40 times the amount of the prize as they battled to win the honor. Essentially, contests leverage federal dollars better than a grant, which simply goes to one recipient.

Would you enter a contest to win federal innovation money? Leave a comment and let us know whether you think this policy change is a good one.