How Business Buyers Can Plan for a Successful Transition

Is a smooth transition possible when acquiring a business?
Next Article

Q: I've started talks with a company's original owner to acquire her business. How do I make sure my first days as the new owner go … well, is smoothly asking too much? 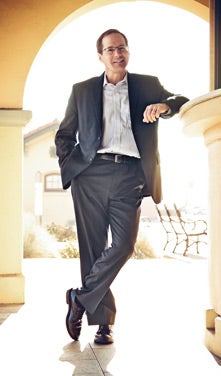 A: Ah, the first-time buyer. After talks get going, there's always that day when you wake up and say, "Oh yeah, I'll need to run this place." A smooth transition isn't too much to ask for--as long as you start working toward it early in the acquisition process. Your most important tools for a better Day One? A strong transition plan and the wisdom of the company's original owner.

"In successful transactions, the principals have time, after the negotiating is done, to sit on the same side of the table and focus on the transition plan," says Al Statz, president of Exit Strategies Group, a business brokerage, merger and acquisitions and valuation firm in Petaluma, Calif.

Statz advises talking transition before there's an offer on the table. You'll need the original owner on your side as you work toward taking over the company. Statz says it's vital that discussions include a wide variety of transition issues in the areas of constituents, legal and compliance, financial, public relations--all the critical functions of the business. It may seem reasonable to wait until after you've made an offer on the company to start transition talks, but that's actually too late. "There's far too much at stake, for both parties, to leave the transition to chance," Statz says. "There are many details, and the devil is in them."

Respect the past. You're not just buying a company; you're buying a history of relationships. "Develop a plan to rapidly learn the nuts and bolts of existing business operations, before you change things," Statz says. "Until then, don't be so arrogant as to assume that you know more than the seller. After you have mastered these nuances, make incremental changes. A major mistake could wipe out the goodwill that took years to develop under the previous owner."

Also, now that you've spent time getting to know the seller, work an ongoing relationship into the transition plan. Notes Statz: "A two-minute phone call to the seller while he's sipping a Mai Tai on the beach can easily be worth thousands of dollars."