What a U.S. Default Might Mean for Small Businesses

By Diana Ransom July 28, 2011
Opinions expressed by Entrepreneur contributors are their own. 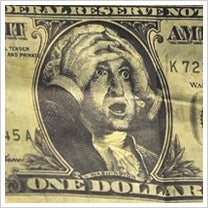 While the debt talks may claim a political head or two before all is said and done, the outlook for small-business owners is decidedly less perilous.

Sure, if the federal government defaults on its debts for the first time in U.S. history next week and the ratings agencies downgrade the U.S.'s AAA debt rating as a result, the effects could be swift.

A U.S. Treasury downgrade could force interest rates higher, and, by extension, the cost of borrowing would also rise. The dollar could lose steam, making it more expensive for those who have operations abroad to meet their payment obligations. Further, the stock and corporate-bond markets could see losses as investors flock to safer havens -- creating a disruptive atmosphere for doing business and potentially wreaking havoc on business owners' retirement savings.

No matter if ratings agencies slash the U.S.’s credit rating, U.S. Treasurys are still widely owned by many large institutions and countries. So their value might remain propped up even if a downgrade occurs.

"The U.S. is still the deepest market in the world in terms of liquidity, which could limit any adverse reaction," says Joe Manimbo, a senior market analyst for Travelex Global Business Payments, based in Washington, D.C. "So even if Treasurys falter, we might see them rebound as investors seek safe haven in U.S. Treasurys."

The dollar could also fall in relation to other currencies, but it's still the most widely held reserve currency. And it tends to serve as the pricing currency for commodity products that get traded globally such as oil and gold. So, even if the dollar falters, it's still valuable. Then, of course, even if the dollar does fall, that could give businesses that export globally an advantage as their products and services become cheaper to foreign buyers.

The final argument says that the stock and bond markets will become extremely volatile should the government go into default. The thing is, banks and investors have been counting on it, says David S. Waddell, the CEO of investment strategy firm Waddell & Associates in Memphis, Tenn. Investments that would normally trade at higher levels in more secure times are now trading at lower levels. "The pessimism is already in residence," he says. "To get the market to dive deeply from here will require really big screw ups from Washington."

Nonetheless, a little contingency planning never hurt anyone. Here are three ways to keep the debt debacle from hitting you where it hurts:

How do you think a U.S. default will affect your business? Leave a comment and let us know.