What a Payroll Tax Holiday Could Mean for Employers

By Diana Ransom September 8, 2011
Opinions expressed by Entrepreneur contributors are their own. 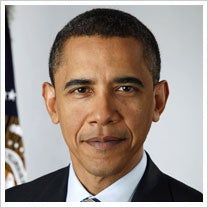 To boost jobs, President Barack Obama wants to give employers a holiday -- a tax holiday, that is.

In his prime-time address to Congress this evening, President Obama plans to detail a number of job-building initiatives. Among his plans for sponsoring infrastructure projects and providing added federal aid to the states, Obama is expected to propose extending the existing payroll tax for employees to employers as well.

President Obama is also expected to propose extending by one year the existing payroll tax holiday now available to employees. The existing measure, which is scheduled to expire at the end of this year, reduces the 6.2 percent Social Security payroll tax that employees pay by two percentage points.

Whether Congress will agree to the President's proposals, which could cost several hundred billion dollars, isn't clear. Also, the particulars of what a payroll tax holiday might look like for employers are unknown. But if the measure is anything like the employee version, here are five results business owners can expect:

What would your business do with the savings from a payroll tax holiday? Leave a comment and let us know.

What's in the Cards for Mastercard's (MA) Earnings in Q3?