Friendly's Bankruptcy: A Lesson for Any Franchisee

Jeff Elgin
October 5, 2011 4 min read
Opinions expressed by Entrepreneur contributors are their own. 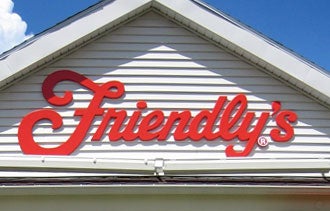 Given current economic conditions, it’s a prudent question to ask. In recent years, a number of chains have similarly declared bankruptcy, including Bennigan's, Bakers Square and Mrs. Fields Cookies.

The quick answer is that you’ll likely face a great deal of uncertainty and anxiety if your franchisor encounters serious financial troubles. But if your parent company, like Friendly’s, seeks to reorganize, the bottom line is that a bankruptcy filing could actually turn out to be a positive event in the long term for franchisees.

Let's look at how that might be the case. First, it’s important that we differentiate the two types of bankruptcy filings that are commonly used by franchisors, Chapter 7 and Chapter 11.

A Chapter 7 bankruptcy filing is one where a company is flat going out of business. A court-appointed receiver liquidates the company’s assets and distribute the proceeds to creditors. In this sort of situation, the contracts with franchisees are voided by the bankruptcy. Typically, franchisees are allowed to continue using the brand name and operating system in their individual units but are released from ongoing payment obligations, such as royalties to the parent company. They are also on their own, since they won’t be receiving any further training or ongoing support from the company.

A Chapter 11 bankruptcy filing is the more common one we see in the franchise industry, especially in situations where the franchise company (like Friendly’s) has a strong brand name. In this type of filing, the company doesn’t want to stop doing business but rather asks the court for breathing room while it develops a reorganization plan so it can return to a financially viable position.

A Chapter 11 approach often happens when a company has accumulated too much debt or other financial obligations, such as leases on closed units or lawsuit damages. The court will appoint someone (typically the existing management) to run the company while it creates, working in conjunction with a committee of major creditors, a reorganization plan that allows the company to exit the Chapter 11 status with a new and viable capital structure.

The franchisees rights and responsibilities after a Chapter 11 filing, assuming that the company reaffirms its contracts, basically stay the same as they were before the filing. Franchisees are typically obligated to continue operating their business under the same terms and conditions, including paying all royalties, and the franchisor is still obligated to continue providing all services called for in the contract.

Still, a Chapter 11 filing always causes consternation for franchisees – and that typically lasts until after the reorganization plan is put in place, which may take months or even years to complete.

But the bright side: By getting its financial house in order, an insolvent company can emerge with much stronger and more successful results in the future, particularly if there’s a new owner with deep pockets.

To be sure, it’s unclear what will happen with Friendly’s, which is closing 63 underperforming restaurants although 424 locations will remain open for business. In a press release, Chief Executive Harsha V. Agadi said the company had begun “an aggressive campaign” to enhance its operations and improve its financial position.

There are many examples, however, of resurgence-after-bankruptcy in the franchise marketplace over the past 20 years. A number of strong brands --- think 7-Eleven, Denny’s, Schlotzsky’s, Krystal, Sizzler, Popeye’s and Church’s Chicken -- went through Chapter 11 filings and then reorganized to become stronger for the long-term health of the company and its franchisees.

If your parent company stumbles, it’s smart to consult an attorney about your options and rights. But while a bankruptcy filing may cause sleepless nights, your business might be better off in the long run.