Why Big Corporations Are Putting the Brakes on Social Media

By Mikal E. Belicove November 8, 2011
Opinions expressed by Entrepreneur contributors are their own. 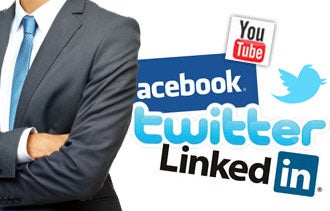 When it comes to the care and tending of corporate blogs, Twitter accounts and Facebook pages, a new study suggests big business social media may be suffering from neglect.

In recent report by the Center for Marketing Research at the University of Massachusetts Dartmouth social media use among America's largest companies is losing steam.

Specifically, less than a quarter of the nation's top 500 companies as ranked by Fortune magazine now have a public-facing blog -- the same percentage reported in last year's study. When UMass Dartmouth began counting blogs within the Fortune 500 in 2008, that figure was 16 percent, growing to 22 percent in 2009.

The use of Twitter and Facebook among Fortune 500 companies was similarly stunted. This year, 62 percent of those corporations took advantage of the Twittersphere, up just 2 percentage points over 2010. Also this year, 58 percent of firms manage Facebook pages as compared to 56 percent last year.

However the same study indicates that smaller corporations -- specifically, those included in the annual Inc. 500 listing of American's fastest-growing companies -- host twice as many blogs than their bigger, better-known brethren. And 71 percent of Inc. 500-listed companies have Facebook pages, while 59 percent use Twitter on a regular basis.

This reflects the notion that smaller companies place more importance on open communications with customers, according to the study's researchers. Or it could be a factor of the internal structure and culture of these fast-growing firms.

In my experience, very large companies like those ranked among the Fortune 500, have the most to lose by adding a fifth "P," Participation, to their traditional marketing mix of Product, Price, Place, and Promotion. Inherently risk averse and overly protective of their market positioning, corporate leaders have far too many lawyers and others spinning cautionary tales laden with drastic potential outcomes as a result of directly engaging their customers and prospects in full view of one another.

What many large company C-level executives fail to recognize and leverage is the simple fact that customer engagement occurs both with and without their blessing. By choosing to actively observe, engage, influence and measure engagement-related efforts, companies of all sizes remain top-of-mind more often than not. That leads to more favorable attitudes about the company and its brand, as well as direct and indirect word-of-mouth advertising that even the largest companies in the world can't afford on their own.

Why do you think smaller companies use social media more than bigger firms? Leave a comment and let us know.