By Carol Tice November 11, 2011
Opinions expressed by Entrepreneur contributors are their own. 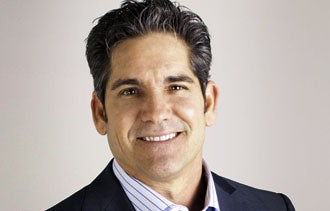 Ever wished you could pick the brain of a business expert -- you know, just hang out, shoot the breeze, and learn how they think? Well, if that expert is Grant Cardone of the brief National Geographic Channel reality show Turnaround King, you can.

Turns out, Cardone has a mastermind group that he broadcasts on Ustream. Like most masterminds, it's a group of 10 business owners including Cardone, and they get together on a regular basis to brainstorm.

Interested to eavesdrop? If so, you can sign up on his Ustream page to watch and chat along.

I listened in on a recent call and found it an interesting stew of political views and plugs for Cardone's new book The 10X Rule, along with a dose of serious inspiration for disheartened business owners. Here are a few tidbits from a late October Cardone mastermind:

Plan for emergencies. You need to accumulate substantial wealth to protect you from catastrophes. People keep squeaking by, saving a little if they're lucky, and then they're wiped out when an economic downturn comes, or they're laid off.

Quit whining and start working. Cardone has little patience for those who blame the economy for their business's problems, as if times are uniquely tough now. He relates how his father struggled in the 1950s -- selling cars, owning a small grocery, starting and then losing an insurance brokerage, all before dying when Cardone was 10. Most entrepreneurs couldn't get bank loans back then, either -- so figure out a workaround.

Don't protest the 1 percent, sell to them. While Occupy Wall Streeters rail against the wealthiest Americans, Cardone sees this demographic as the best market to target today.

"I'm looking for the 1 percent," he says. "I want to sit down at their desks. Why? Because they have wallets. They've got money. They like energy. They like people that are excited."

Think bigger. Relating how Goldman Sachs routinely pulls in $100 million or more doing a $2 billion deal, Cardone critiques his own earning methods and challenges himself to think bigger.

"Goldman Sachs has a big pipeline. Most of us -- and I'm talking about myself here -- have little, tiny pipelines. I'm selling a $30 book -- I should be selling a $2 billion deal, with the energy I have, the gifts I know God gave me. I should be working on monster, monster deals. Most of you should be doing something much bigger with your gifts and talents."

What are you doing to take your business to the next level? Leave a comment and let us know.