By Diana Ransom November 22, 2011
Opinions expressed by Entrepreneur contributors are their own. 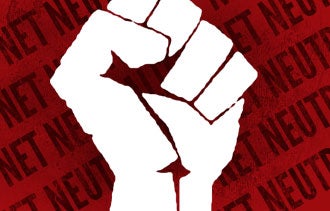 New rules aimed at preserving network neutrality -- that is, the free flow of content over the Internet -- go into effect this week. But some entrepreneurs, especially those in the mobile technology field, say more regulation is needed.

For years, tech startups and Internet service providers have clashed over the issue of net neutrality. Without regulation, tech entrepreneurs fear that Verizon, Comcast, Time Warner Cable and other access providers will favor their highest-paying clients, offering them faster, more premium services, while ratcheting down service to small players. For their part, the Internet service providers maintain they should be free to manage their networks as they see fit.

The Senate recently upheld a number of new Federal Communications Commission rules designed to keep the Internet open. Among other new regulations, wired broadband providers are banned from "unreasonable discrimination" and must provide equal service to all commercial sites. The same rules, however, don't apply to wireless providers -- something that tech entrepreneurs and open Internet advocates criticize.

"It is disingenuous to have rules that exclude wireless service providers," says Bryan Hertz, CEO of Telcentris, a San Diego-based cloud communications provider. "Increasingly, information is being transmitted over wireless networks. When you take into account where the world is going, not including [wireless] is a mistake."

In Boston's startup scene, entrepreneurs say looser standards for wireless providers could stifle innovation. "People would probably not want to pursue mobile app development for their company if they thought [it would] come with these extra headaches," says Jesse Waites, founder of mobile software development firm Beacon Hill Apps.

He worries that weak regulation could impede his ability to gain market share. "If my apps look really bad and really slow, I'll never be able to compete with big companies like Google and Facebook to grow," he says.

For their part, wired and wireless providers say they don't plan to make any immediate changes. On the wired side, "we've been living under these rules voluntarily for quite some time," says Ed McFadden, a spokesman for the New York-based Verizon. "We've never slowed down traffic and don't intend to." He adds that the company sees downshifting the speed of its network as anti-competitive. "We've said that consumers will vote with their feet."

Still, the Verizon’s wireless network is managed differently than its wired network, says McFadden. The company says it doesn't have plans to charge businesses more for faster processing speeds. But McFadden left open the idea that the company could one day do so. "We're always looking for different kinds of ways to meet our customers' [needs for] products and services," he says.

The FCC says it doesn’t need to regulate wireless service providers as much as wired broadband ones because there are more competitors in the marketplace, and customers have a variety of companies from which to choose.

To be sure, some businesses like hardware manufacturers and systems developers don't believe regulations will help keep the Internet open. Instead, they say extra burdens on service providers could ultimately make things tougher for small businesses that work with them -- and may discourage future innovation in the industry.

Though the U.S. Senate quashed the latest attempt to overturn the FCC's net neutrality regulations, a number of lawsuits filed on both sides of the argument could prolong the debate.

Free Press, a nonprofit advocacy group in Florence, Mass., is suing the FCC, in part because the new neutrality rules also could give wireless providers the freedom to restrict or slow content on sites or blogs that they don’t like. (Wired providers are banned from doing such.) That could hurt free speech, says Craig Aaron, the group’s president and CEO.

"The fight for real net neutrality continues," he said, in a statement after the Senate vote. "I hope policymakers can return to the actual priority here: strengthening these rules to protect all Internet users, no matter if they connect from their home computer or a mobile phone."

In a separate lawsuit against the FCC, Verizon contends that the federal agency doesn’t have Congressional authority to make rules governing the Internet.

The U.S. Court of Appeals for the D.C. Circuit will hear both challenges to the FCC’s rules, although no timeline has been set. In April 2010, the same court ruled against the FCC, finding that the agency had overstepped its authority when it attempted to penalize Comcast for allegedly slowing the download speeds of some subscribers. That ruling prompted the FCC to install its net neutrality regulations.

Until the court takes up the challenges, there's little chance for any reforms to the FCC's net neutrality rules. "The FCC rules are now momentarily frozen in carbonite," says Sascha Meinrath, director of the open technology initiative at the New America Foundation, a nonpartisan think tank in Washington, D.C. "Depending on how the D.C. Circuit Court weighs in, the rules could get thrown out entirely or stand as they are."