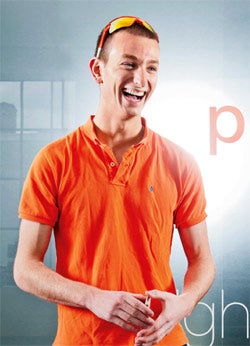 In the fall of 2007, Seth Priebatsch was a freshman at Princeton. A year later, he dropped out. By 2011, he was head of a company valued at nine figures.

The 23-year-old is the self-proclaimed "chief ninja" of Scvngr, a real-world, location-based gaming system, and its new mobile payment service, LevelUp. Priebatsch's record of entrepreneurship stems back to high school, when he ran a print manufacturing startup called Postcard Tech. He cut his teeth turning out college applications while managing factory operations in Hong Kong and a distribution center in Boston.

At Princeton, Priebatsch turned his attention to another field: gaming. "I really started getting fascinated with how much I and everyone else in the engineering department enjoyed games," he says, "but I also enjoyed actually going outside."

Motivated to move game mechanics from their traditional hardware into the tangible world, Priebatsch enlisted the help of a professor to build a demo of a mobile gaming platform to which anyone could contribute. The demo won the school's business plan competition and earned Priebatsch an invite to DreamIt Ventures' Philadelphia incubator.

There, he began fortifying the system, which he dubbed Scvngr. "It's a reality-based mobile game," he explains. Players check in at locations and undertake challenges--puzzles to solve, location-based photos to snap--for points that lead to awards. Players, companies and institutions can add their own locations and challenges to the system, so it is "built by people like you … You unlock awards and access those places, whether it's half off your coffee at a business or something cool at the Smithsonian Institute."

With his increased commitment to his new business, Priebatsch decided to put Princeton on hold. "People think that running a startup while in school is actually an option and a recipe for success, and it's just not," he says. "If you want to be a big startup while you're in school, you'll either end up failing as a startup and failing at school or doing OK at school but the startup is going to, for lack of better terms, be on ‘forced hold' until the time that you graduate or decide to go at it full time."

Priebatsch moved his project to Boston and secured a $750,000 initial investment from Highland Capital Partners. In December 2009, the company raised $4 million in financing from Google Ventures. In January 2011, a valuation of $100 million helped Scvngr secure another $15 million in a financing round led by Balderton Capital. Scvngr has attracted 2 million users and 5,000 large enterprises since its launch.

With the new funding, Priebatsch turned his sights to the LevelUp mobile project. He originally conceived it as a location-based daily deal platform but soon scrapped that idea in favor of a QR code payment service for the iPhone and Android, distinguishable from other such services by its built-in loyalty programs. By signing up and downloading a free app, users get a unique code they link to a credit or debit card and carry on their phone; when they scan the code at participating retailers, they earn credit that can be redeemed during future visits. LevelUp attracted 100,000 users in a 12-week pilot and is now available in four cities.

Flush with his blooming success, Priebatsch has no regrets about his decision to leave school and focus on business. "The choice to drop out isn't actually as big a choice as it sounds," he says. "If Scvngr had not worked, I would have been able to go back a year later or a semester later. And the absolute worst-case scenario would have been to have spent a year on an incredible experience learning a huge amount of stuff and really taking a huge risk."