An Entrepreneur's Top Leadership Challenges -- and How to Meet Them

By Kelly K. Spors February 15, 2012
Opinions expressed by Entrepreneur contributors are their own. 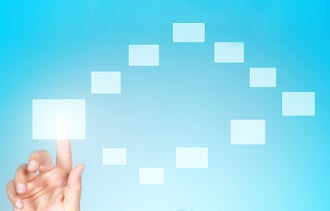 For first-time entrepreneurs, expanding the business and hiring those first employees is an exciting adventure. But it can also be rife with challenges and sometimes mistakes. The reason: The skills needed to successfully lead a growing enterprise are markedly different than what it takes to run a one-person business.

We spoke with three business leaders about challenges they faced as their companies grew, and how they dealt with them.

Challenge No. 1: Hiring the right people -- and keeping them
Many first-time leaders make regretful hiring decisions early on. They choose people too much like themselves when what they really need are employees with complementary skills. They also sometimes recruit people who may have the right skills but lack solid values. 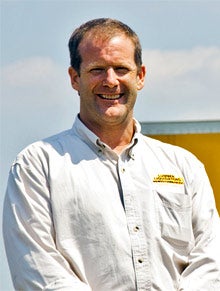 Tom Sullivan, founder and chairman of Lumber Liquidators
Courtesy of the company

Tom Sullivan, founder and chairman of Lumber Liquidators, a Toano, Va.-based hardwood floor retailer, learned his lesson the hard way. When expanding operations beyond his first store in the Boston area, he needed store managers and truck drivers in other cities, but some of his earliest hires didn't pan out.

Related: What Entrepreneurs Can Learn from Costco's CEO

One store manager admitted to stealing money from the cash register, which he later repaid. Then there was the truck driver who disappeared on his first delivery, taking both the truck and the cash he had collected. "The biggest thing was getting people you could trust," says Sullivan, 52, now chairman of the 2,000-employee public company. He didn't do enough due diligence at first, but after those experiences, he quickly began conducting background checks on all new employees.

He also realized he needed to do more to motivate workers and build a more entrepreneurial culture. Instead of paying drivers by the hour, he gave them 60 percent of all delivery fees. He also began paying store managers 0.5 percent to 2 percent commissions on their sales. The new compensation policies led to higher retention rates. "Some of our sales managers made over $150,000, even $300,000, based on their sales," Sullivan says.

Challenge No. 2: Expanding prudently, not prematurely
When a company starts expanding, it's tempting to keep growing based on promising new business opportunities. But it's far better to be cautious, as Jon Black painfully found out. 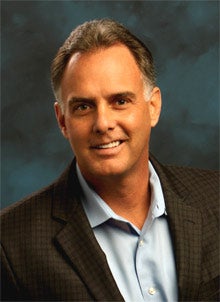 Jon Black
Courtesy of the company

In 2001, when Black reacquired GetProof, a physician credentialing company that he'd founded, it had about 10 to 15 employees. About five years later, a Fortune 500 health company signed a contract with the firm, and GetProof's operations manager suggested hiring 20 people to scale up before the contract took effect. Black agreed, but the contract never came to fruition.

Black says he ultimately had to lay off the people he'd hired, along with his operations manager. "The problem was I kind of abdicated my responsibility as CEO," says Black, 50. "We were so caught up in being lured by a very large company that was wielding a lot of power."

Today, Black is far more careful about hiring at his new firm Terillion, an Alpine, Utah, company that has developed technology to help companies weed out fake online reviews. He waits longer after contracts are signed to increase headcount so he's sure the work will really come in. He also typically hires people on a part-time basis or as independent contractors before making them full time. That way, he can be sure they're a good fit for the position.

Challenge No. 3: Managing through big changes
Many first-time leaders struggle with maintaining the culture of their firms as they grow. That's particularly challenging in times of turmoil. 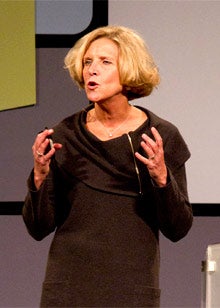 Nancy Kramer
Courtesy of the company

Nancy Kramer, for instance, wasn't prepared when her company's fortunes changed. She founded Resource Interactive, a Columbus, Ohio, marketing firm, in the early 1980s, scoring Apple Inc. as her first big client. The company grew quickly throughout the 1980s and 1990s, reaching about 150 employees by 2000.

But when the dot-com bust hit, business dropped by 90% "almost overnight," says Kramer, 56, now chairman. The company had to retrench and lay off about 50 employees.

Kramer felt terrible, giving the departing employees generous severance packages and condolences. But in hindsight, she realized she didn't do enough to console her remaining workforce. Morale in the office tanked. "The office got really bad for a while," she says. "The people who stayed were probably worried about their own futures with the company."

Kramer says she wishes she'd given less generous packages to the people she terminated and diverted more of the money to boosting the morale of those who stayed. Today, Kramer says, the company is more thoughtful about how it handles layoffs and maintains a positive culture. The company gives employees development opportunities and encourages them to have fun at work. "We put a lot of emphasis on making our office a place where people want to come every day," Kramer says.

Related: Steve Jobs and the Seven Rules of Success