What You Need to Know About Using Hashtags on Twitter

By Jason Falls March 5, 2012
Opinions expressed by Entrepreneur contributors are their own. 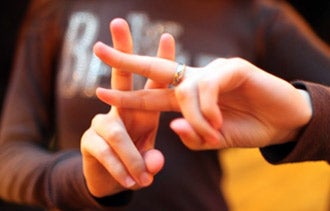 If you're new to Twitter, or even if you've been using it for years, you may wonder what all those words preceded by the # sign are. They're hashtags. And you should consider using them if you want to potentially get more out of your experience.

Problem is, many people don't use hashtags correctly. Here's a primer on hashtags, plus some recommendations for using them effectively for your business.

What are Hashtags?
A hashtag is simply a relevant word or series of characters preceded by the # symbol. Hashtags help categorize messages and can make it easier for other Twitter users to search for tweets.

For example, if you search for #Apple, you're less likely to see tweets that include references to the fruit and more likely to see information about the technology company.

Keep in mind, however, that Twitter is a real-time platform and its search function only goes back one week. If you want to pull older conversations, try using third-party services, such as Topsy, that archive messages sent over public social networks.

Why Use Hashtags
Twitter is an open social network, and anyone can see your public tweets provided you haven't set up your account to be completely private. But few people want to follow everyone in the world. Hashtags can make it easier to discover other Twitter users who are interested in the same conversations you like.

For instance, by conducting a Twitter search for #NFL, you'll see only the tweets with that hashtag for the National Football League.

Because you can use any hashtag you want, your tweet about how awesome singer Bruno Mars was on the Grammys could be seen by more than your 150 followers. If you used the #Grammys hashtag, the droves of people who were following that hashtag could have seen your tweet.

If you said something insightful or answered a question, others may respond and engage you in conversation by using the hashtag you used. Conversely, if you're following a certain hashtag, you can tweet a question to others who are observing that conversation stream, engage other interested users in real time or find people to follow.

When using hashtags it's important to consider scale. Doing a search for the #NFL on Sundays will most likely subject you to a litany of tweets and keeping up with the conversation may be difficult. But if you still want your opinion thrown out there with everyone else's, use the hashtag.

How to Use Hashtags for Business
By creating your own hashtag, you can use it to drive conversations about your business. Are you having a spring sale at your furniture store? You can tack #SaveBigAtMurphys on to your tweets, for example. Encourage your Twitter followers and others to use the hashtag. Maybe even do a daily giveaway or prize for the person who tweets the funniest pitch line for the store and uses the hashtag. At the end of each day or the end of your sale, you can do a scan for the hashtag and measure how many tweets were posted using it and how many Twitter users you reached.

If you're hosting a business event, you can create a hashtag for it, too. Encourage attendees to use the hashtag when tweeting about the event. This will help organize the Twitter conversation while also promoting your brand.

If you create a hashtag for your business, an event or certain topic of conversation, make sure it's distinctive. Try to include your business name or, if it's long, your initials. Before tweeting with your chosen hashtag, search to make sure people aren't already using it for a different purpose.

Twitter highlights trending topics, which often represent conversations around hashtags. This list is found in the right hand column of your Twitter home page and can be filtered by geographic areas. To become a trending topic and reach a wider audience, you must tweet a lot in a short time. The best approach could be hosting events with a lot of Twitter users posting to the same hashtag.

By using third-party applications such as TweetDeck or HootSuite, you can set up permanent search columns to monitor certain hashtags all the time. If you want to keep tabs on tweets about your industry and competitors, for instance, there's a good chance you can find hashtags to follow.

Related: How to Turn Tweets Into Customers (Video)

But don't overstuff your tweets with hashtags when you're promoting something. Some people add on lots of hashtags so the tweet appears in more conversations on Twitter. For instance, if I wanted more people to read Entrepreneur magazine, I could tweet:

While a couple of those hashtags make sense, many don't. And too many hashtags in one tweet are distracting to other users.

With all this advice in mind, go ahead and search for a few hashtag topics that are relevant to your business. Searching and using hashtags on Twitter can help drive more conversation about your brand and your industry.

Jason Falls is a noted author, speaker and influencer in the social and digital marketing space. He is the senior influence strategist at Cornett, an advertising agency in Lexington, KY. He is the author of three books on digital marketing, including Winfluence — Reframing Influencer Marketing to Ignite Your Brand, from Entrepreneur Press.