By Carol Tice March 8, 2012
Opinions expressed by Entrepreneur contributors are their own. 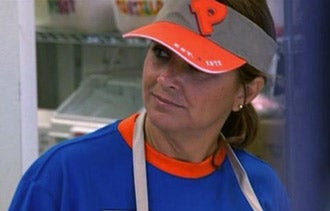 I haven't managed to catch all the episodes of Undercover Boss this season, but there was one I knew I had to see -- Popeyes Louisiana Kitchen. Why? I am the hugest fan of their chicken and biscuits. If you haven't had the pleasure, this is fast food worth blowing your diet for.

I almost didn't want to watch, because if they were going to show me that secretly the restaurants had rats or the food was made from something gross, I didn't want to know. But I had to check it out.

Thankfully, the food seems to be just fine. The problems found by their undercover executive -- chief talent officer Lynne Zappone -- had to do with how employees were treated.

This episode shows exactly what Popeyes's employees really want. Here's a hint, it's not a raise:

1. A pleasant work environment. Zappone worked one store where the manager was yelling at the other workers -- including her -- in front of the customers. That's just not cool.

2. Recognition. The janitor at one store impressed Zappone with his strong loyalty to the company. He even buys his own less-toxic cleaning products to use. "I consider this my store," he tells her. He also sadly informs her that Popeyes has no employee-of-the-month award, like most fast-food chains do.

3. Perks. Zappone was shocked when a coworker asked if he could catch a ride with her for lunch -- to Taco Bell, where the food is cheaper than at Popeyes. He needed to go there because the employee discount on Popeyes food had been discontinued. A company picnic had also faded away over the years.

4. Help when they need it. Many of Popeyes's workers were displaced and saw their families scattered after Hurricane Katrina. One 20-year employee was fired when she couldn't return to work fast enough, despite being an invaluable trainer. The janitor had lost everything in the hurricane and lived at his church for two years while he got back on his feet. Zappone realized Popeyes could have done more to reach out to displaced workers and help them stay with the company after the disaster.

5. Mentoring. One line worker who had formerly been homeless was trying to attend a hospitality college despite lacking a car, while one manager hoped to become a regional trainer. In the show conclusion, Zappone helped both with scholarships and coaching to move their own professional goals forward.

The show highlighted a basic fact so many employers don't get: Your employees are people -- people with problems, yes, but they also have a history and dreams. If you treat them as such, they will be more productive and better representatives of your brand.