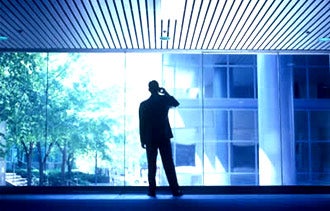 UPDATE: On Tues., May 15, 2012, the Senate passed the bipartisan Export-Import Bank Reauthorization Act of 2012 by a vote of 78-20, extending the Bank's authority through 2014 and increasing its cap to $140 billion. President Obama, who has set a goal of doubling the nation's exports by the end of 2014, issued a statement in support of the reauthorization.

Business owners looking for help exporting are once again facing a nail-biter as they wait for Congress to decide the future of Export-Import Bank of the U.S. If Congress opts not to extend the agency's charter, many businesses that depend on sales in foreign countries could suffer.

Ex-Im Bank is a federal agency that provides direct loans, loan guarantees and insurance to businesses that export. A large part of its role is to support small-business exporters. The last charter for the Ex-Im Bank expired Sept. 30, and has been extended three times. The latest extension will expire May 31. A charter authorizes the Ex-Im Bank's operation for four to five years.

In addition to needing a new charter, the Ex-Im Bank needs Congress to raise the cap on its outreach. Each time it extends a loan, makes a guarantee or provides insurance, it adds to its exposure to risk. The total limit for its exposure is mandated at $100 billion and the Ex-Im Bank has about $90 billion worth of exposure, says Phil Cogan, an agency spokesman. The agency is set to run up against its exposure limit at about the same time that its charter expires, based on its application pipeline, he says.

Earlier this month, Senator Reid tried to get a reauthorization through the Senate by attaching it to a piece of small-business related legislation, the JOBS Act, but politics kept it out of the final bill. While the agency has bipartisan support, opponents say that a government agency should not be funding private companies.

The Ex-Im Bank does not cost the taxpayer because it supports itself by charging fees for its loans and on its insurance programs. The agency has earned $1.9 billion in the past five years. The profit is used to establish reserves for the agency and to put against the national deficit.

This week, a group of 26 Republican Senators sent a letter to Sen. Majority Leader Harry Reid (D., Nev.) asking him to schedule time for the Senate to take up the reauthorization on the floor.

The earliest the Senate could take it up is April 16, after its two-week recess.

Related: Five Tips for Getting Started in Exporting

What could the Ex-Im Bank do for your business?

1. Guarantee loans: Most of what the Export-Import Bank does is guarantee loans that banks make to companies that want to purchase U.S. goods. The Ex-Im Bank's loan guarantee is typically between 90 percent and 100 percent of the loan.

2. Make direct loans: Between 9 percent and 10 percent of what the Export-Import Bank does is direct loans, providing funding either to businesses that are buying U.S. goods and services or to U.S. companies that need working capital to fulfill a contract they have to export their goods.

3. Provide insurance of receivables: The Export-Import Bank will insure that businesses get paid for sales they make to foreign countries. "A lot of companies are uncomfortable selling to Indonesia or other developing countries because of the difficulty in getting paid," says Cogan, where there is a different legal system and way of doing business. With insurance from the Ex-Im Bank, if a business does not get paid, the Ex-Im Bank will pay the business and go after the claim with the force of the U.S. government behind the effort.