By Carol Tice April 5, 2012
Opinions expressed by Entrepreneur contributors are their own. 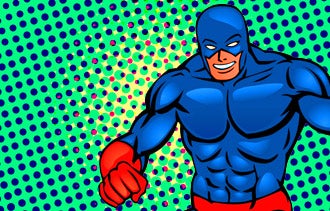 Organized gangs in Washington, D.C., dash out of stores with carts loaded with Tide detergent bottles, which they resell on eBay or at flea markets, or trade for drugs.

In Orlando, Fla., retail employees are caught trying to load a shipment of iPods into a U-Haul van.

Such problems are spreading fast. Nearly 95 percent of retailers were ripped off last year, up from 90 percent a year earlier, according to the National Retail Federation (NRF), a Washington, D.C., trade association. And it isn’t just shoplifters. More than 44 percent of thieves are employees, according to the 2011 Global Retail Theft Barometer study by security giant Checkpoint Systems. The study estimates that American retailers lost nearly $42 billion to theft last year, up 6 percent from 2010.

What can small retailers do to keep their stores secure on a budget? Here is a rundown of some of the tech tools available, along with approximate costs:

Whichever technology you use, remember to thoroughly train employees to use it, LaRocca says. "Your people are your very best resource in protecting merchandise."