By Peter S. Cohan April 10, 2012
Opinions expressed by Entrepreneur contributors are their own. 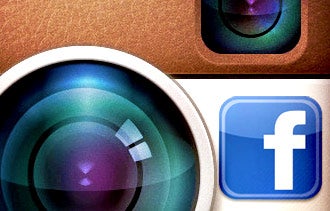 Facebook's decision to buy popular photo-sharing service Instagram for $1 billion in cash and stock is bound to draw other venture capital firms to invest in the photo-sharing space. What's more, the deal is likely to give rise to a new wave of interest in startup funding in Silicon Valley.

Instagram is valuable to Facebook because it has done something the social-media giant has not been able to figure out – how to make mobile photo-sharing frictionless, fun and engaging. But what exactly justifies Facebook’s $1 billion purchase price? Two numbers mattered to the social media giant: the first is Instagram's growth rate, accumulating 30 million users in less than two years. And the second is Instagram’s purchase price, which represents less than one percent of Facebook's $135 billion market capitalization.

The biggest winners in this deal are the venture-capital firms that invested in Instagram, owned by San Francisco-based Burbn Inc. According to Bloomberg, Instagram was valued at $500 million after raising about $60 million last week from investors including Sequoia Capital. This means that Sequoia and the other firms that contributed that $60 million were essentially able to double their money in a week.

What does it all mean for entrepreneurs hungry for funding? For starters, venture firms looking to get in on the excitement might be more willing to get involved in industries that back mobile photo-sharing services. For example, the proliferation of sharing images and videos also creates demands for rapid storage, retrieval and transmission of those images. Companies like Tintri, which makes storage and retrieval much more efficient, could benefit nicely from the flow of capital into Instagram competitors. Venture-backed Tintri has more than 40 Fortune 1000 customers and is growing at 100% a quarter.

At the same time, a lot of venture capitalist brainpower will now be devoted to finding companies working on the next big thing. Perhaps they don't yet have many users but have the potential to become huge in two years.

For firms like Sequoia, it looks like there is no need to make a lucky bet two years early. They just have to be in the deal at half its ultimate acquisition price the week before. But for the rest of the venture capital industry, Facebook’s acquisition of Instagram is likely setting off a feeding frenzy.

What impact do you think Facebook's purchase of Instagram will have on startup funding? Let us know in the comments below.