5 Steps for Keeping Digital Data Safe When Traveling to China

Riva Richmond
April 27, 2012 5 min read
Opinions expressed by Entrepreneur contributors are their own. 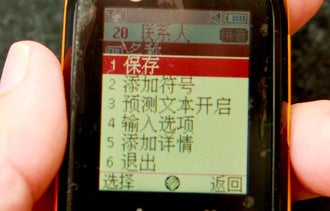 The Chinese market is huge and can be enticing for many business owners, but a visit to China can threaten your business if you aren't careful.

Your valuable intellectual property and other proprietary information could be vulnerable to electronic snooping. Entrepreneurs report incidents of laptops and other devices being tampered with in customs and when left in hotel rooms in China. They also have seen signs that email, Internet use and phone conversations may have been subject to surveillance.

The spying is said to be part of a national Chinese policy to accelerate economic development and growth that condones, if not embraces, bareknuckle tactics such as cybertheft from foreign companies, according to a report to Congress by the U.S. Office of the National Counterintelligence Executive. The Chinese government has denied that it engages in cyber espionage.

Nevertheless, you should take precautions. Here are five tips for making security a priority when working in China and other risky countries:

1. Prepare your laptop.
Install updates for your operating system and other software to plug known security holes and make sure your security software is up to date. Leave Bluetooth earpieces and keyboards at home and turn off your devices' Bluetooth function, which can enable eavesdropping. Also, lock your device with a PIN or password, and use whole disk encryption to protect stored data.

On a recent trip to China, Rich Mogull, chief executive officer of Securosis, a Phoenix, Ariz., security research and advisory firm, took along a MacBook Air because its built-in memory and lack of a Firewire port would make it difficult to crack should someone gain physical possession of it. To make physical snooping even harder, he set up FileVault 2, the whole disk encryption built into Apple's Lion operating system. To catch any virtual snoops, Mogull set up a firewall that scrutinized traffic leaving his computer and programs trying to connect to the Internet.

2. Strip unneeded data from your devices before you travel.
Companies in manufacturing and other industries that can be vulnerable to cyber espionage should consider using travel-only devices that contain a minimal amount of data and can be scrubbed aggressively once back home. That way, they won't lose much if their devices are infiltrated.

Employees at Miami-based financial services and advisory firm AEGIS FinServ Corp. take it a step further by taking blank laptops and flash drives, which are protected with a PIN and encryption and hold only the data they will need, says president Jim Angleton. After they use the drives on a laptop, AEGIS's IT department immediately cleans the machine.

3. Use a throwaway, pre-paid cellphone.
Angleton and others recommend that business travelers turn off their mobile phones to avoid downloading spyware and taking it back home. Instead, use temporary devices in China that you purchase at home. Phones or PCs made for the Chinese market could have monitoring software built into them.

Keep in mind that unless your calls are encrypted -- by using Skype, for example -- the government can monitor them, even if you're using a U.S. cellular company's service.

As with laptops, keep smartphones and tablets in sight at all times. Respectfully but firmly decline to let customs officers take your devices to a backroom without you, and carry them with you when you leave your hotel room, Angleton says.

4. Use a VPN while on the Internet.
The Chinese government closely watches Internet traffic and often uses its so-called Great Firewall to block content it doesn't approve of, such as discussions of politically sensitive topics.

This digital blockade affects nearly every foreigner living or working in China. Michael Stanat, who recently opened market research firm SIS International's Shanghai office, says he has had trouble accessing Dropbox, Twitter, YouTube and Facebook from China. Derek Capo, chief executive officer of Next Step China, a company that facilitates language study in China and is based in Miami and Beijing, has seen emails disappear from his Gmail inbox and has been unable to read certain emails or access Gmail at all.

One way to avoid this is to use a VPN (virtual private network), which creates an encrypted tunnel for your Internet traffic so it can't be read or tampered with by interlopers. A VPN can also make it appear that you are sitting in the U.S., which can help you access U.S. sites that block or put security roadblocks in front of visitors from China or other foreign countries.

5. Wipe or toss devices when you return home.
Security experts recommend treating all devices as compromised after a trip to China. Wipe and reformat laptops and tablets before using them at home or work, or simply dispose of them. Remove SIM cards from cellphones and crush them underfoot or break them in half, and take the phones to a recycling center.