By Scott Shane May 25, 2012
Opinions expressed by Entrepreneur contributors are their own. 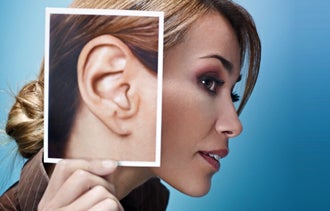 Raising the minimum wage is shaping up to be an important issue this year, with several state legislatures considering increases and other states putting the issue on the November ballot.

For years, labor leaders have been urging the U.S. Congress to raise the federal minimum wage. Small business associations have pushed back, opposing any increase.

Small business is right -- not just for itself, but for the U.S. A higher minimum wage will cut employment, reduce access to the entry-level positions that lead to better jobs, increase poverty and motivate teenagers to leave school.

Let’s start with why the minimum wage is bad for small business. Put simply, it raises the cost of hiring at companies that employ low-wage workers. Faced with higher labor costs, these businesses can try to raise prices, lay off workers or cut their profit margins. Competitive pressures usually prevent them from boosting prices. That leaves them with the unpleasant choice of either cutting jobs or accepting lower profits.

Employees, of course, will be hurt if companies cut the number of low-wage jobs because of a higher minimum wage. Wages depend on the value that people produce. If government tells businesses they have to pay people more than that value, they will get rid of unproductive workers. In fact, economists estimate that each 10 percent rise in the minimum wage leads to a 1 to 2 percent decline in the employment of low-skilled workers.

The adverse effects are even greater for young people working in small businesses. A study by Joseph Sabia at the University of Georgia showed that a 10 percent increase in the minimum wage leads to a 5 to 9 percent drop in the number of teens small businesses employ.

Not only does the minimum wage hurt people in the short run, but it also can harm them over their entire careers. Entry-level jobs give people the chance to develop skills, receive training and prove their value to employers. If a higher minimum wage means fewer people get entry level jobs, then it is also deprives them of the opportunity to work their way into better positions.

A higher minimum wage also can induce some teenagers to drop out of school, setting them up for a lifetime of poor earnings. Research by David Neumark of the University of California at Irvine and William Wascher of the Federal Reserve Board of Governors showed that a 10 percent rise in the minimum wage led to a 2 percent decline in school enrollment, a pattern confirmed by other studies.

Related: How to Budget Your Own Salary

How is that possible? Because they can choose among many potential workers for minimum wage jobs, employers often select teenagers from middle-class families over poor adults because the teens have greater job potential. Thus, less than one-fifth of people earning the minimum wage had household income below the poverty level, according to research by Richard Burkhauser of Cornell University and Joseph Sabia of the University of Georgia. The end result: poor adults who remain unemployed and stuck in poverty after being passed over for entry-level jobs.

Our elected officials have the best intentions when they favor minimum wage increases. Telling business owners to give low-paid workers a raise sounds like a good way to help the poor. In contrast, small-business owners often have selfish motives when they oppose the minimum wage because it reduces their profits. But their self-serving motives actually turn out to be more helpful to low-skilled workers than the altruistic views of our elected officials. Ironic, isn’t it?

Related: Hiring on a Shoestring (Video)