RIM Founder Mike Lazaridis on the Challenges of Reinvention 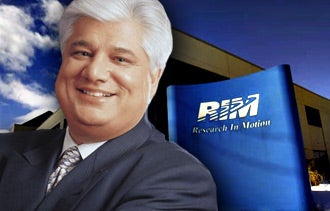 If you've been in the business world in the past decade and had a smartphone, it's likely that at some point you owned a BlackBerry. Since it was released in 2003, the BlackBerry smartphone became popular among business users for features such as its thumb-friendly keyboard, wireless email and instant-messaging app.

But while BlackBerry has been losing considerable market share to rivals such as Apple and Google in recent years, it unquestionably was one of the pioneer phones of the mobile industry. That's where Mike Lazaridis comes in. As a student at Canada's University of Waterloo in 1984, Lazaridis founded Research in Motion, the company that developed and manufactures the BlackBerry line of devices.

While Lazaridis stepped down from his role as RIM's co-CEO earlier this year amid turbulent times at the company (it recently reported a $518 million loss for its fiscal first quarter and plans to cut 5,000 jobs), his interests in tech stretch beyond his work in mobile. He has also founded two research institutions: the Perimeter Institute for Theoretical Physics, an independent theoretical physics research institute, and the Institute for Quantum Computing, a research center focused on fundamental aspects of quantum mechanics and their applications to information processing which was established within the University of Waterloo.

In an email interview, we discussed what's helped him most in the tech business. What follows is an edited version of our exchange:

Entrepreneur: Looking back, what helped you the most in breaking through in the technology business?
Lazaridis: We gave people something they not only wanted, but discovered they needed. The BlackBerry literally changed the way people communicated.

Entrepreneur: Who is your tech hero? Why?
Lazaridis: I have many tech heroes, but if I were to name one it would be Intel co-founder Andy Grove. He built an amazing company and then at the height of its success he realized that he had to reinvent himself and his company as the earth under the computing world was shifting from memory chips to microprocessors.

He had the courage, vision and leadership skills to not just adapt to the change, but to embrace it, and in the process he strengthened Intel's leadership position.

Entrepreneur: What in your opinion makes a tech company great?
Lazaridis: It's not all that different from what makes any company great. It starts with people. A tech company must have visionary leadership that can attract and inspire dedicated employees who believe in the company's destiny and want to play a role in its success.

Greatness also requires customer-based marketing that meets and anticipates customers' needs. And, a technology company must be focused on providing quality products and real value to its customers.

Entrepreneur: As an entrepreneur, what's next for you?
Lazaridis: I am, of course, continuing my involvement at RIM as vice chairman of the board of directors. I am also continuing to pursue my interests in theoretical physics and quantum computing by helping to support research at Perimeter Institute for Theoretical Physics and the Institute for Quantum Computing. I am focused on supporting basic research that seeks long-run solutions to today's most difficult technological challenges.