4 Lessons Every Entrepreneur Can Learn from RIM's Downfall

By Jason Fell June 29, 2012
Opinions expressed by Entrepreneur contributors are their own. 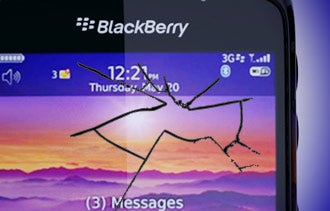 Another once-great company with a market-dominating product may be in danger of becoming extinct. This time it's Research in Motion, the Waterloo, Ontario-based maker the BlackBerry line of mobile devices. Yesterday RIM announced a $518 million quarterly loss, the elimination of 5,000 jobs and the delay for the release of the BlackBerry 10 smartphone.

These are all blows to a company that created the pioneer phone of the mobile industry.

But the turbulence isn’t the result of some recent and sudden market shift. RIM's slide can be traced to a number of missteps made by its managers over several years. Here's a look at four of those ill-fated decisions and the lessons that entrepreneurs can learn from them:

1. Don't ignore the competition. This may be the biggest and most obvious mistake. Can we say, iPhone, anyone?

In 2007, when RIM had sold 20 million BlackBerry devices and had more than 9 million global subscribers, the company effectively shrugged off the threat that Apple was creating a "BlackBerry killer." The result? BlackBerry's global market share of smartphones has fallen to just 6.2 percent, while Apple has 23 percent and Android-powered smartphones hold a whopping 59 percent.

Related: RIM Founder Mike Lazaridis on the Challenges of Reinvention

2. Keep leadership strong and unified. Until earlier this year, RIM was managed by founder Mike Lazaridis and Jim Balsillie, who served as the company's co-CEOs. Having two leaders calling the shots can become confusing, especially when both need to agree before plans can be put in motion.

“Gaining consensus to get something done was next to impossible,” a former RIM employee told Canadian Business magazine. “It just stalls all innovation.”

Add to that how Lazaridis and Balsillie worked in separate offices and are said to have rarely met in person during their final days as co-CEOs, and you've got trouble.

3. Pivot when necessary. It may be easier said than done, but RIM waited too long to update its lineup of BlackBerry phones while consumers gravitated to more consumer-friendly iPhone and Android devices. Now in the face of thousands of layoffs to shore up $1 billion in emergency savings, RIM's new CEO Thorsten Heins is conducting a strategic review and might be considering options such as selling off parts of the company.

4. Don't be distracted by noncore businesses. If your main objective is to grow a company, then it might behoove you to keep outside distractions to a minimum. In addition to RIM, Lazaridis has been involved with two research institutions he founded: the Perimeter Institute for Theoretical Physics and the Institute for Quantum Computing.

Meanwhile, Balsillie had hockey. Between 2006 and 2009, Balsillie made a number of failed attempts to purchase professional hockey teams, including the Pittsburgh Penguins and the Phoenix Coyotes. Perhaps these campaigns wouldn't have been an issue if they didn't take place during critical years when RIM was facing mounting competition from new smartphone players like Apple.

What business lessons would you add to this list? Let us know in the comments section below.