How to Know When It's Time to Walk Away

By Adam Toren July 4, 2012
Opinions expressed by Entrepreneur contributors are their own. 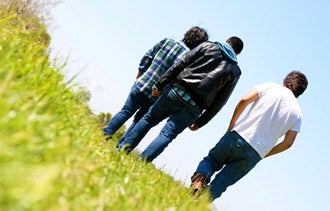 "You know the saying: If you can’t be a good example, at least serve as a warning to others. Consider this exhibit A for knowing when to walk away.

My friend's grandfather had dreamt of starting his own company for literally half a century. Ideas that were creative and ahead of their time when he conceived them are now sadly and severely out of date. He’s lost his wife, his home, his career and his financial security to this dream. Yet he still won’t let it go.

Over the years, he’s changed his pitch, his approach and his list of potential contacts, but he still hasn’t raised a dime or sold much of anything. Now in his 70s, he’s still pitching his tired ideas to whoever will listen, all while spending his minimal disposable income on postage and copying costs.

I know what you're thinking: This can't ever happen to me. Right? You’ve poured your heart and soul, your time, your money and more into your business, so it simply must succeed. While that's nice to say, it's not always true. The more you're able to realize that success can come and go, the better positioned you'll be to take advantage of other, more promising opportunities.

Here's how to know when to say when:

We have a tendency to admire persistence and belittle a quitter. Don’t think that way. Ask yourself, "Is this the last good idea I’m ever going to have?" Sometimes success is about letting go of your current dream so that you have room for others.