By John Patrick Pullen September 6, 2012
Opinions expressed by Entrepreneur contributors are their own. 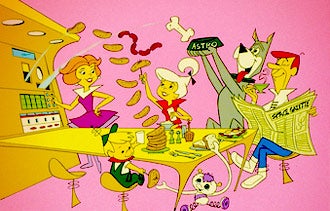 The foodservice industry is poised to outpace the economy for the 12th consecutive year with sales expected to reach $632 billion, a 3.5 percent increase over 2011, according to the National Restaurant Association. And restaurants will reinvest a lot of this money in technology that gives them an edge.

Customers already are signing credit card bills with their fingers on touchscreens and using apps to order at fast-food restaurants. But those are just the beginning. Entrepreneurs in the foodservice industry should keep an eye on the following five innovative technologies that are improving the way restaurants do business -- in kitchens and front of the house. 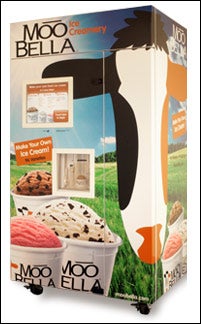 1. Touchscreen Food Vendors
Digital boxes such as the MooBella Ice Creamery Machine can produce 96 variations of cool treats in 40 seconds. Another example is Coca-Cola's Freestyle soda fountain has the potential to dispense more than 100 distinct beverages from one touchscreen device.

Who should use it: While cafeteria settings are a natural fit, fast-food restaurants and grab-and-go establishments could benefit from reduced staffing with these machines.

How much it costs: Prepare to pay for convenience. The machine, made by Taunton, Mass.-based MooBella Inc., costs $20,000, while Coca-Cola's Freestyle is available on lease for $320 per month. From syrup to soda, it costs on average 30 percent more than a standard fountain machine to operate. But that cost difference could be softened by greater demand from customers curious to create their own flavors. 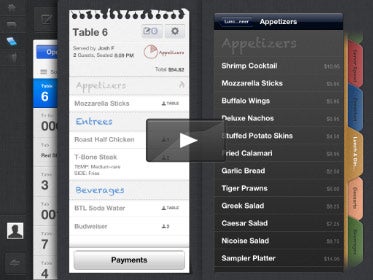 2. Tablet Restaurant Management
Busy hosts may like the New York City-based app Breadcrumb, which was created by a team of restaurateurs turned software makers. This flexible iPad app provides real-time views of tables, catalogs the menu by a selection's name or ingredients, processes sales and delivery tickets and sends orders to the kitchen.

Who should use it: New eateries or those looking to completely overhaul their operations would get the most value out of Breadcrumb because it is so comprehensive. But the app will also work with traditional receipt printers and cash drawers. 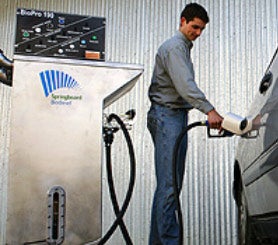 3. Automatic Biodiesel Converters
Before petroleum-based fuels, cars ran on biodiesel. But Chico, Calif.-based Springboard Biodiesel has reinvented the way the fuel is produced. Its BioPro automated processors kick out industrial grade biodiesel in small batches after you pour in used vegetable or animal oil.

Who should use it: This innovation isn't just for eco-friendly establishments. Any restaurants that makes a living with their fryers can fuel their diesel vehicles with their oil waste.

How much it costs: The BioPro 190 is the company's least expensive and lowest capacity processor. Priced at $9,995, it converts 50 gallons of used cooking oil per batch. Additional materials necessary to make the oil-to-fuel conversion, such as sodium or potassium hydroxide, methanol and sulfuric acid, electricity and water, add about $50 to the cost of converting a batch. But the investment can pay off in reduced fuel costs as well as kitchen maintenance and used oil removal.

Related: The Creator of 'The Best Sandwich in America' Shares His Secrets to Success 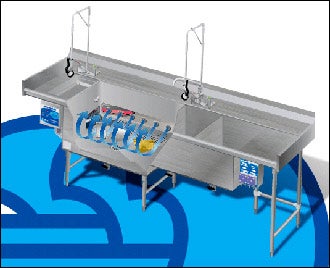 4. LED Alert Systems
Kitchens can be loud and hectic and often staffed by people who speak different languages. Kansas City, Mo.-based Power Soak's Silent Alert System shines a light on kitchen confusion with a colored, LED alert system that's obvious, yet unobtrusive. By illuminating the floor under the dishwashing sink or the wall above the deep fryer, for example, the system alerts workers to time-sensitive tasks such as when the pots are washed or when silverware is dry and ready to be used.

Who should use it: Any busy cooking area could benefit from the illuminated alerts. Because the light can be angled so as not to intrude on dining areas the way sound alerts might, it can help maintain ambience in high-end eateries.

The Silent Alert System works only with Power Soak's dishwashers, though the company has licensed the technology to be used by other companies that make kitchen machinery.

How much it costs: The Silent Alert System is a standard feature on Powersoak's higher-end, automated dishwashing controllers, which can run from $4,000 to $20,000. 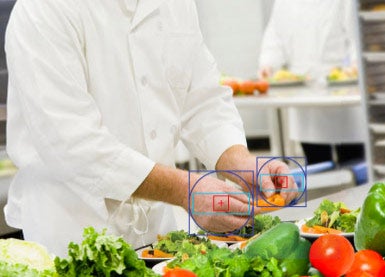 In trials at healthcare facilities around the U.S. last fall, employees wore identification badges equipped with radio frequency transmitters that alerted the system when workers approached the sink to wash their hands. The system tracked how long the washing lasted and whether soap or sanitizer was used. It can also monitor workers to see if they are wearing gloves and hats while handling food, giving management insight about whether they need to reinforce training.

Who should use it: Because the system can track workers remotely, it could appeal especially to franchise operators who have difficulty monitoring multiple facilities simultaneously.

How much it costs: For hand washing compliance, Sealed Air estimates a monthly cost of between $300-$500 per restaurant, depending on the number of monitoring stations needed.That price increases if businesses want to train for other food preparation requirements, like hairnets or food handling.

Related: 6 Tips on Innovation from 'Treps in Emerging Markets