What a Language-Translation Platform Learned From TechStars 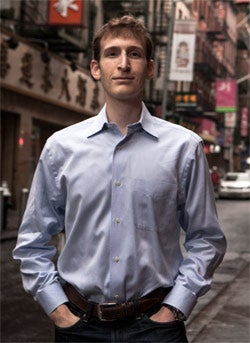 The startup: VerbalizeIt, founded by Ryan Frankel and Kunal Sarda, provides real-time phone and internet access to a community of human translators to facilitate global, cross-language conversations. The company graduated last year from the TechStars program in Boulder, Colo., rebranding itself and officially launching in July. Some 60 companies per year are selected for TechStars, which also operates in New York, Seattle, Boston and San Antonio.

What it is: While on a trip to China a few years ago, Frankel fell ill and was unable to express his needs to a pharmacist. It was "one of those moments where you'd do anything to have someone who could communicate on your behalf," says Frankel, who serves as CEO of the New York City-based startup. "I resolved to build a company that would provide the quality of a call center but that would be affordable and accessible to everyone."

While attending the University of Pennsylvania's Wharton School, he teamed with Sarda, now COO, to create VerbalizeIt, which has 3,000 translators helping thousands of individual users and commercial clients. The service also offers asynchronous document, audio and video translation.

Getting in: "What impressed me about Ryan and Kunal was their ability to execute quickly," says Nicole Glaros, a managing director at TechStars and a mentor to the VerbalizeIt team. "What takes many teams months to do, these guys were doing in mere days. They made a pretty significant pivot during the program, from focusing almost exclusively on being a consumer app to being the human translation platform for any application. It took them a little while to fully grasp what that pivot would mean to their company, but once they saw the opportunity, they understood how that approach was much more powerful."

The goods: TechStars invests up to $118,000 in each of its graduating companies and provides them with access to investors, media and potential business partners during the three-month program. Frankel says VerbalizeIt sees benefits from the experience "every day"--from being affiliated with the powerful TechStars name to gaining introductions via mentors.

The VerbalizeIt team has grown from two people to eight; in October it closed on a $1.5 million round of private equity funding from angel investors.

Lessons learned: Be receptive to new advice, but be able to filter the good from the bad, Frankel says. "There's a healthy balance between being open to change but being true to your vision for the company," he says.

Another takeaway: Be sure you have genuine passion for what you're doing, because with a startup, you're always "on." "You're always in a meeting with someone, you're always meeting a new mentor or investor, or you're on the phone talking to a new customer or supplier," he says. "Literally 18 to 22 hours a day of work for 13 straight weeks, seven days a week. It's tough to keep the energy level up."

Looking ahead: The VerbalizeIt team is working to amp up product development and distribution.