By Sarah Max March 5, 2013
Opinions expressed by Entrepreneur contributors are their own.

Most Americans recognize 1776 as the year that our startup-of-a-country declared its independence from England. Soon, Washington, D.C., area residents may begin making more connections between 1776 and a hub for startups intent on solving the nation’s big systemic problems -- an atypical milieu for the typical entrepreneur.

Launched in February, 1776 envisions a cluster of entrepreneurs working under one roof, while being strategically close to both K Street and The White House. About a year ago, Donna Harris, the former managing director of the national Startup America Partnership, came together with Evan Burfield, an entrepreneur who has worked alongside government entities, with a common vision that D.C. was the best place to bring together innovation and public policy.

"Washington, D.C., is the most powerful city on earth," Harris says. "Every major corporation, NGO, government, country in the world has a connection here, but none of those assets are really aimed at entrepreneurship." 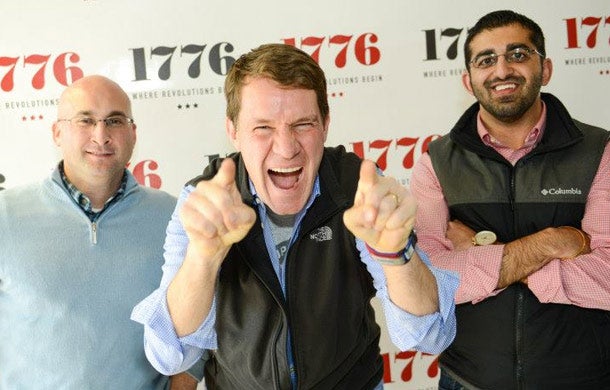 Harris and Burfield spent the next year visiting and researching different groups that facilitate startups, including General Assembly and 1871 in Chicago. They settled on a model that will bring entrepreneurs together in a 15,000-square-foot "incubation platform" that includes an accelerator and co-working space.

The campus, which is one block from K Street, will also host classes and events where startups can meet with each other, and with policy makers, lobbyists and larger corporations. Harris envisions an environment that is comparable to hosting unacquainted friends at dinner parties. "That's what we want to do on steroids," she says. "We bring together all these worlds that should be talking, but aren't." 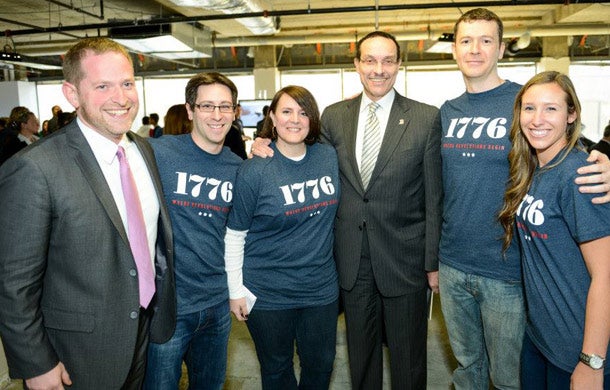 In what was its first public-private financing success, 1776 secured a $200,000 grant from Washington Mayor Vincent Gray through an economic development fund. While 1776 will be a noteworthy addition to the Washington entrepreneurial community, Burfield and Harris hope that it will be a resource for startups around the country.

"What we’re really doing with 1776 isn't about growing the D.C. startup scene per se," Burfield says. "It’s about the fact that there are entrepreneurs across the U.S. and the world who are building companies that are focusing on these tired, frustrating industrial-era legacy institutions such as healthcare, energy, transportation, education and government. We want to help any startup do it better by unlocking the resources we have in the region."

Encouraging entrepreneurs to try to solve such challenges is intriguing. But can it work in a town that has become more hospitable to partisan gridlock than creative compromise, where one man’s solution is anathema to his neighbor? The prospect of austere government budgets under the so-called sequester presents further challenges for an accelerator whose members are squarely in the public-private space.

Even so, perhaps 1776 offers a new way forward, one that neither acts like nor looks like the pot-holed path of government bureaucracy. To that end, 1776 hired D.C.’s hottest design firm, O’Neill Studios, to create the same buzz around its new space that O’Neill had done for such chic area restaurants as Lincoln and SEI sushi lounge.