By Brian Patrick Eha March 28, 2013
Opinions expressed by Entrepreneur contributors are their own.

As much time and effort as it takes to start a business, growing a new venture from 5 to 50 employees can be even more challenging. And unlike the early days of a company, when founders might have the camaraderie of an incubator program to rely on, the next stage in the startup life cycle is often a lonely one.

The NYC Venture Fellows Program wants to help these entrepreneurs get off their islands. Since 2011, the program -- a joint initiative between the city's Economic Development Corporation (EDC) and Fordham University -- has provided startups in New York City with a support system for that post-incubator, post-seed funding period.

In the past, "government was never really understood as a partner" in entrepreneurial efforts, says Brian Cohen, one of the program's mentors and the chairman of New York Angels, a consortium of private investors. "Now [the city] government is being recognized as a quality, thoughtful partner in helping to grow these companies."

The program's 12-month fellowship matches startup founders with mentors drawn from the ranks of business, technology, media and finance.

"New York is a great place to start a company," says Sri Swaminathan, an assistant director at the EDC. But that isn't enough, he says. The process of growing startups into profitable businesses with employees and dependable revenue "is what sustains the ecosystem of a city."

While the program does not provide direct funding, it does offer mentorship, peer networking and the prestige and visibility that could lead to funding. Cohen says money "is always a possibility" for the fellows, either from mentors themselves or from others in the mentors' personal networks. Guillaume Gauthereau, a 2012 fellow, raised $19 million in a series B round for his company Totsy while in the program.

To be accepted as a fellow, you must first be nominated by a friend, a colleague, a mentor or an investor. Only then can you submit an application. For the class of 2013, a three-person selection committee sifted through 148 applications to choose the 30 fellows. The committee members were Martin Sorrell, chief executive of communications services giant WPP Group; Joseph McShane, president of Fordham; and Lawrence Lenihan, founder and managing director of venture capital firm FirstMark Capital.

When making decisions, the committee considers the growth trajectory of each startup and its ability to raise capital, any media coverage it has received, and its potential to create employment in New York City. In 2012, the committee chose 28 fellows from 117 candidates. The program's limit, according to Swaminathan, is about 30 fellows.

According to current fellows, the program's main benefit is that it fosters relationships with high-profile entrepreneurs and other business leaders whom they otherwise would be unlikely to meet. 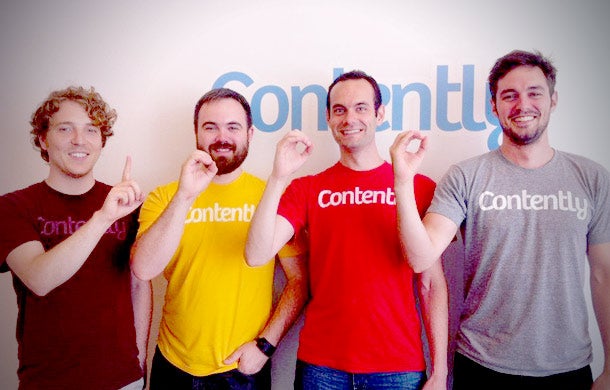 "The caliber of people there just blew me away," says Shane Snow, a 2013 fellow and co-founder of Contently, a platform that enables brands to publish editorial content in collaboration with journalists. Among the 2013 mentors are Steve Brotman, managing partner at Silicon Alley Venture Partners, Milk Studios founder Mazdack Rassi and Bit.ly's chief scientist, Hilary Mason.

Twice a year, in February and August, the program brings all 30 fellows together for an intensive weeklong series of panels and workshops. In addition, two or three workshops or panels are held once every six weeks.

This meeting of the minds has allowed Snow to break out of what he calls the "incestuous" world of tech startups and connect with leaders from more established businesses. One of his mentors is Jonathan Dube, the general manager of CBS Interactive. The other is Gregory Miller, an investment banker, who is able to advise Snow about the world of finance. (Each fellow is assigned two mentors, with some overlap.)

Although Snow speaks highly of the program, he has suggestions for how it might be improved. As it stands, networking is left up to the fellows' discretion. There is a "go forth and connect" attitude after the first week, he says, and it would be nice if get-togethers were more frequent so the startup founders had a better chance to "serendipitously connect" with each other.

The mentors, 44 in total, are all volunteers, and often make their own office space available for workshops and other program events. Cohen describes his fellow mentors as "prima donna types, but they're prima donnas with big hearts who really feel they need to help the New York startup community."

Swaminathan says the program will ultimately be considered successful if its fellows' companies grow in revenue and jobs, and if the number of nominations and applications continues to increase each year. 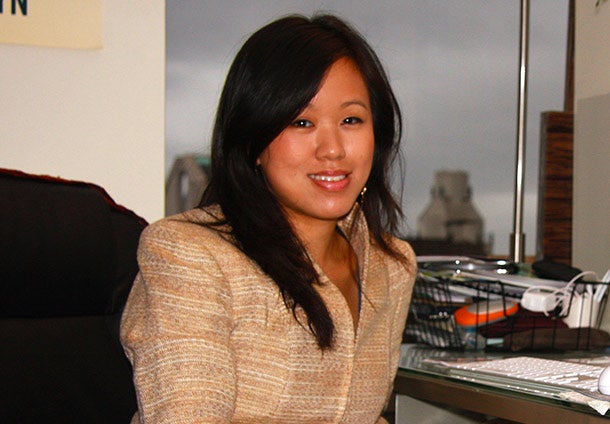 Lily Liu, a 2013 fellow in the NYC Venture Fellows Program, in the offices of her company PublicStuff, which uses technology to improve communications between city governments and their citizens.

"I'm looking for really good, unbiased sounding boards," says Lily Liu, another current fellow, when asked what she hopes to get out of the fellowship. She is the founder and chief executive of PublicStuff, a company that aims to help city governments better communicate with their citizens to solve problems.

In addition, she hopes to tap her mentor Charlie Kim's "wealth of experience in managing people." PublicStuff has grown from five people to 20 in the last 12 months, and she thinks Kim -- the CEO of NextJump, which provides employee rewards for 90,000 companies globally -- can help her to establish best practices for employee management.

"It's a game of who you know," Snow agrees. "That's the game you play at this scale."

And as the program becomes more well-known, what is already a prestigious fellowship may become highly coveted. The connections it offers can be invaluable to high-aiming entrepreneurs -- people who, as Shane puts it, "are going after something big and who need big connections to make those things happen."

Related: What to Consider Before Your Business Expands