By Sarah Max August 19, 2013
Opinions expressed by Entrepreneur contributors are their own.

The inspiration for LanguageLine Solutions came with a 911 phone call more than 30 years ago when police officer Jeff Munks responded to a call from a man who didn't speak English. It wasn't until Munks arrived on the scene that he understood that the caller's son was having a medical emergency.

Today, the Monterey, Calif.-based company is the global leader in over-the-phone, onsite and, as of late, video interpreting services. Its 6,250 employees provide round-the-clock support in 200 languages to medical, government and financial services clients, among others, throughout the United States, Canada, United Kingdom and much of Latin America. In 1989, the founders sold to AT&T, and in 2004 the company was acquired by private equity firm ABRY Partners. 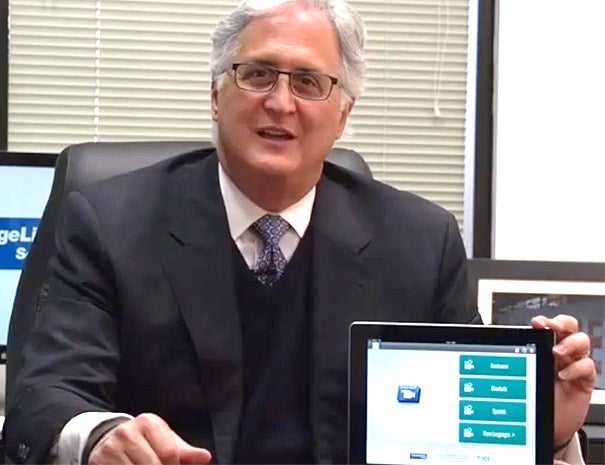 LanguageLine rode the tailwinds of an increasingly global economy. Yet, like a lot of companies that move into mature stages, it saw its growth begin to stagnate.

In June 2012, LanguageLine brought in chief executive officer Scott Klein to get things moving in the right direction.

"Language Line had been doing the same thing for a very long time," says Klein, who had held CEO and executive posts at several medium-sized companies before retiring, albeit briefly, in 2010. "It was solid but it wasn't growing, and there was no innovation."

There are different ways to approach this kind of dilemma, says Klein. A typical strategy, he says, is to "spend months and months going through a business and understanding details and then formulate a grand plan."

Klein prefers what he calls real-time transformation: Rather than waste precious time studying what's wrong with an organization, proceed directly to envisioning what it should look like and "start knocking off the list of impediments that are keeping you from getting there," he says.

In order to do that, it needed to first narrow its focus. Companies that move from the startup to mature phase often cast too wide of a net when looking for future growth opportunities. LanguageLine, says Klein, had been trying to do a lot of things to boost its bottom line, from selling prepaid interpreter calling cards to monetizing data on language usage, but most of its efforts were only an afterthought.

The company's new strategy hinged largely on more viable video interpretation services. This option had been in place for many years, but the service was cumbersome and required specialized equipment. "We have an old promotional video showing a doctor lugging a massive cart of video equipment into a patient's room and getting down on the floor to plug it in while a voiceover describes how easy it is to use," says Klein. Though LanguageLine is the largest company in the translation and interpretation industry, its archaic video services had made it vulnerable to competitors.

LanguageLine Solution's strategy of immediate action, as opposed to change after a lengthy analysis, doesn't work for every situation. "But in this case it was absolutely the right decision," says Lawrence Gelburd, an expert on leadership from the University of Pennsylvania's Wharton School. The company was at a critical point where, had it not moved quickly, "they would have put themselves out of business."

In January 2013, LanguageLine began client testing LanguageUc, a web-based video interpretation service that clients can access from nearly any device at the press of a button. The service is not only critical for communicating with people who are hearing impaired, it also allows interpreters to see non-verbal gestures and body language.

Other changes include moving from a home-grown information technology infrastructure to a more streamlined cloud-based solution. The company has also put more emphasis on localization services that, in addition to translating documents or training videos, adjust content to account for cultural norms. Under Klein’s watch, LanguageLine revenue has increased to more than $300 million from $250 million. Over-the-phone interpretation has shrunk to 80 percent of business from 90 percent of business.

Of course, rapid-fire transformation can't happen without buy-in from employees. "Everyone needs to understand what their objectives are, how they're measured and how what they do ties into the company's overall strategy," he says.