One of the biggest threats to retailers continues to be organized crime, according to a recent study released by the National Retail Federation. The group’s annual survey found that 94 percent of retailers said they’d been a victim in the last year. While a dip from 96 percent in 2012, this is the third year that more than 90 percent of the retailers surveyed admitted to being victims of professional thieves.

A certain kind of gift card fraud emerged as an additional problem facing retailers. Nearly 80 percent of those surveyed had experienced thieves returning stolen merchandise without a receipt in order to get a gift card and then resell that gift card on secondary markets.

Fortunately, 48 percent -- almost half of those surveyed -- believe that law enforcement understands the problems created by professional thieves. Take a look at this infographic, created by the NRF, detailing these and other trends. 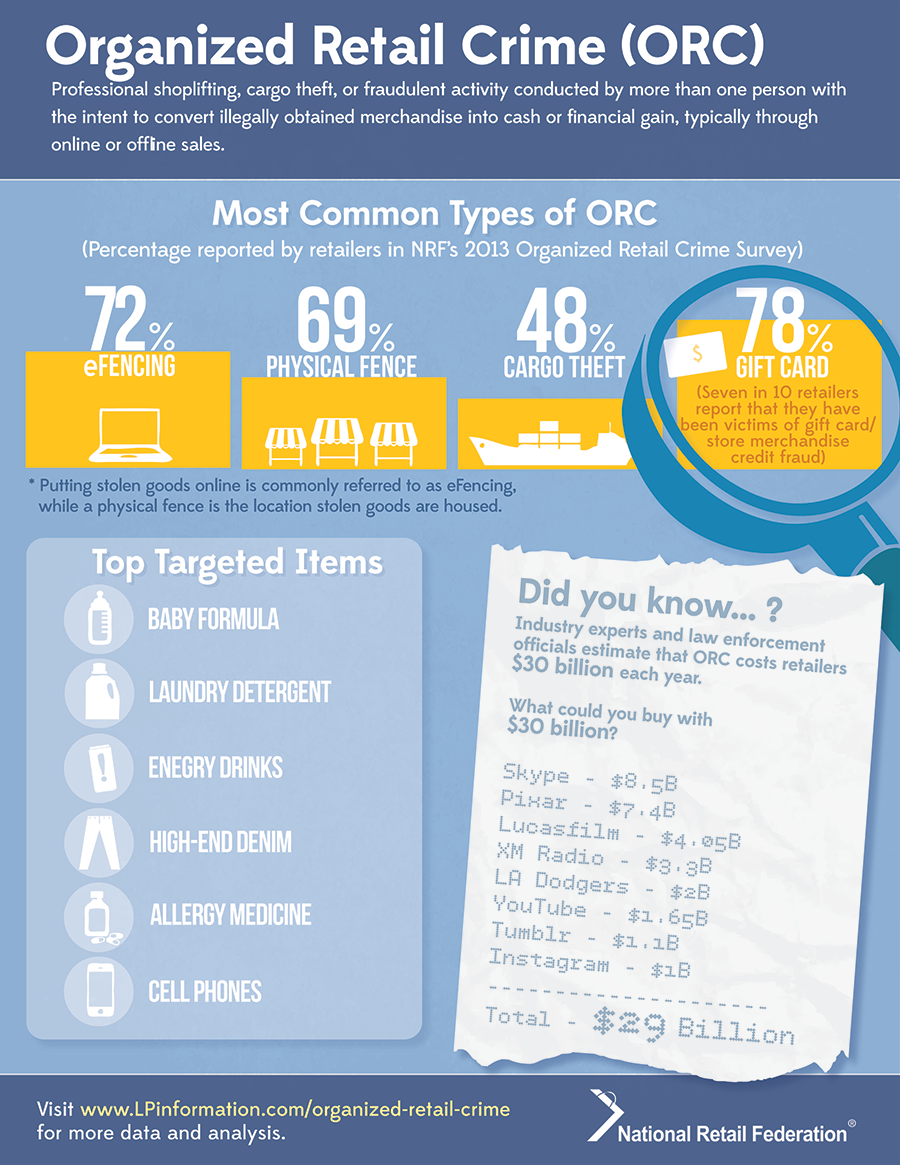