Recognizing the Silver Lining -- And Business Idea -- Behind a Bad Internship

Lambeth Hochwald
August 2, 2012 4 min read
Opinions expressed by Entrepreneur contributors are their own.

Shara Senderoff is making a business out of giving a voice to the lowliest of workers: Interns.

During a particularly unfulfilling summer internship at a small New York City-based TV production company in 2005, Senderoff, now 27, said she spent five weeks building file cabinets -- instead of the on-set training she was promised. Through that undertaking, she knew there had to be a better way to ensure interns received more positive learning experiences.

Upon returning to Boston's Emerson College after her internship wrapped up, she hammered out a business plan for a new website aimed at helping interns explore and inspect different opportunities in hard-to-break-into fields like fashion, media and film. That site, Intern Sushi, wouldn't get started until 2011, however. 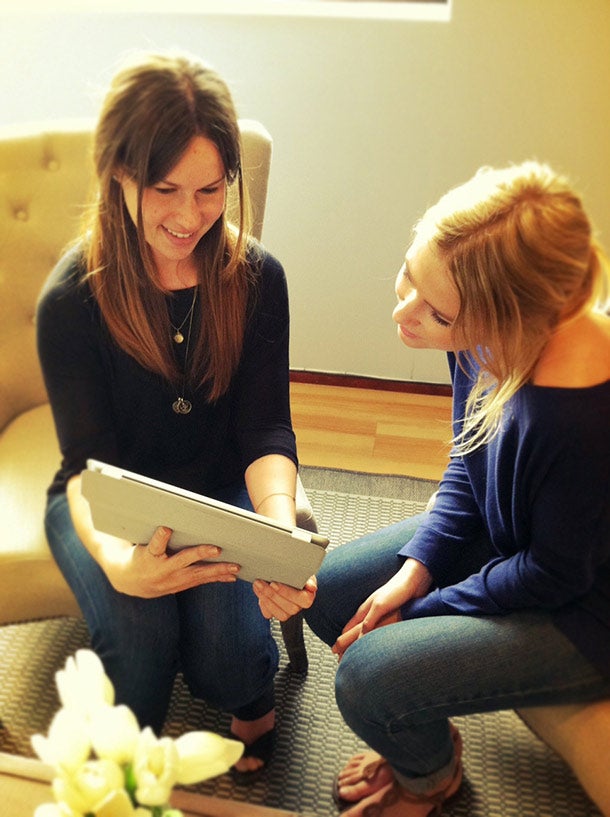 Shara Senderoff (left) started up Intern Sushi in 2011, after recognizing the need to improve the way companies hire interns.

After graduating in 2007, Senderoff moved to Los Angeles and took a job at Mark Gordon’s TV and film-production company (Gordon is known for his work on Grey’s Anatomy, Criminal Minds and Saving Private Ryan). There, she convinced Gordon to invest and then co-found Intern Sushi. Today, the company has a staff of 20 and more than 20,000 internship seekers registered on the site. Intern Sushi’s primary revenue stems from premium-membership subscriptions, which run $8.99 a month or $79.99 a year. The company forecasts a 50 percent increase in premium memberships this year, and, in the future, Senderoff says Intern Sushi will offer advertising on the site.

YoungEntrepreneur.com sat down with Senderoff to chat about starting up with her former boss as co-founder and other start-up challenges. Here is an edited version of that conversation:

Q: You got permission to start up from your then employer, Mark Gordon. Did he readily give you his blessing to start moonlighting or was it more complex than that?
A: While working as a film development executive/producer at the Mark Gordon Company (I was hired from an internship years ago), I pitched him the idea for an industry-disrupting site that would re-energize and revitalize the internship-hiring process. As a storyteller and proponent of internship programs in general, Mark immediately fell in love with the idea of a platform all about storytelling and asked what he could do to help.

Related: How One Young Trep Bucked the Odds During the Great Recession

Q: You started your company as a side project initially. What was the biggest challenge doing so presented and how did you overcome it?
A: It was a juggling act to balance all of my responsibilities. I overcame it by becoming an expert at prioritizing. I found it more critical a skill than multi-tasking.

Q: Why did you start the company with Gordon as a co-founder? What are the advantages and disadvantages of doing this?
A: Mark is an incredibly talented and successful storyteller and his years of business experience provided Intern Sushi with a wealth of knowledge and important connections. Thanks to that, we were immediately able to secure highly coveted internships for our site from top companies, including Lionsgate, Warner Music Group, FunnyorDie.com and Michael Stars, which worked for us in attracting users.

Q: What was the biggest advantage and disadvantage of starting up as a young entrepreneur?
A: The biggest disadvantage is that you can't possibly have the years and experience under your belt needed to make key decisions. But the advantage of being an entrepreneur at a young age is that you'll have an opportunity early on to make mistakes and overcome obstacles to grow into a very successful business leader.

Q: How are you going about ensuring that your negative internship experience doesn't happen with the internships advertised on your site?
A: We’re empowering interns to be their own advocates and to be picky about opportunities to ensure they're making moves that will serve them in the future. The threshold for a negative experience differs for each person. My negative internship, for instance, resulted from the way I presented myself. The company didn't know the potential I had and could bring to their organization. Intern Sushi allows users to clearly present their passion and skills and doing so will ultimately ensure the best match.

Related: Andrew Rasiej on the Next Big Wave in Tech -- And How Young Treps Can Surf It

Q: What advice would you offer fellow young entrepreneurs out there?
A: Entrepreneurship is all about your ability to execute, evaluate and improve. You can't be afraid of making mistakes. Those who are able to learn from mistakes will succeed.

How have you turned a bad experience into a beneficial one? Leave a comment and let us know.