7 Lessons in Harmony for Family Startups

Brothers Gerald and Carl Huber needed a succession plan. Together they owned an agricultural business in southern Indiana that had been in their family for five generations, since the mid-19th century. And they were not getting any younger.

Problem was, Gerald and Carl each had four children, and the brothers did not believe the business could support them all. They resolved to anoint one child from each family to succeed them. It was a judgment that might have given Solomon fits, and a dilemma that illustrates the thorny issues that inevitably arise within every family business.

More than 20 years after the Hubers began the transfer of ownership of their farm, the family remains happily united. And so does the business: Today the 600-acre Huber's Orchard, Winery and Vineyards is run by cousins Ted and Greg Huber, sixth-generation owners and the eldest offspring of, respectively, Gerald and Carl.

According to the SBA, 90 percent of small businesses are family owned and operated. To help startup 'treps plot their own course to success, we consulted the Hubers and other entrepreneurs, as well as consultants and professors, and came up with seven essential lessons that every new family business should learn.

Sounds simple, right? Not always. James Barrood, executive director of the Rothman Institute of Entrepreneurship at Fairleigh Dickinson University in New Jersey, says failing to plan is the most common mistake made by any startup, but it's a particular downfall for family businesses. "Most family businesses will not take the initiative to plan appropriately for the future until there is pain or serious dysfunction," he says. "Then it's harder to counter and correct." 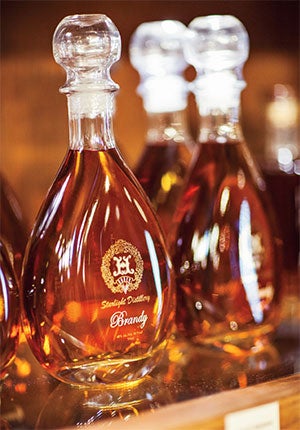 As with any startup, turning a profit is just half the struggle. Planning for a family company must take into account myriad considerations, from the business model to the compensation system to the tender egos of distant cousins.

Once a business is generating wealth, families should ensure their estate planning is up to date. Greenleaf cites the need for explicitly worded wills and enough life insurance to cover estate taxes. Family businesses, he says, must account for the next generation, considering difficult issues of merit, such as whether owners' children are qualified to join the company (and, not incidentally, whether they are even interested in doing so).

Leonard C. Green, chairman of the Green Group, a New Jersey–based accounting and consulting firm, often advises children to work outside the family business first. "No. 1," Green says, "you'll get some experience. No. 2, you'll understand that your dad is not the biggest son of a bitch in the world."

This could have been included under Lesson No. 1, but it's important enough to stand on its own.

A multitude of issues need to be considered when it comes to bequeathing ownership of a family business. Will the company be passed to one person or to many? Will the new owners work in the business, or simply own it? Exactly when these issues should be addressed, Greenleaf says, depends on the particular needs of a given business or a given family; it may begin in startup mode, but it will get tweaked as things change.

Succession planning can get infinitely tricky, particularly as the business ages and the generations multiply. There's a reason only one in three family businesses lasts to the second generation, says Kathleen Hoye, director of the Family Business Center at the University of Louisville College of Business: "You have to survive the transition between a command-and-control leadership culture and a more collaborative culture."

Many family businesses form an advisory board consisting mostly, if not exclusively, of non-family members. Unlike a board of directors, an advisory board does not set policy or make binding strategic decisions. As its name suggests, it simply advises.

Hoye often recommends a dual governance structure consisting of an advisory board and a family council. Typically, the latter consists of five to 11 family members, elected by the extended family. "The council will talk about issues that affect the family--philanthropy, family employment policy, how they want family members to participate in the business, how the transfer of wealth will take place, how to treat in-laws," she says. "They stay out of the day-to-day operations of the business."

Although Green has not finalized his plan to pass his business to his children, he meets quarterly with his wife, two daughters and one son (and their spouses) to bring everyone up to date on the company's current and future financial picture.

The evidence is clear: If the owners fail to keep family members informed about the company's short- and long-term visions, they're asking for trouble. "When you don't talk and start working in individual silos," Ted Huber says, "then things start breaking down."

Hoye says regular communication is vital to the bottom line and to family harmony. "If you don't have those conversations from the get-go about how this is going to affect the family--what's most important, how to resolve conflicts--you're really putting a lot of stress on the family," she says.

Greenleaf helps organize retreats for his clients, especially for multigenerational businesses, at which family members attend sessions on financial literacy or conflict management while spending time with relatives (and fellow stakeholders) they might rarely see otherwise. "I can't emphasize enough about communication," Greenleaf says. "Families that successfully move into the next generation have family members who are adept at managing family conflict."

Figure out a compensation model

As with hiring and succession planning, there is no single answer to compensation policy. Every family business must decide for itself. Should family members get a raise because they earned it, or because they need it? Whatever policy is chosen, it should be applied consistently. If you pay one family member twice as much as another one doing the same work, expect some fallout.

For family business owners, Greenleaf says, "Having clarity about the qualifications for entering the business and how family members will be compensated will be really important. If they're not thoughtful about it before they do it, they end up creating problems for themselves."

If a startup fails--and let's face it, many do--you'll have to deal with the repercussions at home. That's why it's crucial to keep your work and home lives separate, even--and especially--when family members are involved in the company. One of Greenleaf's clients is a business run by four siblings (their father serves as chairman) whose spouses complained that family events inevitably became de facto business meetings. Now they enforce a new rule at family gatherings: Everyone has five minutes to discuss the business; after that, anyone who talks shop must donate $20 to the local food bank. "In the startup phase, it's important to have boundaries," Greenleaf says, "and have time that's just family time."

If a relative makes a financial investment in a startup, be sure to get the terms of the arrangement in writing. Is it a gift or a loan? If it's a loan, define the payment terms clearly. "Just like with a bank," Greenleaf says, "you have a responsibility to keep them informed about how their investment is going. And do it early and often, so if the business fails, it's not a surprise."

Look at the big picture 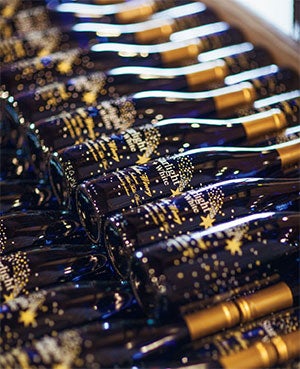 When Ted and Greg Huber took over the family farm, they knew they would need to expand their offerings if they wanted a business to pass on to the next generation. So they set out to make the farm a year-round destination, opening their Starlight Distillery, launching a wine club and adding the Family Farm Park and a 1,200-seat event hall. "It's very important to grow," Ted Huber says. "If not, your competition will eat you alive."

Today Huber's Orchard attracts nearly 600,000 visitors a year, and among its full-time staff of 50 are six family members, including the seventh generation of Hubers to work in the business founded in 1843 by their great-great-great-great-grandfather Simon Huber.

He Ain't Heavy, He's My Brother ... and My Business Partner