The Benefits of In-Car Technology

Sergio Casas-Silva Jr. is operations manager for his family-owned trucking company, Tili Logistics Corporation, in San Diego. But Casas-Silva didn't start his career in the family business--he came from banking. "I'm a numbers guy; I believe in their power," he says.

So when he agreed to join his father, also named Sergio, in an effort to expand from shipping transportation equipment across the U.S.-Mexico border into a nationwide force hauling everything from produce to electronics, Casas-Silva knew he'd need telematics software.

For tracking paperwork on cross-border shipments and fuel taxes for each state based on mileage, he relies on Verizon's Networkfleet. "You can imagine how tedious that would be to break down the fuel-tax bill for 6,000 miles, but now it literally takes five minutes for the computer to crunch the data," he says.

The software can also alert Casas-Silva through e-mail or text if one of his rigs has a mechanical fault, is parked at a truck stop with a high crime rate, or if a driver is mashing the throttle or idling for hours on end. Casas-Silva says the notifications result in higher productivity, safer driving and considerable cost savings.

Carmakers like Ford and Ram are selling telematics packages native to their own brands. Here are some ways such software can help manage any company's fleet.

Chris Ransom, director of sales and engineering at Verizon Networkfleet, says that beyond the obvious benefit of containing costs through reduced fuel consumption, detailed monitoring can alert fleet managers to overly aggressive drivers. "It's a 'tell' that an employee isn't putting the company first," Ransom says. "He or she could even be a liability to your bottom line in terms of an increased risk for an accident and costly damage to your vehicle."

Checking vehicle wear. Basic telematics will link the vehicle's alert system to a fleet manager's desktop. This takes the guesswork out of whether an employee or driver saw the "low tire pressure" or "check engine" light go on. It also reduces maintenance costs: You fix only what needs to be fixed, when it needs to be fixed. 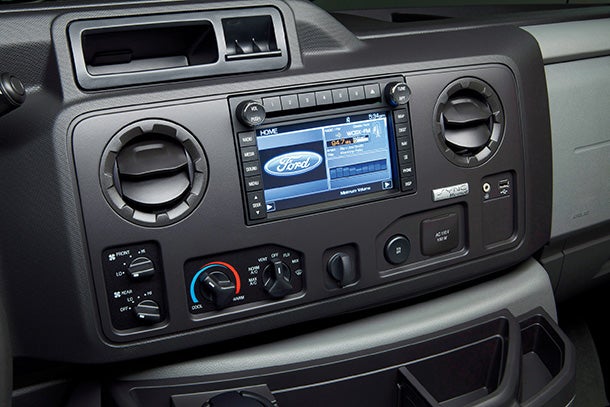 Geofencing and routing. Automatic turn-by-turn routing that maps out the quickest and most fuel-efficient routes between customer deliveries or service calls may seem like a no-brainer, but it's the long-term edge that will produce the biggest payoff. Because the software tracks patterns over time, it continues to tweak and improve routing suggestions based on the most frequent stops on regular routes.

And telematics can go well beyond GPS instructions. For instance, all three systems offer geofencing, so that the vehicle owner is alerted if a driver has driven beyond a designated work/delivery zone. The Ford system additionally offers speed governors that prevent a vehicle from exceeding the posted speed limit.

Ensuring safety. Telematics systems immediately alert the owner in the event of an accident; Ford and Verizon's systems also track seat-belt use. That may seem unnecessary, but seat-belt use nationwide hovers around the 86 percent mark, according to the National Highway Traffic Safety Administration, and severity of injuries increases greatly when a driver isn't belted. Employees who don't wear seat belts are endangering themselves and your workers' compensation premiums.