By Anni Murray October 17, 2014
This story originally appeared on Visual.ly

According to TV host John Oliver, nobody wants advertising in his content, especially when that content is passing for news. He says, no matter how advertising is dressed up, if it’s advertising it’s not journalism. But what if that advertising has a legitimate newsworthy message? Is it possible for a creator with integrity to put aside her profit-driven hat long enough to identify and create good, responsible, educational content?

The digital media age is a world full of blurred lines: between reality and fiction, politics and entertainment, and editorial content and advertising. The idea of a dichotomy - a black and white categorization of all content all the time - may be an antiquarian’s dream.

Ads have long inundated content in myriad ways, across many different types of media. Ads becoming content was the next logical step. It’s happening. Railing against it won’t make it stop, but developing solid standards may keep it from undermining the publications in which it appears. In fact, good standards may help native advertising become a new kind of journalism: sponsored, yes, but also responsible.

Related: Why It's Time to Rethink Your Content Marketing Strategy

So, while John Oliver may have a point - some native advertising is profit-minded reporting intended to mislead - it’s a big, complex digital world out there that has real momentum. Maybe it’s not all bad news. 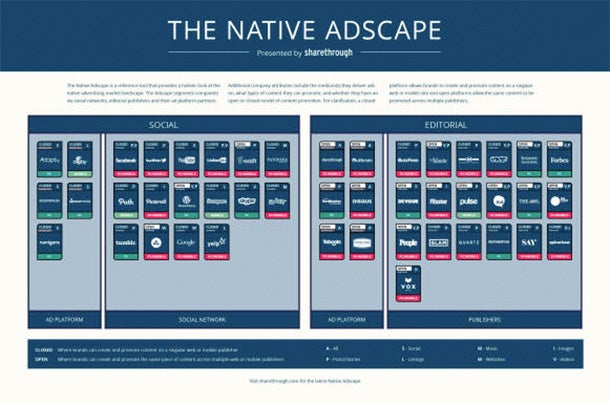 A Review of the Controversy
Native advertising is controversial, and this makes sense. Handing over journalism’s reins to companies or organizations that are trying to sell something sounds like a terrible idea. And there are many examples of native advertising gone terribly wrong. For example, on January 14th 2013, The Atlantic, a 155-year-old, well-respected publication, ran a now infamous sponsored content/advertorial by The Church of Scientology. The piece wasn’t even trying to be unbiased reporting. It blatantly praised the church and its leader David Miscavige. It was titled: “David Miscavige Leads Scientology to Milestone Year.” 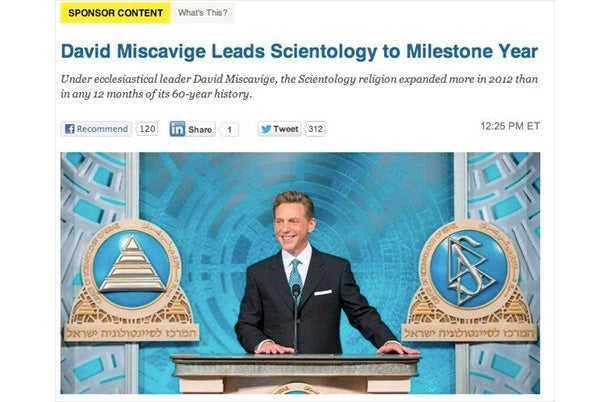 The piece was met with outrage and was summarily retracted (a screenshot of the ad is all that’s available online). But the event sparked a debate about what sponsored content means, if it can be done well, or if it will usher in the end of true, pure journalism.

The Response
On January 15th, The Atlantic printed a mea culpa. They admitted to the error of their ways and promised to revise their ad policies to address the special gray areas of sponsored/native content. The new guidelines include two key points, namely:

The first point is straightforward. Editorial integrity comes first: always. But the second point leaves room for negotiation. It implies that The Atlantic is still open to publishing unlabeled sponsored content, so long as that content has editorial integrity.

The folks at The Atlantic, at least, seem to believe that sponsorship does not necessarily an advertorial make.

The Standards
So, it’s the standards, the oversight, the purposeful curation of content, that make or break a sponsored editorial. And it’s the publications, not the advertisers, who are responsible for devising and enforcing those standards.

So, with strict rules and strategic partnerships, sponsored content can do the same things standard editorial content does. It can become indistinguishable, in a good way. The Huffington Post includes a lot of sponsored content. Some of it is obviously advertorial (and it is labeled) but some is sponsored behind-the-scenes. For example, during Fashion Week, The Huffington Post published a photo slideshow sponsored by Chanel. It was no different from other slideshows for Fashion Week, except for its behind-the-scenes sponsorship.

The key is finding opportunities for content a publisher might have published anyway, like the Chanel slideshow. Seeing and following up on those sponsorship connections may be part of the job description of the Native Advertising Journalists of the future.

Potential problems
Even with strict oversight, exacting standards, and excellent crossover content opportunities, problems still arise. Consider this (to expand on the Chanel example): was Chanel more likely to include pictures of their own designs? Probably. And this may be the insidious, subtle (or not so subtle)native advertising slippery slope that makes people like John Oliver so uncomfortable. The slippery slope lies in the details, and often the details, like the small print, get totally ignored.

The Bottom Line
Without money, news outlets fail. As outlets turn to sponsors for revenue, sponsored content will proliferate. If native advertisers can meet editorial standards, maybe native advertising can actually save the institutions it supposedly imperils. This will require bold guidelines from publications, advertisers committed to editorial integrity, and a public that demands both.

The Conundrum of Modern Advertising

The 7 Top Video Tools You Should Be Using Now