Utilizing social-media data in your content-marketing efforts can provide a fresh and creative twist to online advertising.

This story originally appeared on Visual.ly

Social-media marketing and content marketing are two of the best ways for advertisers to get a message across. But they can be even better together, especially when marketing content leans heavily on social media data.

In the current media landscape, marketing decisions must be based and validated by data. But this data can be used for more than just informing future decision making. Utilizing social media marketing data in your content marketing efforts can provide a fresh and creative twist to online advertising.

Check out these five content hacks to make the most out of social media data.

Buffer, the social media sharing startup, is well known for its exceptionally active blog. A recent blog post in conjunction with CoSchedule analyzed the impact that various social media headline tactics and had on traffic. By diving into the data and creating a piece of useful and shareable content, Buffer and CoSchedule were able to both demonstrate product effectiveness and create publicity. 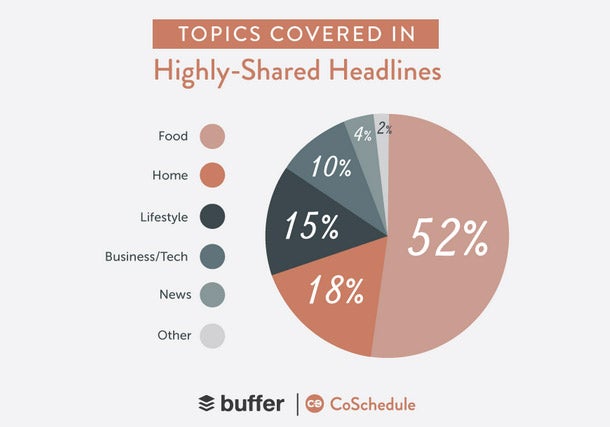 Buffer and CoSchedule discovered that "topics like food, home, and lifestyle clearly accounted for 85% of the world's most viral content."

There is no lack for tools analyzing twitter content, but there are far less that provide data about followers. SocialRank fills this gap by providing intelligence about an account's most valuable, most engaged, and overall best followers. SocialRank data gives brands the opportunity to interact with followers that mean the most, and to create content surrounding the interaction. Muhammad Ali used SocialRank to give free t-shirts to fans. His tweet announcing the promotion was retweeted 100+ times and also resulted in press coverage from Business Insider. 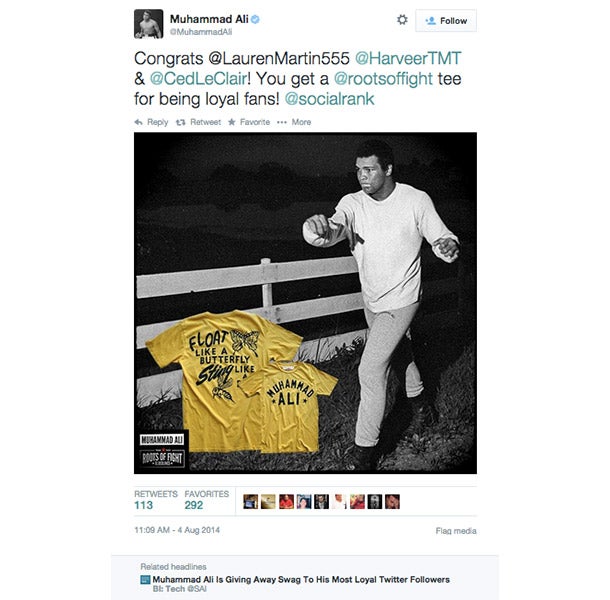 Related: 3 Reliable Sources of Shareable Content No Matter How Boring Your Business Is 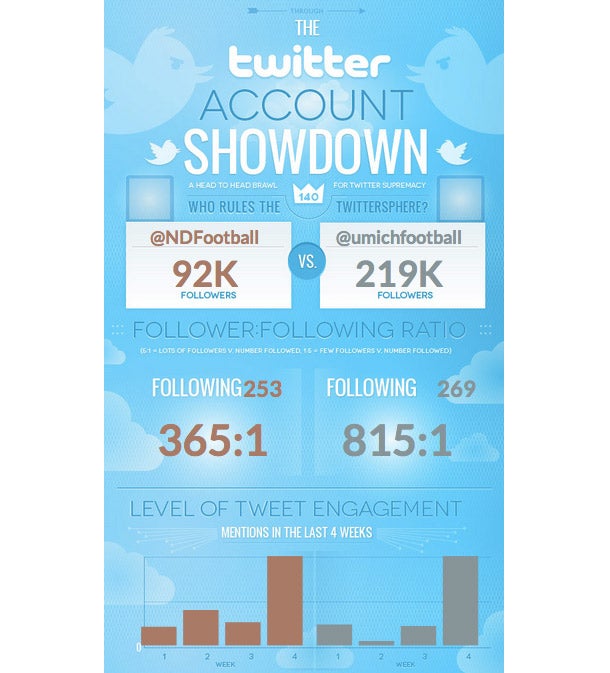 Twitter Showdown for the two winningest teams in college football.

With a larger character limit than twitter and an equal propensity for hashtags, Intstagram offers many of the same tracking opportunities. And as a visually-driven medium, compiling photos into a gallery is a no-brainer. Last year, JetBlue partnered with Instagram analytics service Totems to run the #JetBlueSoFly campaign. Using Totems analytics, the team identified the best photos to be shown on a special section of the JetBlue website. The campaign was a resounding success for JetBlue, and also made for a nice case study for Totems. 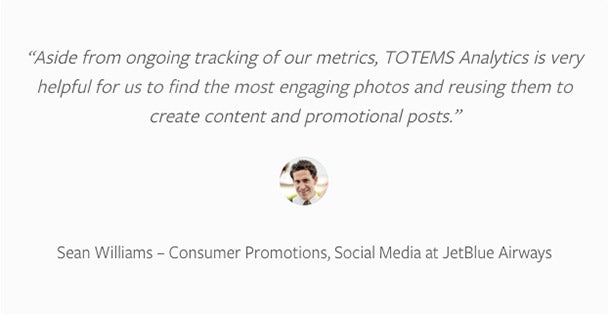 Twitter polls are not only a great way to engage with your followers and get immediate feedback, but they also represent an opportunity to create great content. When SAP conducted a twitter poll about self-driving cars using their social media analytics solution, they were able to cover the results in a Forbes article (which also serves as an example of native advertising for those keeping track). Twitter poll results can also easily lend themselves to simple charts and graphs, which can be crafted into microcontent for use all over the web.

Related: This Type of Content Gets the Best Marketing Results (Infographic) 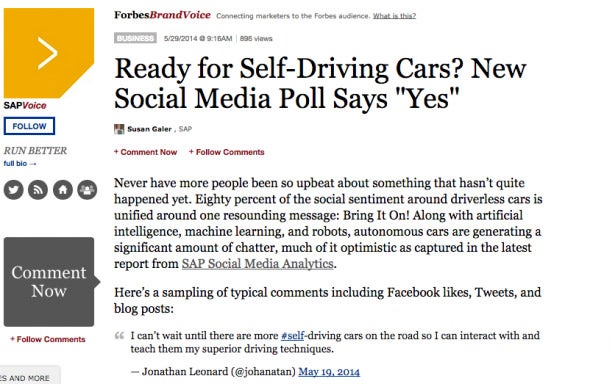 SAP turned their social media poll into a piece of native advertising on Forbes.com