Beanies, Tees and Steez: How Shaun Neff Built a $100 Million Business Out of His Backpack

At a design showroom in midtown Manhattan, Shaun Neff is browsing racks of panama hats, fedoras and flower crowns -- the latter of which he calls last summer’s hottest accessory for tween girls across America.

“We’re really trying to nail what that next trend is gonna be,” the headwear entrepreneur says. “Is it gonna go more bohemian? Tribal? Feathers?”

An assistant has pulled some options: a hair clip strung with suede cords and peacock plume; a gold-leaf Grecian headpiece; electronic extensions that can change their wearers’ hair color. “That one’s kinda dope,” Neff says in his surfer-dude drawl, inspecting the feather barrette.

Pinpointing trends is a talent for which Neff, 35, seems to have an uncommon knack. After all, his eponymous company -- which he founded in college selling T-shirts out of a backpack -- has grown into one of the hottest lifestyle brands on the youth market, having grossed well over $100 million in sales to date.

At 6’3”, Neff cuts a towering silhouette, bedecked entirely in his own line: black sweat suit and snug black beanie. He serves as a striking embodiment of the brand, which describes itself as a purveyor of “beanies, hats, tees and steez” -- with SoCal-leaning merchandise that primarily targets surfers, skaters and snowboarders. But over the years, its core range has been complemented by headline-grabbing capsule collections with the likes of Snoop Dogg, Disney, Scarlett Johannson and Jean-Michel Basquiat.

With its latest co-venture, Neff is entering a new category altogether -- underwear -- with a wholly different kind of partner: NBA star Kevin Durant. As a skater kid growing up in Southern California, Neff says mainstream athletes like Durant always seemed somehow unrelatable to him. 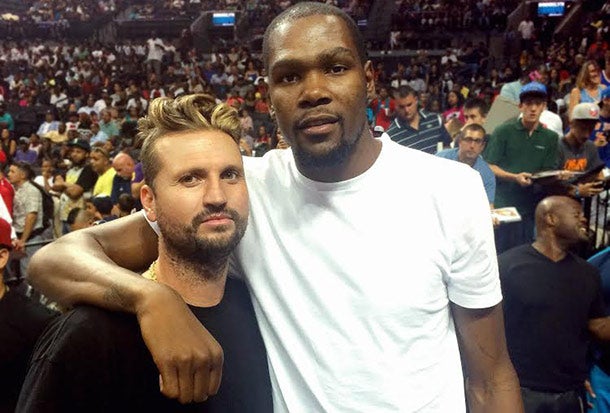 Today, he explains, it’s all intertwined. "The quarterback of the football team likes rap, he also goes to [electronic music festival] EDC, he skateboards. The cultures are so blended now so it’s the perfect time for us to make a natural move.”

Neff is an avid student of such social distinctions. From an early age, he says, he was a branding fanatic. In high school, he could instantly size up someone’s musical preferences, hobbies and social circles with a cursory glance at their sneakers. “My pet peeve was someone coming to play basketball wearing Nike shoes, Adidas shorts and a Starter jacket. It just made me wanna throw up because that’s brand confusion.”

He was also always something of a natural born hustler. Selling T-shirts as a freshman at Brigham Young University in sleepy Provo, Utah, Neff would hone in on potentially like-minded students and pitch them cold. “I’d see a dope kid walk by and if I knew he had some steez, I’d just pin him down and be like, ‘Dude, you need this.’”

After generating a palpable buzz on campus, Neff set his sights on greener pastures -- namely the epicenter of the professional snowboarding community in Park City, Utah. “I started hanging out with those guys, snowboarding with them, and became super close with them. And every time they were going to do a photo shoot, I’d be like, ‘Hey, can you rock this Neff shirt?’”

But there was a catch. Most had already signed endorsement deals with other big-name brands like Nike, Burton and Quiksilver. Upon a closer look at one of his friend’s contracts, however, Neff noticed a glaring omission that turned out to be a golden opportunity: none of the legal language specifically mentioned headwear.

“So I’m just like, ‘Are you kidding me? That’s what the camera’s on -- their head, their face. Nothing’s tied up in this?’” In an instant, he made the decision to transform his apparel brand into a headwear manufacturer.

Soon after being embraced by the snowboarding circuit, Neff started to see rappers like Lil Wayne and Kid Cudi rocking his beanies. “I was like ‘Whoa, this is even doper’ -- because the snowboarders have good reach, but these guys, their reach is times 100.”

But it was Neff’s first-ever collaboration with the iconic rapper Snoop Dogg that ultimately propelled the company to mainstream recognition, he says. Launched in 2009, the Neff x Snoop collection -- which the rapper helped design and which is still ongoing -- also paved the way for future partnerships. 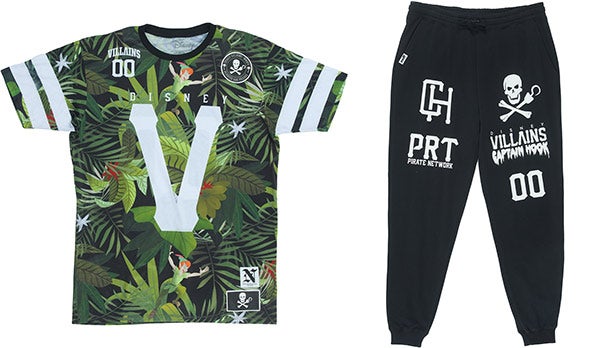 In 2011, Neff teamed with actress Scarlett Johansson to launch a charitable beanie for cancer patients. The company has also designed two collections with Disney: one inspired by Mickey Mouse and the other spotlighting its most infamous villains. Other Neff collaborators over the years have included musicians such as Wiz Khalifa, Damian Marley, 2 Chainz and DeadMau5.

Today, as a young CEO gallivanting with the world’s most famous rappers, athletes and movie stars, one might expect that Neff leads a life of unbridled debauchery. In reality, however, he’s surprisingly straight-laced. He's also Mormon. “I don’t party, I don’t drink, I’ve got the wifey, I’ve got the two kids -- so I’m a pretty mellow cat in gnarly situations.”

And as he tells it, that’s been the key to his longevity in the mercurial world of fashion. “That’s probably my biggest strength, to be honest: vibing out with people and just trying to be real,” he says. “Most people have done a ton of sketchy business deals, especially in the entertainment space. I think other people look at Shaun Neff as a guy that, ‘Hey, we’ve done business with him, he’s proper, he does what he says, he’s a good cat.”

Related: Ladurée's Sweet Ascent: How a Fad Food Is Spawning an International Empire