This story appears in the March 2015 issue of Entrepreneur. Subscribe »

“Aha” moment: After experiencing a small earthquake in 2014, the couple realized they should have a kit of supplies at home for emergencies. “We started asking friends what they had in their earthquake kits and were quickly surprised how few of our friends had anything prepared at all. Of 10 friends, maybe one had an earthquake kit,” Kuhlman says.

Pre-packed kits sold at military surplus and sporting goods stores were pricey and didn’t have exactly what they needed, so they decided to make their own, packed with necessities recommended by the Red Cross and other organizations. They chose a stylish but utilitarian mason’s tool bag and loaded it up. It struck them that others might want to purchase such a product. 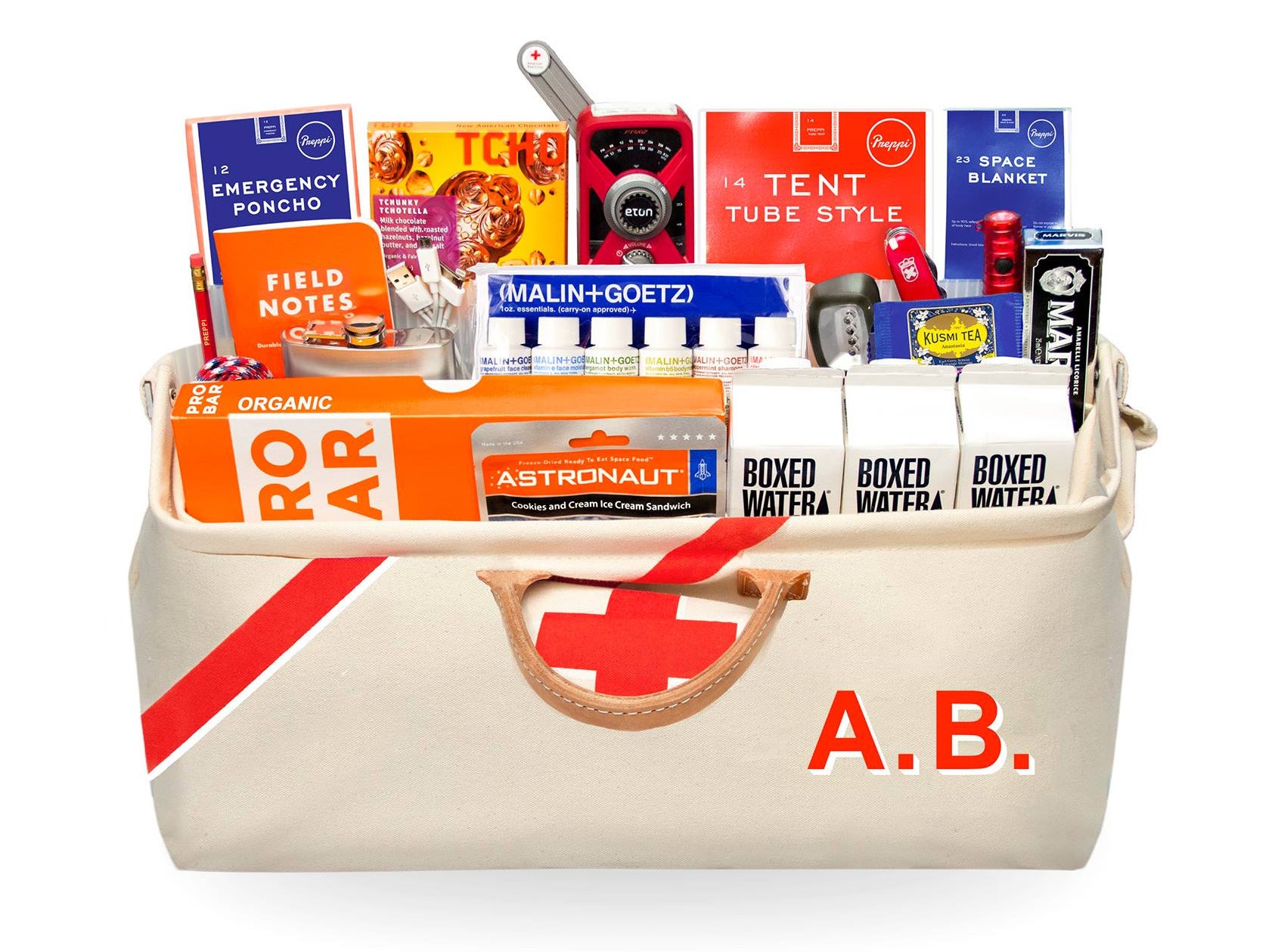 Be prepared: In March 2014, the couple launched Preppi by posting a mock-up for The Prepster, their concept for a chic earthquake kit, on Instagram. Within five days they were contacted by an editor for a Dutch magazine, Fantastic Man. It was then they realized they had to turn their Photoshopped idea into reality.

They found a bag maker in their industrial neighborhood to stitch three bags; the first Prepster sold a few weeks later.

“We didn’t want to put a $50,000 investment into something and take something very seriously,” Kuhlman says. “We wanted to take it lightly and experiment and test the waters. But because it was scalable and because so much of the stuff is made locally, the bag maker was able to let us start with three bags.”

Seismic shift: With each sale, the pair reinvested funds into ordering bags and the nearly 170 items that fill them. In November, The Prepster was featured on Gwyneth Paltrow’s website, Goop, which resulted in them selling out of all 200 bags they had thought would see them through the holidays.

After T: The New York Times Style Magazine featured the product in December, Preppi placed its first four-figure order. What started with three samples has gone “from 50 to 100 to 200 to, now, 1,000,” Tafuri says. 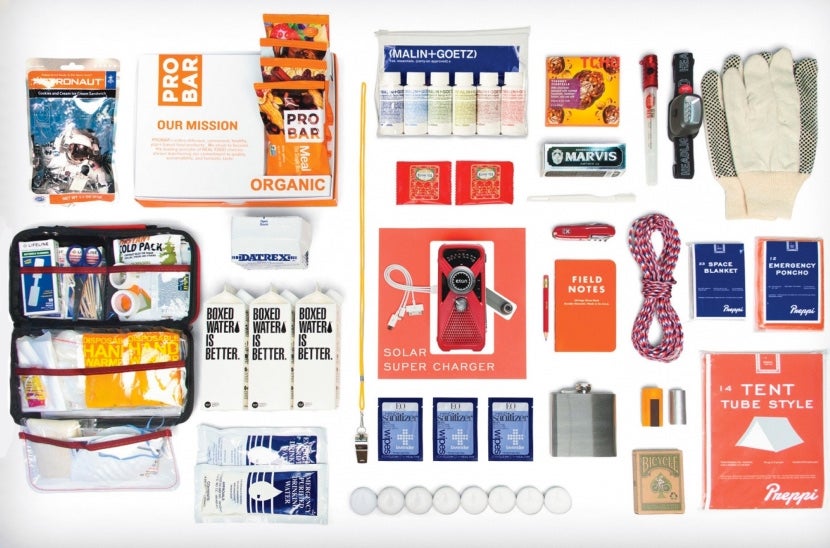 It’s in the bag: The handsome Prepster, with its jaunty stripe and monogram, sells for $345 packed with survival items for one person, or $395 for two people. Within the cotton-canvas-and-leather carryall is everything needed for an emergency, including tent, blanket, flashlight, knife and hand-crank radio/solar phone charger, plus luxuries such as grooming products from Malin + Goetz, TCHO chocolate and a deck of playing cards. Preppi’s Prepster Lite, a trimmed-down backpack containing essentials that will last one person for 72 hours, sells for $145.

The bags are sold at preppi.co and at design-focused boutiques in Los Angeles and San Francisco. “I like the idea of bringing an emergency or safety item into different types of spaces,” Tafuri says. “So you could be doing your Sunday leisurely shopping at a boutique and interact with a Preppi bag, instead of having to think, ‘I have to go to REI or an army surplus to get my safety bag.’”

Aftershocks: This year, the couple plans to expand distribution to shops in New York City and Japan. They’ll also launch their latest product: a hurricane- and tsunami-focused waterproof bag that floats. And to prove that they’re not trying to make products just for the wealthy, they’re planning a disposable yet stylish survival kit with a price point that won’t make the average Target shopper flinch.

Seven Steps to Get Your Business Ready For the Big One