The Biggest Barrier to Wealth Is Your Self-Limiting Beliefs

By Timothy Sykes August 26, 2015
Opinions expressed by Entrepreneur contributors are their own.

I’ve made millions by trading penny stocks and teaching my students how to do the same, but what a lot of people don’t know about me is that I was a philosophy major in college. My career has obviously taken me in a different direction, but the one thing that’s always stuck with me from my studies is Plato’s famous “Allegory of the Cave.”

Here’s how Wikipedia sums up this popular thought experiment: “Plato has Socrates describe a gathering of people who have lived chained to the wall of a cave all of their lives, facing a blank wall. The people watch shadows projected on the wall by things passing in front of a fire behind them, and begin to designate names to these shadows. The shadows are as close as the prisoners get to viewing reality. He then explains how the philosopher is like a prisoner who is freed from the cave and comes to understand that the shadows on the wall do not make up reality at all, as he can perceive the true form of reality rather than the mere shadows seen by the prisoners.”

For so long, most of us have had the same old “financial wisdom” shoved down our throats. We’re taught really early on to buy and hold blue chip stocks for the long run, and to diversify our portfolios until we’ve achieved some mythical perfect balance.

But when you consider that the value of American retirement savings in 401(k) accounts and IRAs shrank by $2 trillion at the depths of the Great Recession, isn’t it possible that we’ve all just been sold financial lies by people who benefit from us thinking of the shadows on the walls as reality?

When I was in high school and started learning about penny stocks, I couldn’t believe what I’d stumbled onto. Everyone was telling me that penny stocks were too risky and that I shouldn’t waste my time on them. Yet, when I studied them I uncovered trading patterns that have proven successful throughout my 15+ year trading career.

If I hadn’t been willing to break through the fixed beliefs everyone was trying to sell me, I’d probably be flipping burgers today like so many other philosophy majors out there.

So that’s what I challenge you to think about today… What beliefs do you hold as reality that might not be true at all? 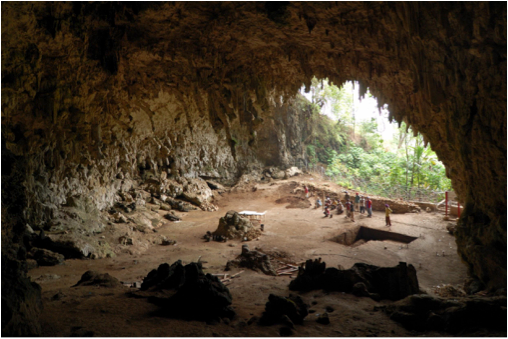 Related: Stop Listening to These 5 Self-Limiting Beliefs Stunting Your Business

Do you think that it’s too late for you to be a millionaire? It’s not. My students range in age from high schoolers to senior citizens. Age doesn’t matter. You can absolutely still achieve successI if you’re willing to work hard and recognize you need a different approach to turn a small portfolio into a wealthy account.

Do you think that you had to be born into your millions? You don’t. I come from a middle class background in Connecticut (not even the nice part). My parents aren’t wealthy, and I don’t have any kind of inheritance to fall back on. Everything I’ve earned, I’ve earned myself. You can do the same if you’re serious about becoming a millionaire.

Do you think you’re too stupid to be a millionaire? You’re not. Millionaires aren’t all nerdy Bill Gates types. More often than not, they’re people who figured out a system for building wealth and worked that system, day-in and day-out, without thinking too much about how or why it works. I’m not a genius, and I’m far from the smartest person hanging out on my forums. Believe me when I say that if I can do it, so can you.

Those are just three examples. Maybe you fall into them, maybe you don’t. If you don’t, there are probably other self-limiting thoughts that are holding you back from your financial future that you need to weed out and eliminate.

To get started, think about the wealthiest person you know, whether that’s me or somebody else in your life. If you catch yourself thinking, “I could never do what they’ve done,” ask yourself why. Really dig down. What makes you think you aren’t capable of doing the same thing? Then, explore why you think those things. Are they actually good reasons, or are they things you’ve told yourself for so long that you’ve turned them into your reality?

I’d be willing to bet that your reasons aren’t reasons at all -- they’re excuses. Make it your mission to find them and destroy them. Join the rest of us who have escaped the cave and banished the self-imposed limitations that would have otherwise kept us from becoming wealthy.

What’s one self-inflicted belief you have that’s holding you back? Share it below in the comments, along with how you’ll fight it going forward.

Related: 6 Questions to Answer Before Deciding You Can't Stand Your Job Another Day