Can These Scooters Cut Down Commutes and Air Pollution?

Horace Luke hopes the electric Smartscooters from his Taipei-based company, Gogoro, will help snuff out some of Taiwan’s air pollution, as well as provide a fun and efficient ride for consumers. The industrial country has high levels of PM2.5 (particulate matter at 2.5 micrometers), pollution caused by decades of heavy manufacturing and unfettered vehicle exhaust—particularly from motorbikes.

Gogoro, founded in 2011 by CEO Luke and CTO Matt Taylor, rolled out its scooters in July. The gorgeously designed, fully customizable bikes go from zero to 30 mph in about four seconds and top out at 60 mph, all without a single belch of emissions. Powered by an electric drivetrain and a pair of swappable lithium-ion batteries, the scooter connects to the driver’s smartphone and the cloud so that its performance can be continually analyzed and improved. And when the batteries wear down—as they’re likely to do every 60 miles or so—the driver can simply pull over to a roadside charging kiosk (a “GoStation”) to grab fresh power cells and drop off used ones for recharging. All this at a $4,100 price tag (plus a battery lease agreement) that leaves the competition in the dust. 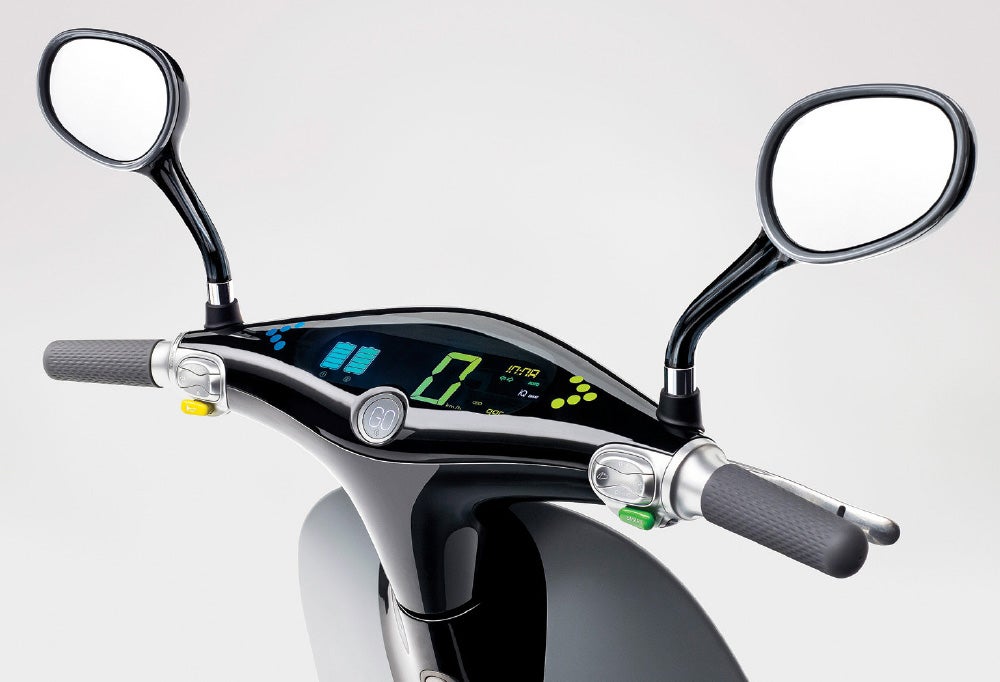 “We want to create excitement around consumer products that are going to hit the heart of a 20- or 25-year-old as they’re getting out of college and making decisions about transportation,” Luke says. “Instead of buying a vehicle that would be burning gas for 10 years, they could go and use something that is electric.”

While this may sound like a pipe dream, the idea became a reality thanks to $50 million in venture backing—in particular, the $40 million invested by Taiwanese entrepreneur and billionaire Samuel Yin in a Series A round in 2011, which trimmed years off production and helped the company quickly ramp up to more than 450 employees.

Gogoro’s founders met while working at Microsoft; Luke was the original creative director at Xbox, and Taylor was developing mobile devices. They next worked together at HTC, racing to put smartphones into the hands of the masses. And while the iPhone ultimately beat their effort to market, the pair helped turn the once-unknown Asian computer company into a tech-industry giant. For his efforts, Luke was tapped to be the next CEO at HTC, but he declined in order to start Gogoro.

According to Taylor, Gogoro’s potential for success rides on the global energy economy. Gas prices are rising at a rate of 1 to 2 percent per year, plus inflation; meanwhile, the cost of electricity generation is going down. And companies like Tesla have helped drive down the per-kilowatt-hour cost of batteries.

After establishing itself in Taipei, Gogoro has its sights set on expanding to another megacity. 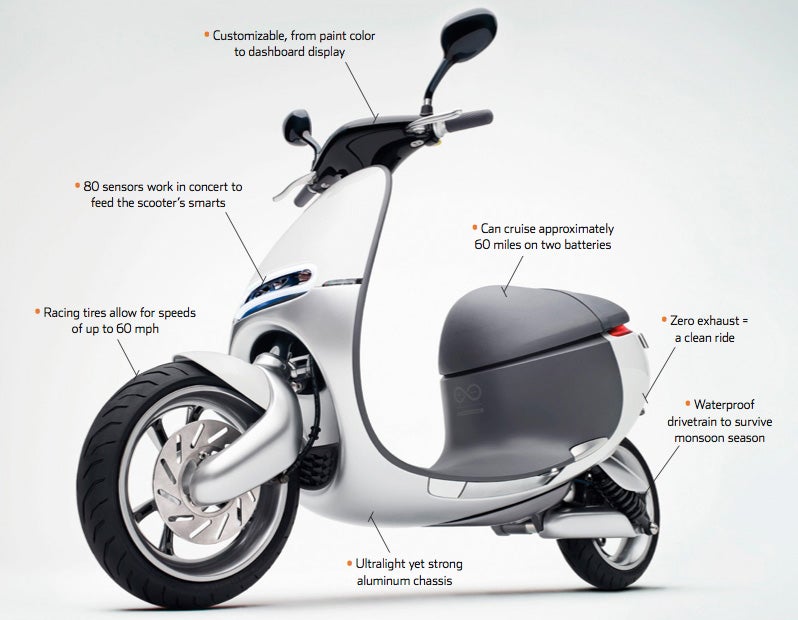 “We think that there’s a solid opportunity for providing insane, cutting-edge electric vehicle technology throughout Southeast Asia, at a price point that can be afforded through the region and be a synonymous replacement for what they’re driving today,” Taylor says.

Luke and Taylor’s hope is that young, design-conscious city drivers will choose Gogoro’s Smartscooters over dirty, soot-belching clunkers, which can emit more than five times the hydrocarbons of a car.

Gogoro is banking on GoStation to power its long-term plan

Every city Gogoro enters will need a network of battery-swapping GoStations to support it. “The GoStation is one of the things that we really focused on,” says Matt Taylor, CTO. “How could we build this machine to be much more cost-effective than [past] battery-swap efforts?”

He likens the stations to soda machines; Gogoro will place them at various locations and service them regularly. “It’s what we think we need to get rid of the range anxiety that people have had with electrics to date,” he explains.

The batteries in the Smartscooter start to degrade after about five years, just like the lithium-ion cell that powers your smartphone. So to keep its scooters running as long as advertised, Gogoro plans to pull power cells from circulation once the battery reaches 80 percent of capacity and replace it with a fresh, new unit. The old batteries won’t be thrown away; Gogoro plans to repurpose them in an alternate energy market that the company is just now beginning to develop.

This might seem like an afterthought, but in fact, it’s a forward-thinking part of the business model. When consumers buy a Gogoro Smartscooter, they sign up for a monthly contract that gives them access to the batteries and battery-swapping GoStations. Gogoro actually owns the batteries and, according to the company’s math, these power cells pay for themselves after about 500 charges. So by the time they start losing their original capacity, in what is called their “second life,” they become pure profit.

“The work has started to build the pieces of hardware that are needed for us to take the battery voltages and convert those into the AC voltages that would be needed by a data center or to run a store or to back up a home,” Taylor says.

Gogoro estimates that it won’t have enough non-bike batteries to move forward with this plan for several years, but the wheels are in motion.