This company is ranked No. 1 in our small-company category on our Top Company Cultures list.

If you’re interviewing for a position at the Vanderbloemen Search Group -- a Houston-based firm that staffs churches and other faith-based organizations -- don’t be surprised to receive a text message asking a quirky question of sorts around 10:00 in the evening.

While it’s a good sign -- it means the company is interested, says founder William Vanderbloemen -- it’s also a test. And the quicker you text back, the better. That’s because "Ridiculous Responsiveness," as 45-year-old Vanderbloemen calls it, is one of the group’s core cultural values. “If a church writes us saying ‘Can you help us find a pastor?’” Vanderbloemen says, “We are on the phone with them within a minute no matter what time of day.” 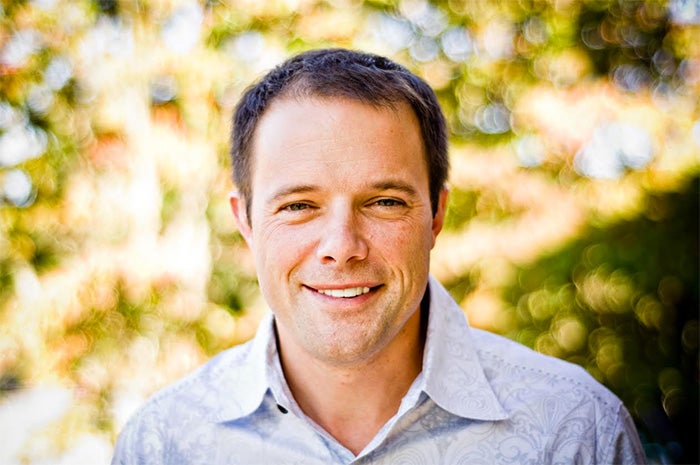 This kind of vigilance is just one of the company’s key points of distinction. Roughly a year after its founding in March 2010, Vanderbloemen established nine total pillars to serve as the company’s cultural backbone and guide day-to-day operations. Crowdsourced by employees, the other tenants include: broadband love, unusual servanthood, wow-making excellence, solution-side living, ever-increasing agility, stewardship of life, constant improvement and contagious fun.

Related: 5 Secrets to Maintaining a High-Performance Culture in a Growing Company

These aren’t just empty vows. “I want to have a 10th one just so we can put it on two stone tablets,” Vanderbloemen laughs. “We still don’t have a five-year strategic plan. That would be like foreign language at our office. And we kind of know a mission statement, but culture is where we put all the eggs in that basket.” 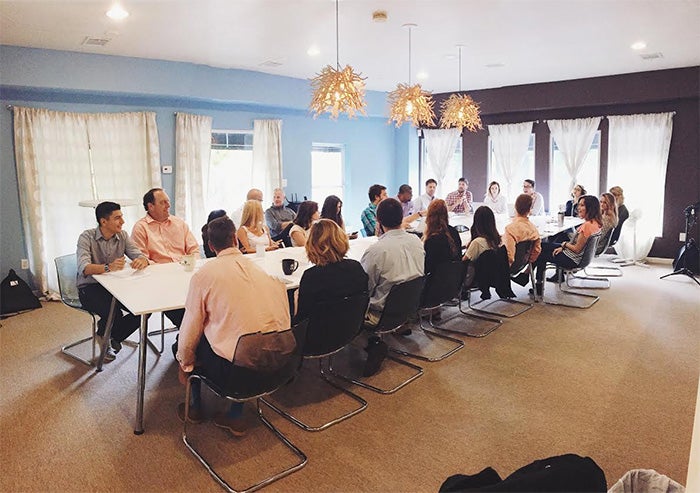 “It’s how we hire, it’s how we bonus people,” he continues. “Your annual assessment is predominantly based on how well you’re living out the nine cultural values.”

Thus far, this approach has served the five-year-old company well. With 35 employees, one of whom is called the "Culture Whip" and is dedicated to maintaining the company’s cultural values, Vanderbloemen has seen 50 percent revenue growth year-over-year consecutively since its founding. It was also recently ranked the sixth best place to work in Houston by the Houston Business Journal in the small-sized company category.

Other cultural drivers include a continuing education program, which falls under the "constant improvement" tenant, Vanderbloemen says. Because the company serves more than 80 different kinds of churches across the globe, this helps staffers expand their knowledge about the different sects of Christianity.

And in order to foster "stewardship of life" and encourage healthy choices, Vanderbloemen offers paid gym memberships for all employees. Once a year, there is also an optional six-week fitness challenge led by a personal trainer, whereby participants don FitBits and report their eating regimens on a private Facebook page.

“If our team’s lives get out of balance, then their work is going to be awful,” Vanderbloemen says. “When you throw in all the travel that happens in our work, it would be so easy just to eat out all the time, not get enough sleep, try to catch a nap on a plane -- and your life can get way out of whack. So we tried to say, ‘How do we diffuse that?’”

The group is equally concerned with emotional connectedness as it is with physical well being. As the first part of the onboarding process, each new employee takes a Myers-Briggs personality test. Everyone’s results are then posted on a bulletin board called the "Wheel of Culture," Vanderbloemen explains, so that team members can glean cues about how to communicate and collaborate with one another.

“We have big foam lego blocks [corresponding with each personality type] and everybody by their desk has their four lego blocks stacked in the order of what drives them,” he says. Team members are trained to understand what each classification means in terms of work approach and interaction style.

The company’s holistic approach to culture is largely a byproduct of Vanderbloemen’s unique career trajectory. After serving as a senior pastor for 15 years, he left the ministry for corporate America, joining Anadarko, an oil and gas company, as HR manager. Straddling both worlds has not only helped the company formulate its own unique culture but also helped it develop a sensitivity to the cultures of potential clients.

“What we bring to the table is that we’re able to unlock the culture of a faith-based organization and find talent that matches their core values,” Vanderbloemen says. 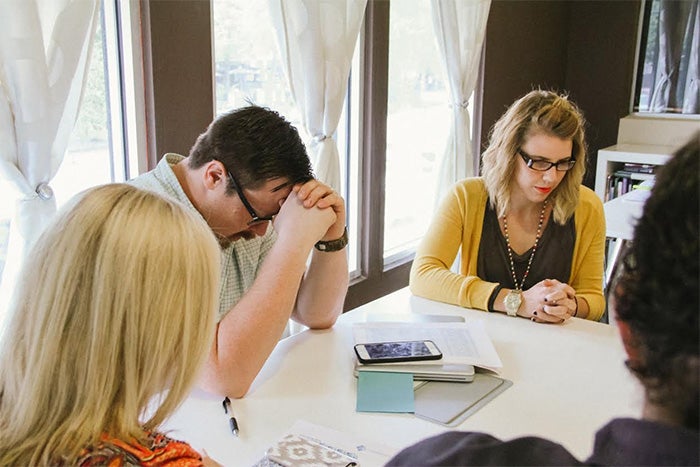 Vanderbloemen’s advice for aspiring entrepreneurs looking to establish a successful culture is two-fold. First, rather than setting aspirational goals, culture should encompass realistic accomplishments, he says. “It’s who we are when we’re at our best and what we’d like to be even better at.”

Second, culture should be baked into the larger mission at hand. “It’s all contextual. If it’s not what is going to make you do your best work in your particular niche, then it’s meaningless,” he says. “Figure out what your unique business offering is and when you’re working at your very best, what are the things that are distinct about you as a person or you as a company.”