Each Thanksgiving, This Franchisee Stops Selling and Starts Serving (From the Heart)

For the 23rd consecutive year, Golden Corral, with support from area businesses, will provide free Thanksgiving free meals to Orlando, Florida, residents as part of its "Helpings from the Heart” program. The event is expected to serve more than 20,000 meals to Central Florida residents, working out of the Salvation Army gymnasium in Orlando. Playing a key role will be Golden Corral franchisee Eric Holm, who owns 32 of the system's restaurants and brings in more than $150 million in sales each year. He has been named as Golden Corral’s “Franchisee of the Year” eight times.

Holm founded the Thanksgiving Day "Helpings" event back in 1992. And, along with other local businesspeople and 1,100 volunteers, he'll not only serve holiday delicacies today but deliver 8,000 meals to nursing homes, shut-ins, churches and other community facilities. The effort is huge -- involving 3,000 pounds each of turkey and ham, 5,000 pounds of mashed potatoes, 3,500 pounds each of green beans and sweet potatoes and 400 pounds of cranberry sauce. 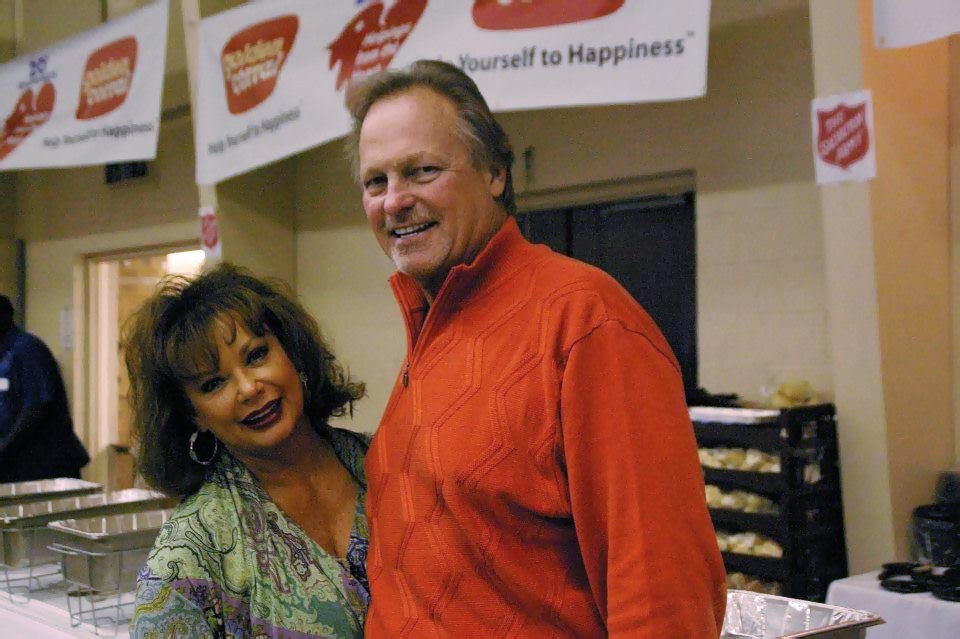 Franchise owned: I own 32 Golden Corral restaurants in Florida and Georgia.

My entire adult life. I first got into franchising when I bought four Dairy Queens when I was 21 years old. I owned a number of independent and chain restaurants over the years, and I bought my first Golden Corral restaurant in 1996.

Related: How These 8 Restaurant Chains Are Mixing Up Their Menus for Thanksgiving

Franchising gives me the opportunity to be my own boss and earn what I feel I am worth. I also believe it puts me in a position to have a positive influence on many others. I am able to directly interact with our employees and customers on a daily basis. Through all of our restaurants, I am able to provide more than 3,500 people with a steady income, and hopefully a positive work atmosphere.

Through our success, we have been able to give back to others in our community each year. [Holm comments on the Helpings from the Heart program.] It is something I am extremely proud of, and it may only be possible through developing a successful franchise operation.

My first job was busing tables in high school at the restaurant in which my mother worked. I came from a single-parent household and I did it to help support her and the rest of our family. I also had jobs at McDonald’s and Wendy’s, which gave me a firsthand look into the restaurant business. That provided me with some on-the-job training, which I used when I bought my first franchises several years later.

I was a partner with Golden Corral founder James Maynard in another business investment, Angel Diners. James suggested I get into franchising with Golden Corral. At the time I came along with Golden Corral, they were expanding their franchise opportunities and I felt there was a strong possibility for success in some areas in the South. Golden Corral had, and still does have, a great group of senior management that provides outstanding support for their franchisees. When I came on, I was able to help turn around four underperforming stores, and I guess you could say the rest is history.

I bought four existing stores from Golden Corral that had $12 million owed to the bank. We also had an additional $1 million in costs that included inventory, equipment and a management team.

A lot of my initial advice and knowledge of the franchise came directly from James Maynard. That was quite an advantage for me, to say the least. Being in the restaurant industry for years also gave me some additional insight into the Golden Corral brand and why it would be successful.

Related: Why Pizza Hut Expects to Set a Sales Record on Thanksgiving Eve

Well, I certainly didn’t expect that when I got into franchising that I would have to file for bankruptcy twice. One independent restaurant I owned fell into a sinkhole, and after I got back on my feet, I was forced into bankruptcy for a second time. I didn’t have a pity party after either experience, however. I had to "own it" and move on. I got back to work and learned from my mistakes. It is difficult to achieve success, but you have to work hard and be persistent each day.

My first piece of advice for franchisees is to use failure as a learning tool. We will all experience failure to some degree at some point in our professional careers. But the important part is what we can learn from that and how the changes we make can help us become better. I’m definitely living proof of that.

I would also recommend that franchise owners be engaged with your business. This is not an investor-based opportunity. It is an operator’s opportunity. One of the most rewarding parts of my job is to have the opportunity to interact with employees and customers on a daily basis. We are in the business of pleasing people, and that is a part of the job any franchisee should embrace.

I would like to continue to grow my business, expand by a few restaurants and grow to $250 million in annual sales. I have also recently expanded my business into the landscaping industry, with Keller Outdoor in Central Florida. In April 2016, we will open our first hotel chain, Marriott’s Fairfield Inn and Suites, in Celebration, Florida, just outside of Disney World.

Related: Food With Thought: How One Franchise Is Making the World a Better Place Through Sandwiches