Looking to Lose Weight? Researchers Say This Simple Switch Can Do the Trick.

Think of the last time you ate with a spoon. Maybe you indulged in pumpkin pie, scooping up decadent gobs of the festive, fatty dessert until you were stuffed. Or perhaps you carb-loaded on Grandma’s fruit cake, mindlessly spooning rich slabs of the dense treat to your lips, forgetting about your hips.

Admit it: you pigged out, like most people do during the holidays. And now you’re beating yourself up for it. Time to take action. Pick up a fork.

Believe it or not, eating with a fork instead of a spoon can help you shed pounds -- and help keep you from packing them on. That is according to the results of a new study published this week in the Journal of the Association for Consumer Research. Forking your food can also help you make healthier food choices overall.

Related: The Two Simple Things Everyone Needs for a Healthy Body

The University of South Florida study, titled “Forks Over Spoons: The Impact of Cutlery on Calorie Estimates,” found that the utensils a person eats with can “unknowingly influence his/her perceptions of the food, as well as how much he/she wants to eat.”

To conduct the study, researchers gave an undisclosed number of test subjects bite-sized samples of various tempting foods, such as chocolate cake, brownies and JELL-O. Some were given a spoon to eat with. Others were given a fork. The people who used spoons reported thinking what they ate was healthier than it was. They also reported wanting to eat more. The people who ate with forks consumed notably smaller portions.

“Foods tend to be tasted gradually when they are eaten with a spoon,” the study reads, “which leads bites of food to seem smaller when eating with a spoon than with a fork.”

Related: Gut Bacteria May Be the Key to Weight Loss

Bottom line: Eat with a fork and you’ll likely eat less, which equals fewer calories consumed. Eat with a spoon and you’re at a higher risk of overeating and, by extension, gaining weight.

Sounds like a heaping spoonful of common sense to us. After all, spoons have more surface area than forks, so, naturally, we’re inclined to unconsciously gobble up more with them. Plus, spoons pair perfectly with lots of fatty desserts, like cake, pie and ice cream. In the wrong hands, they’re a sweet disaster “weighting” to happen.

To see the researchers explain the study findings in their own words, fork and spoon in hand, check out this video clip. (You might want to crank up the volume, as the audio quality isn’t the best.)

Using forks over spoons isn’t the only healthy eating recommendation shared in the Journal. Another study detailed in its inaugural issue suggests that placing mirrors close to where you eat also contributes to weight loss. Duh. People don't like to watch themselves inhale junk food.

For more mindful eating tips from the new publication, check out the infographic below. It arrives just in time for your New Year’s resolution planning. 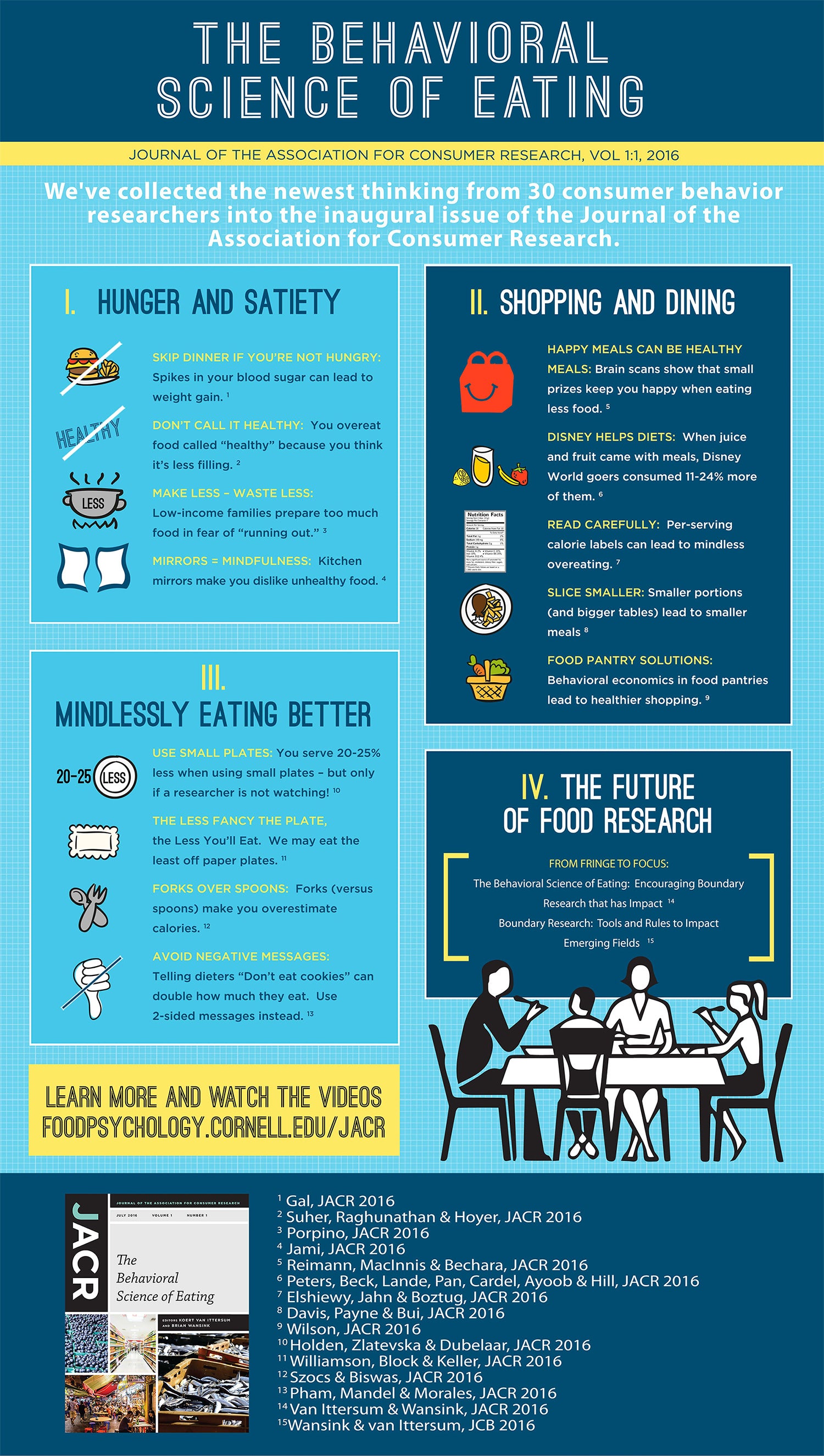 Related: The Case Against the Traditional Sit-Up