Unless Snowzilla knocked out your WiFi last weekend or you live under a rock, you probably know the Bill of which we speak. No, not your actual friend Bill. The fake stick-figure Bill. Yup, that one. The snarky jackass “Be Like Bill” Bill that wears a knitted beanie and stands next to dumb "poems" about your Facebook friends.

Bill thinks he’s a funny meme, but he’s not. The Bill backlash is real.

Related: Here's Why There's No Dislike Button on Facebook

Who’s to blame for “Be Like Bill” fever? A 23-year-old Moldovan expat named Eugeniu Croitoru who lives in Milan. He spawned that smarmy little runt late last year. His lovely creation, which auto-generates passive-aggressive (and flagrantly misogynistic) advice on how how not to act like a jerk on Facebook, has garnered 1.5 million likes so far. Yippee.

Croitoru’s genius explanation for his contribution to society: “‘Bill’ can be anyone who is smart and has common sense and who doesn’t do annoying things,” or so he told the BBC. “You’ll also notice Bill can be someone who makes fun of himself and jokes about others too occasionally.” 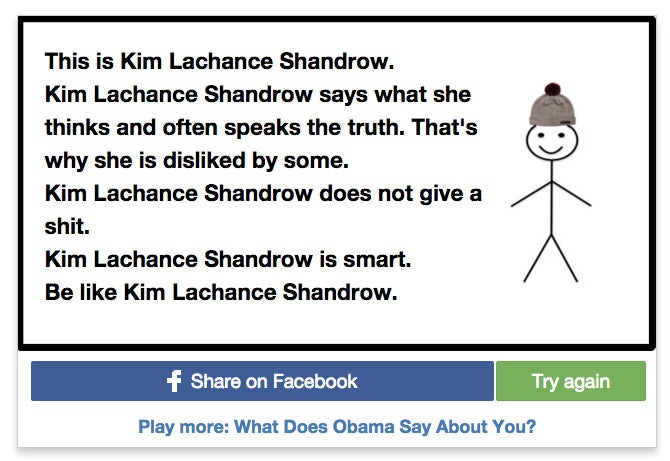 Be yourself. Don't let a stick figure police your behavior. And, for Pete's sake, don’t be like Bill.

Banish Bill. Delete him from your Facebook feed. If you don’t, you’ll just drive traffic to this crappy viral content bot.

The next time one of your sheep-like Facebook friends mucks up your feed with another preachy, idiotic Bill cartoon, be like us. Click on that little downward-facing arrow on the upper right hand side of their post. Then select “Hide all from” and -- congratulations -- Bill’s a-goner from your newsfeed forever. Lame brain meme drained.

Buh-bye, Bill, and the stupid stick figure you rode in on.